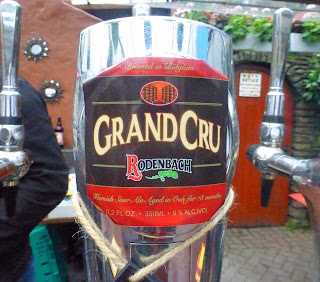 The focus during last weekend’s Franciscan Well October Beerfest was very much on premium beers from abroad. There were about two dozen excellent imported beers on tap and some of these were part of the core theme of Sour. But their own beers were not forgotten about either and there were a couple of tasting sessions in the upstairs bar to highlight these.

Our opening night visit concentrated on the sour section and you can see the details here. We were back there again on Saturday, again tasting a few of the imports, when there was a general invite, from Lisa, to join some fellow-punters upstairs. 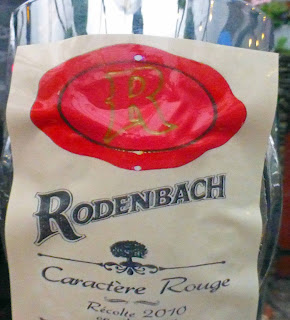 With the “students” seated comfortably, Lisa played a short video which took us through the beer-making process: malting, milling, mashing and mash tun (sugar extracted at high heat), Lautering (clarifying the wort which is basically unfermented beer, afterwards the spent grain is taken to a farm where the cows love it!).

At the boiling stage, hops are added to the wort for bitterness, hops added later for aroma. The wort is now pumped through a heat exchanger to the fermentation tanks.  Yeast is added to convert the sugars into alcohol. When this process is finished, the beer is ready for conditioning and filtering and finally packaging. I don’t think the Franciscan Well video is online but there is a reasonably similar English brewery one here.

Many Cork drinkers will have started their craft beer journey with a pint of Rebel Red so Lisa didn't include that one in our tasting. Instead, we began with a drink of Friar Weisse, their wheat beer. “We make it as German as possible,” she said. “A German brewery Weihenstephan sources the yeast for us.” 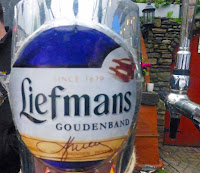 The Well adheres to the strict German brewing process to deliver this fantastic beer. Colour, we agreed, is a deepish gold and the beer is cloudy. There are aromas of clove and banana and the finish, the group concluded, is an average bitter. Lively carbonation reinforces a zesty light mouth feel. I am reminded why this was an early, and on-going, favourite of mine.

Soon we were on to my current favourite: Franciscan Well Chieftain IPA. This is a hugely popular IPA, and Franciscan Well’s answer to Ireland’s growing demand for IPA style beers. It is not, however, very pale. It is a medium amber with a coppery hue. It is clearer than the Friar Weisse, having been clarified with Irish Carrigeen moss. 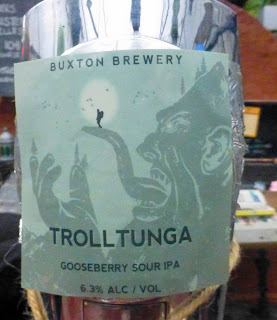 The aromas, Lisa helped us determine, are citrus, grapefruit and orange, coming from the American hops. Lisa said it has a bitter taste “technically”. “But not very bitter, a little lower than traditional IPAs but higher than the commercial ones.” This medium bodied beer starts off hoppy on the palate before the malt begins to balance the experience and then there’s a hoppy finish.

Both of these beers are part of the Franciscan Well’s core range: the others are the Rebel Red Ale and Shandon Stout.

Back downstairs then to try more of the guest beers and I got off to a flier with Grotten Sante Brown Beer. Pierre Celis, the founder of Hoegaarden, is credited with creating Grottenbier or ‘cave beer’ many years ago and this is a cave beer, aged in limestone caves and turned weekly, champagne style. This malty fruity zesty beer, with an alcohol volume of 6.5%, is made using small quantities of exotic herbs that create a slight dryness. A very pleasant experience indeed.

The next beer came from the USA, a Brett Citrus Saison. This is a sour beer, just not in name! Denver’s Crooked Stave are known for their progressive approach to old-world brewing. This Wild Sage Brett Saison is noted for its refreshing tartness and prominent notes of sage, wild herbs and lemon. Very impressive indeed. 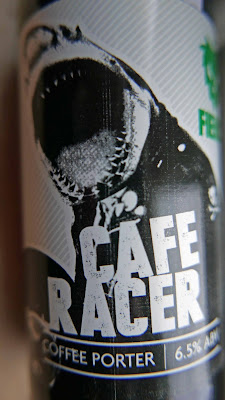 I had another American beer, the Left Hand Milk Stout, on my short list but it wasn't pouring until much later. I was offered the Fierce Beer Café Racer Coffee and Vanilla Porter instead and said yes. And we both kept saying yes to this one.

It is made in Scotland but the notes indicate it is American style dark roasted coffee and vanilla porter with a hint of danger. If this is danger, I can live with it. Indeed, I am living with it as we went straight across the river to Bradley’s to stock up with a few bottles. Good stuff! And a good day in the city as we left the beer festival and headed into the heart of the jazz festival, keeping a firm grip on the brown bags!