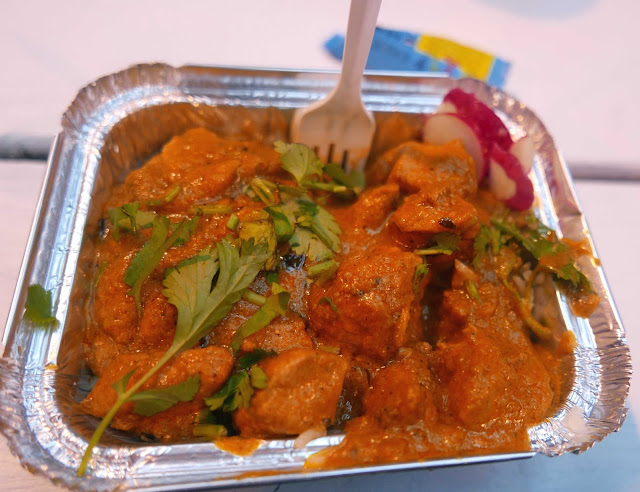 There is a weekly market in Strandhill but last Saturday was a bit special as the County Sligo resort held its inaugural Food Festival. It wasn't the best of mornings but the vast majority of the stands were under the substantial cover of Hangar No. 1, while a series of demos were held in the airport terminal building. 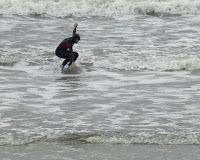 We had a arrived a couple of hours earlier to sample the local Voya Seaweed Baths that overlook the ocean where a surfing lesson was in progress. VOYA Seaweed Baths and organic treatments are especially recommended for those who are over worked, stressed or simply seeking an effective natural detoxifying process for the skin. Not too sure that any of those applied but I was keen to try it out.

A big welcome and then we were shown to our double bath room, the steam cabins and the baths all ready. We were warned to drink plenty of water over the next forty minutes or so and we did as we relaxed in the hot water under the seaweed, immediately feeling the oils on the skin. Good for the hair, they said. So it tried that! No miracles yet. But it was indeed a very relaxing hour. 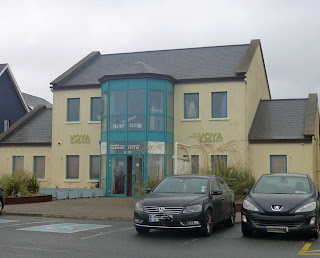 Then, with body temperature back to normal, we headed off to the nearby airport whose car park provided ample space for the many visitors throughout the day.  On entering, you immediately noticed the colours of the improvised decor, the music (different artists from time to time) and the many and varied stalls. The large industrials space had been turned into an indoor village square.

There weren't that many primary producers there but there was no shortage of food to eat and there were many tables scattered around. But what to eat? Hawaiian Pokés? Korean Burritos? Shells Cafe were offering temptations that included Smoked Mackerel Bap and Duck Confit Burger.

So you want to know what is a Hawaiian Poké? Well it’s mainly rice and tuna and fruit and sauce. You could take one of those offered on the menu or build your own as you can see from the photo (at bottom). 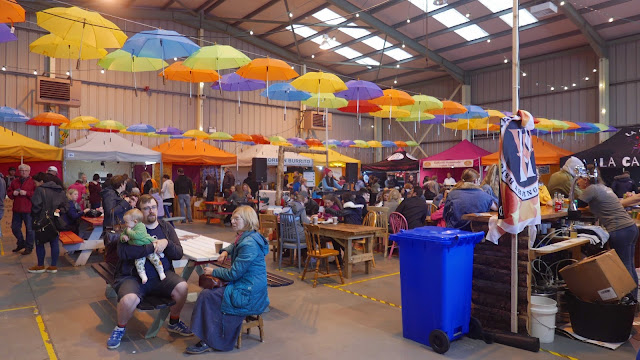 Must admit I liked the look of Joy Kitchen, particularly their Tikka Masala, and, after a second walkabout, that was the pick, a very flavoursome one as it turned out. Something sweet? Why not? The Black Sheep bakery stand was certainly busy, always a good sign. “All baked in the one oven,” said a smiling Sarah Elvey. All baked well if the two pastries we had were anything to go by!

No shortage of drinks either, including coffee from a truck, wines by the local Draft House and beer by Sligo’s White Hag. The most striking drink though was apple juice! Yes indeed, freshly squeezed apple juice from the Organic Centre.

Not too much produce that you could buy and bring home with you but we did spot some interesting bits, at the Sweet Beat stand where we met owner Carolanne Rushe. We had visited her cafe in Bridge Street in Sligo the day before and she was to do one of the cooking demos later in the afternoon. 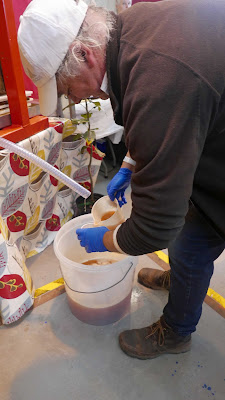 Sweet Beat had a selection of their gut loving plant-based ferments, featuring tons of local organic produce.. from Kimchi, Sauerkraut + Kombucha to their Apple Cider Vinegar + Fermented Cashew Cheesecakes.. and were also serving up some tasty dishes all day long. Their Super Kale Pesto (with activated almonds) caught my eye and made it all the way to Cork.

Unfortunately we didn't have time for all the demos. I would have liked to have seen Prannie Rhatigan but by then we were on our way to another visit at the other side of Sligo.

That demo stage was in the terminal building and here too the kids were kept happy with puppets, storytelling, and clowns. The festival started at noon and was scheduled to finish at eight in the evening but I did hear of at least one stall-holder who didn't leave until after ten. A long day then but a worthwhile one. 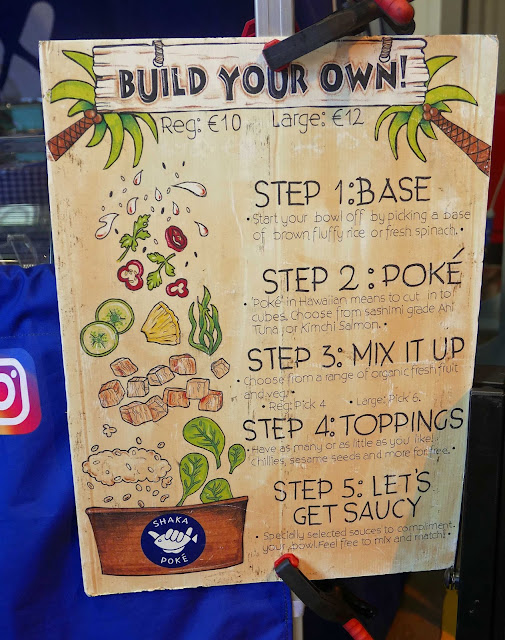