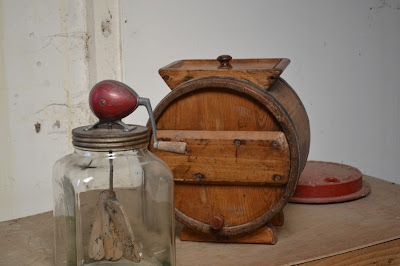 A Food Festival to launch the Old Butter Roads Food Trails will take place in Blarney from 29/4 to 1/5 2017. The initiative is being developed by the producers, eateries and visitor attractions to celebrate the range of foods grown and produced in the Muskerry, Duhallow and Avondhu areas of County Cork. The idea started in Blarney through which the Old Butter Road used to bring produce from Kerry via Millstreet into the Butter Market in Shandon to serve the great maritime trade.


The Old Butter Roads Food Trail escorts visitors through the fertile valleys—the breadbasket of Co Cork—where the rich pasture lands provide the most wholesome and delicious dairy, meats, grains, fruit and vegetables in the country.


The Festival will start on Saturday 29/4 with butter making demonstrations at 12pm and 2pm at the Butter Museum. In Blarney there will be talks between 2pm of 4pm at the Hydro Farm Allotments near Tower on the importance of growing food. A pony and trap will leave the Hydro Farm Allotments to deliver milk churns, the symbols of the Old Butter Roads, to businesses involved in Blarney on the Saturday afternoon about 4pm and be displayed by businesses involved in the Food Trail throughout the year.


Michael Creed the Minister for Agriculture, Food and the Marine will formally launch the Food Trail at the Church of Ireland, Blarney at 6pm on the Saturday, followed by food tasting from the producers and eateries of the trail.


On Sunday 30/4 there will be a ‘walk & talk’ with Tom O’Byrne at 2pm at the Clogheen Milken on the importance of the ecology. The Gab storytelling competition will take place at 3.30 in the Church of Ireland, followed by Smokin’ Good Time event at 6pm at the Old Blarney Post Office Café showcasing smoked produce of the area. Guest speakers include Tim McCarthy of Kanturk, Patrick Mulcahy of Ballinwillin House and Longueville Cider makers.


The Square Table restaurant Blarney will be hosting a food event at 8pm. It is a tasting menu which will showcase all the producers on the Old Butter Road Food Trail.  The Farm in Grenagh is holding an open weekend with butter making demonstrations on Monday 1/5 – International Butter Day.
The Old Butter Roads Food Trail will host events in Kanturk, Macroom, Mallow and Mitchelstown in the following few months to celebrate the food and drink produce of the area.