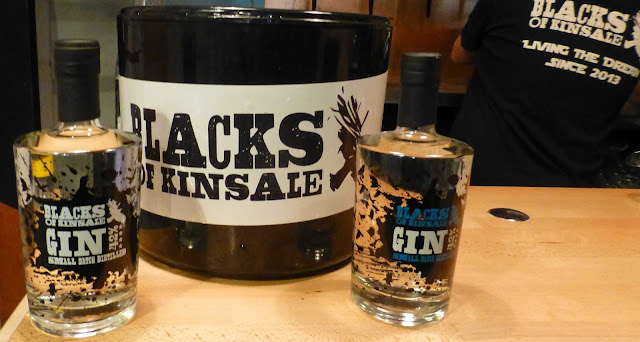 The sun came too as the Munster Wine and Dine members headed for Kinsale last Friday. The major calls were to Black’s Brewery (and Distillery now) for a tasting and tour and, after a drink at The Spaniard, dinner at the Man Friday (long established but with a new kid on the block).

The Blacks have been making gin for the past two years or so and there were many versions before Maudeline felt happy with it. Think we all felt happy with it, after the on-site tasting on Friday. “Angelica and orris root combine with liquorice, juniper and coriander whilst distinctly citrus notes linger at the end to enhance a dry finish” is the official tasting note.It is available in Dunnes Stores and at many independents as well. 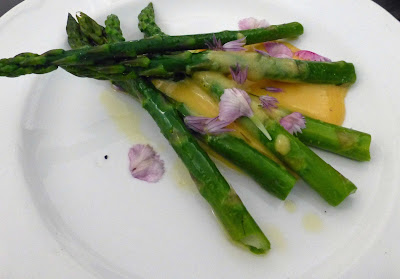 Maudeline, who instigated the gin-making, and husband Sam have quite a range of beers but the 1601, named after the famous local battle that had national implications to say the least, is their first lager. Sam explained a few things about lager as we sipped the flavoursome drink. “A different type of yeast is used, it is cold fermented, takes longer to mature and this one is also gluten free”.

Sam then took us around the brewery - the gin is in the same building but in a separate compartment which we saw a little later. We would also sample their best seller, the Kinsale Pale Ale. “Hops add flavour here and also counteract the sweetness of the barley”.
As the tour went on he answered questions on the functions of the various tanks and so on. People wanted to see the bottling but that is contracted out. Canning though is done on a regular basis by a mobile canning machine that calls to the site.

He acknowledged that the craft scene is a nice industry where everyone gets on quite well together. He is pretty confident about the future. “The rebate we craft brewers get allows us to compete and if the proposed legislation enabling small brewers to sell their beers direct to on-site visitors gets through, that will be a good thing. We employ six here and we’ll have one extra for the summer.”

Heather and verbena may be among the local botanicals in the gin, he hinted when we reached the distillery. “Each batch may be that little bit different but it is always good,” he promised. By the way, his alcohol is whey based and comes from Carbery in West Cork.

Not too sure he promised wife Maudeline that he’d stop taking kit from the kitchen. The hair-drier has been used to heat surfaces so that labels can be applied to the gin bottles and a food mixer had also been pressed into use. He did promise that we’d be drinking his rum in three years time! And that is just one development that this inventive and busy couple have up their sleeves! 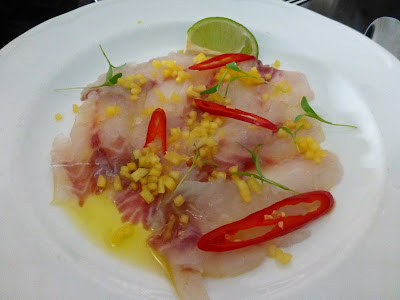 We gathered outside the gable end of The Spaniard ahead of crossing the road into Man Friday where son Daniel is continuing his take-over in the kitchens. There is a great view from the part of the dining room where our group of thirty plus were seated but soon all eyes were on the plates.

We nibbled away on some very tasty charcuterie as we studied the menu and sipped the wines. My starter was the New Season Asparagus with Stonewell Cider Hollandaise and edible flowers. All eminently edible! Also enjoyed around me were Sea Bass Carpaccio with mango, baby coriander & lime and the Bruschetta with Macroom Mozzarella n’duja, courgette, rocket and fennel.

The high standard continued with the main course where my pick was the Local Cod with cauliflower purée, shaved asparagus, fennel, radish, peas, chilli oil and a beurre blanc. Great reports on the Slow Cooked new season shoulder of lamb with wilted spinach, roast Jerusalem artichoke, agresto and crème fraiche.

The finalé was the Almond and Rhubarb Tart with vanilla ice-cream and then Daniel was persuaded to make an appearance to take a well deserved round of applause.

The next event on the calendar will be the Super-Valu Wine Selection Panel in L'Atitude 51 on Wednesday May 24th.