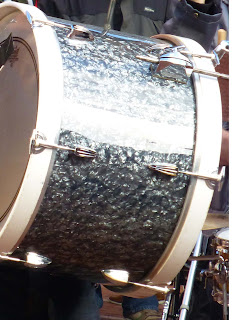 Muddy Waters, too, sometimes played with the travelling medicine shows that passed through Mississippi…..
Elsewhere, in the 1940s and 50s, black musicians were often only able to tour through a segregated United States on the ‘chitlin circuit’ - ‘a string of black-owned honky-tonks, night clubs, and theaters’- so-called because the venues also served up chitlins (chitterlings) and other soul food. In that pre-civil rights era, this circuit sustained the careers of performers such as James Brown, B.B. King, Ray Charles and Aretha Franklin.

From Easy Riders, Rolling Stones (on the road in America, from Delta Blues to 70s Rock) by John Scanlan (2015)
#AmuseBouche amuse bouche