Pat O’Connell’s The Fishmonger, a memoir of life in the English Market in particular and of  growing up in Cork City in general, was launched with a shoal of fish puns in that very market in midweek.

Diarmuid O'Driscoll, himself an author (he co-wrote the market’s history, Serving a City, with his brother Donal) was breaming - well, we all caught the pun fever - as he spoke at the launch. “I was expecting a load of pollocks,” he said. “But it is brill!”

Cork's Mayor Catherine Clancy was in tip top form too as she officially launched the book for Pat who then took the mike and began talking about Pickles. We were wondering where this was leading us. But he was spot-on, comparing the sudden fame that descended on the dog Pickles after he found the stolen World Cup trophy in 1966 with Pat’s own rise to international prominence when he entertained Queen Elizabeth at his stall in the market.

And now that fame has led to the book. Pat admitted that it was a tougher assignment than anticipated and paid big tributes to his many helpers along the way, especially to his family and his great staff. He also paid a moving tribute to his departed mother and father. It was his mother Kay who started the now famous fish stall in the early sixties. 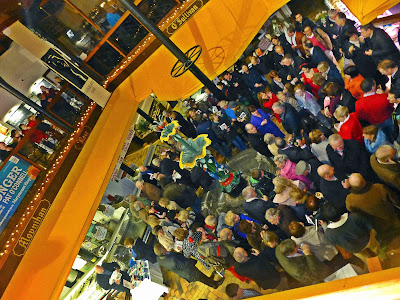 Thanks also for the Hartes (Rebecca and Kay of the Farmgate) who, with help from the traders, organised the food and drink for the evening's function. Pat said there was a great camaraderie among the traders and together it came to more than the sum of its parts. “Keep the market going,” he said. “City Hall, look after it. Future generations will thank you.” And so say all of us.

He finished by reminding us that his share of the proceeds from the book would go to Marymount Hospice: “Wonderful people, wonderful organisation.” Well done boy! 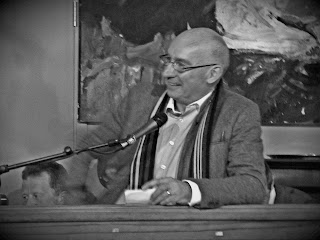