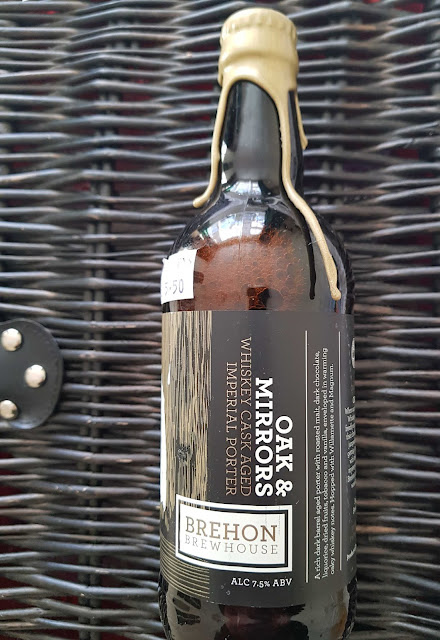 Very difficult to separate the contenders but the nod for my Beer of the Year goes to the Brehon Brewhouse Oak & Mirrors Cask Aged Imperial Porter. Brehon: "Whiskey-aged porter from a collaboration with our good friends at TWO STACKS using their freshly emptied single malt cask to mature our brew. Of course, getting it right took a few tastings with the lads. This is a superior whiskey cask-aged imperial porter that will please the most discerning of whiskey-loving palettes. Limited edition.."

Below are more of my favourites from the past 12 months. I'm lucky to have a great supplier here in Cork City and virtually every brewer in the country will know of Bradley's in North Main Street. There's a wall of beer there but I'm conscious that quite a few others don't make it this far south and so I've used various online shops to broaden my scope. If you feel, your beer is missing out, do please let me have a DM with info as to where I can buy it.