A Quart of Ale± #87. On the craft journey with a session of Whiplash, Journeyman, O Brother, Trouble Brewing 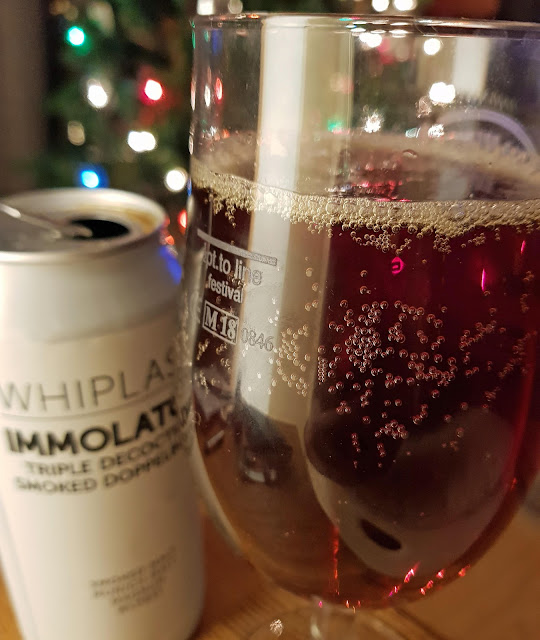 This lager, for that’s what it is, has a red colour, thanks in part to the treble decoction. Treble what? Look decoction up here. And this dopplebock is also smoked! And that means you get quite a bit of bacon in the flavours! According to the ever enthusiastic, ever inventive crew at Whiplash this is the lager you need but don’t deserve this winter! Not your common garden lager. One to enjoy though.

That smokiness is down to the Beech Smoked Malt, straight from the German town and beer pilgrimage site of Bamberg.

I’ll let the Whiplash gang tell you the story: A simple base of Light Munich and Beech Smoked Malt straight from Bamberg, this one is a homage to a Bamberg classic. We’ve brought our own flair to the party by lashing this one into our dedicated decoction vessel not once, not twice, but thrice. The benefit of which has added colour and caramel malt richness to this one without incorporating any cloying sweetness. A touch of Magnum in the boil, a ferment on our house lager yeast WLP833, and a very long cold maturation has delivered something that’s both huge and strangely nuanced and all the while is like living in smokehouse, supping big German lagers in the middle of a bacon fight.

After opening on the red colour, you may well sniff out a little bacon in the modest aromas. Modest then goes out the window on the intense palate. Intense but not at all overly so. That caramel malt richness is certainly there.  And the bacon is there but not a dominating factor. Overall, there’s a good balance, a Marzan style richness, between the main actors, the malt and smoke, right through to the finish. Be sure and try one for this is a beer to shift you from the routine.

Better again, try this along with Kinnegar’s Rauchbier, Galway Bay’s Marzen to the Fire Smoked Marzen and Wicklow Wolf’s Ranchero. Could be quite a session especially if you add the Bamberg classic Aecht Schlenkerla Rauchbier Märzen (fairly widely available in Ireland).

Wikipedia describes an immolator as “One of a sect of Russian fanatics who practised self-mutilation and sacrifice”. Would the lash of a whip have anything to do with that self-mutilation? Don’t see anything on the can’s small print emoticon!!! In any event, I’m up for a can of this Whiplash anyway! 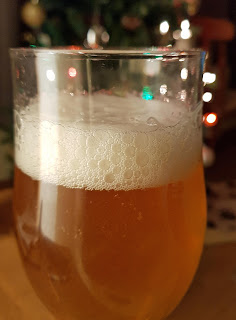 Pale orange colour, a hazy one, but lots of bubbles visible. Nice soft head is not for hanging around. Aromas are fresh and tangy, citrus led, hints of pine. Fruity enough on the palate and here too the malt shows up well and then a bitter-sweet finish. Refreshing with good balance, easy-drinking and well fitted out for that session.

Based at the Station Works in Dundalk, the Pearse Lyons Brewery is known for The Foxes Rock range of Irish Craft Beers. Foxes Rock is produced alongside well known Irish brands such as our Journeyman and Brown Bear. Lots of brew specials hit the bars and shops throughout the year. Station Works and the Pearse Lyons Distillery (near St Jame’s) are part of the family owned Alltech Beverage company that is also brewing and distilling in the USA.

“The Chancer is our American-style pale ale, a bold and fresh one.”

It has a straw/orange colour, a soft white head with little staying power. More pleasant than bold in the aromas with citrus leading the way, pine notes in there too, the hops having their say.  And the grapefruit flavours, now with more exotic companions, are found on the palate but quite a bit of balance there too thanks to the light malt base of Irish Pale and Cara Malt. All in all quite a refreshing thirst quencher, with a clean crisp finish. Go on and take a chance!

The hops are Galaxy and Cascade. The American Cascade gets much of the credit for the Grapefruit and floral notes while the Cascade (from Oz) shows its paces with Passionfruit and Peach and also some citrus. 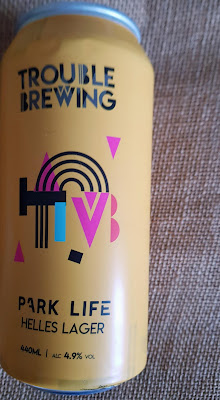 Light amber is the colour of this Helles Lager from Kildare’s Trouble Brewing; the white fluffy head is quick to vanish. Aromas are light, just a touch of citrus. It is though full-bodied on the palate with malty biscuity-flavours, very refreshing. Pretty true to type and one of their core beers.

Helles is a type of lager, traditionally produced around Munich in Germany. The Trouble version was originally brewed in collaboration with The Taphouse in Ranelagh

A little bit on Trouble, in their own words: When we started making beer ten years ago, there were less than ten craft breweries in Ireland. From the get-go we set ourselves apart by brewing styles that no one else was producing. Take our now legendary Pumpkin Ale, a first for Ireland and brewed with pumpkins grown by our founder Paul’s mom Deirdre. We were also at the forefront of bringing the east coast pale ale style to these shores and we continue to push the boundaries with new styles. We mainly brew hop forward, session beers to be enjoyed by all, but we’re always happy to experiment — only a few ideas are too dumb.