A Quart of Ale± #89. On the craft with West Cork, Journeyman, Whiplash and Killarney. News from Rascals, Kinnegar, BeoirFest On the craft journey with a session of West Cork, Journeyman, Whiplash and Killarney

From Ireland’s most southerly brewery comes this Stout x StoutWest Milk Stout. Black as the Baltimore night with a slowly sinking tan head on top. Mild aromas of chocolate and coffee and a hint of cinnamon. And these continue to the palate, the milk chocolate still moderate, pleasantly so, with a sweet touch of honey and lemon. 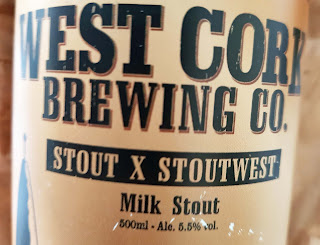 Not one of those beers that blows you away. None the worse for that. This is more on the traditional side, sails rather than horse power, steady as she goes, she’ll get you home, relax and chat as your boat comes in. A decent finish.

They say: Located in picturesque Baltimore on the shores of the Atlantic, West Cork Brewing Company, hand-brews each brew “using our own well-water and the most traditional methods. We hope it does for you what it has done for us - bring friends together.”

More: All beers are unfiltered, unpasteurised and vegan friendly as only whirlfloc (carrageenan moss) is used to aid in clarification. 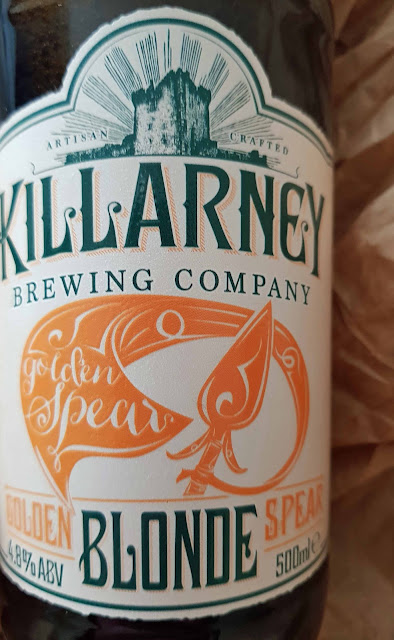 This blonde is a honey blonde from Killarney, with a foamy white top that slides down slowly enough. Lots of bubbles spouting up through the clear beer.

Refreshing from first contact, with its malt character “from several specialty malts and a touch of wheat” showing well. There’s a modest floral aroma and enough hops on the palate to balance this easy-drinking beer. Easy-drinking from me means no rush, take it easy and enjoy. As you’d expect with an IBU of 30, the finish is quite dry, lipsmackingly so!

The brewery relates the legend that gave rise to the name:  Fionn Mac Cumhaill, Ireland’s heroic warrior and hunter, often hunted on the shores of the lakes of Killarney and throughout the McGillycuddy Reeks. One day while climbing Torc mountain, he was attacked by a magical, ferocious boar. With a single blow, Fionn killed the lunging boar in mid-air with his fabled golden spear. Savour a pint of our delicious Golden Spear while toasting our legendary warrior!

"Construction is well under way at our new brewery, distillery and visitor centre on the picturesque Ring of Kerry, with views of the MacGillycuddy Reeks and lakes of Killarney. This state-of-the-art facility will meet growing demand for our beers and with a custom built malt and grain distillery, it will be home to our luxury spirits portfolio. The €24 million investment, a stunning one-of-a-kind 62,000 sqft complex, will be Ireland’s largest independently owned facility. It will provide a cultural home to the thriving business, local employment and meet the growing demand for premium Irish products and experiences." 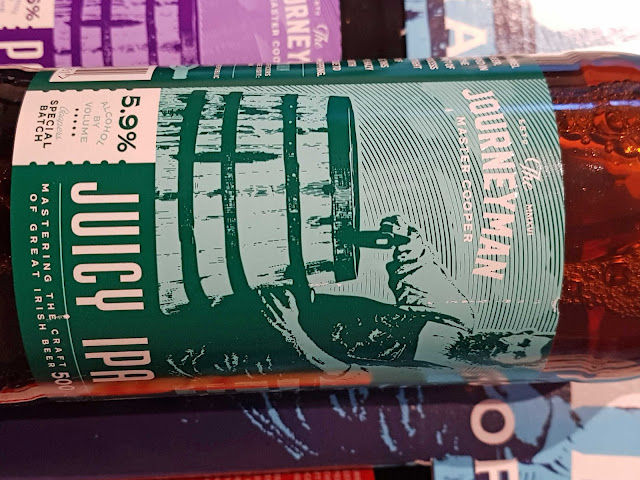 Journeyman’s Juicy IPA has a murky orange colour with a white head that hangs about a while. It is hoppy for sure, no shortage of fruit flavours, thanks in large measure to generous dry hopping. This is another well made beer in the Cooper’s Special Batch series brewed for SuperValu and Centra.

It is produced by the Pearse Lyons Brewery at the Stationworks Brewery in Dundalk, a new brewery opened in late 2018 on the site of the former MacArdle Brewery (closed 2001, after 140 years). Stationworks was the name of a Newry brewery that Lyons (via parent company Alltech Beverage) bought a few years earlier and that name was reused in the Dundalk brewery where the award-winning own-brand Foxes Rock range (also available in SuperValu) is also produced. 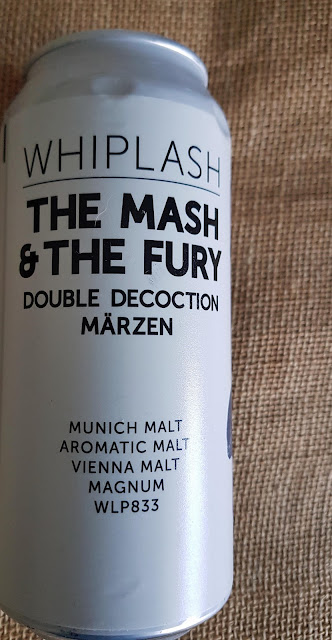 This is a lager, though you would not say so if you were going solely by the colour which is a darkish red topped by a tan head already fading to a thin disc. This lager is “at the dark end of the spectrum”. Aromas are complex, rum and raisin, caramel too.

And that caramel and raisin are prominent on the palate in this amazing beer with its unreal depth of flavour. No doubt it is hard to classify this one, but is fermented with their influential lager yeast and “lagered until it’s ready.” It is ready, according to Whiplash (who should know!), so give it a lash and enjoy it from first whiff to that slightly sweet finish.

They say: Our lager series continues with The Mash & The Fury, a hyper traditional Double Decoction Märzen…..For the uninitiated, decoction is the age old process of boiling a portion of the mash to better utilise undermodified grain. As malting technology has improved, this has become an anachronism and most modern brewhouses are now built without the means to decoct mashes. Only the few who still believe that the distinct caramelisations that decoction produces cannot be imitated still employ this sorcery. We are one of those breweries.

On the lookout for Rascals Big Smoke?

The Big Smoke returns! This exceptional imperial stout has been brewed in collaboration with The Dubliner Liberties Distillery, in whose bourbon barrels we aged a smoked porter for over half a year. The results are sublime and intense: a rich, smoky 12% stout with subtle hints of chocolate and vanilla, underlined by a gently warming bourbon taste. The complex malt bill includes beech-smoked and oak-smoked barley for a rounded fragrant smoky flavour as well as chocolate malt and chocolate wheat for hints of dark, bitter cocoa. Magnum hops provide a clean bitterness and hint of spice. 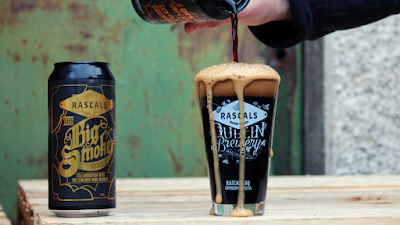 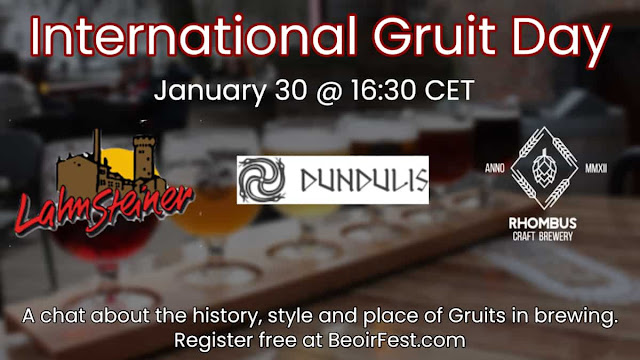 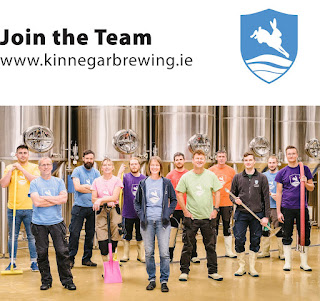