Have you been "Upstairs" at The Quay Coop? If Not, Now's the Time to Call.

Have you been "Upstairs" at The Quay Coop?

If Not, Now's the Time to Call. 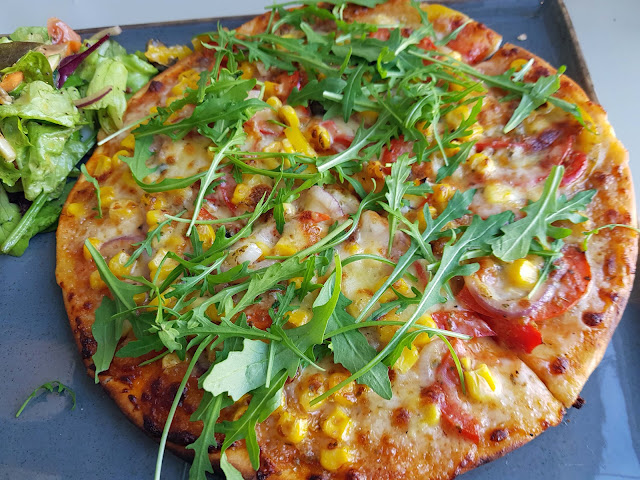 It’s an ill wind that blows nobody any good. 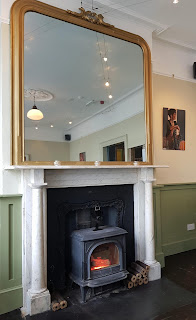 Covid 19 has been the most recent of ill winds but even the omnipresent pandemic proved the truth of the old saying above. Just take a look at Upstairs, the restaurant at the Quay Coop, now one of the most beautiful dining rooms in the city. And, while you are there, in the former pawnbrokers premises, take a look at the revamped menu. And order some of the magnificent vegetarian food on offer.

With Covid restricting much of the restaurant’s normal activity, the Coop got working and gave the Upstairs a beautiful renovation and, while they were at, gave the menu an upgrade as well. Customers, without doing anything much, are the winners.

We dropped in last week and soon found ourselves seated by one of the best windows in the house, overlooking the quay itself, taking in the passing people and traffic, all the while enjoying the nicely judged heat from the stove a few yards away. And, when we got enough of the passing scene outside, we turned our eyes to the feast of art on the walls, the work of local artist Eileen Healy.

But not before those same eyes had studied the new menu. The mains looked like serious dishes so we decided to share a starter and later, with first impressions confirmed, a dessert.

Took a while for me to settle on my mains. Had been looking at the Tarka Dhal but in the end picked the Pizza for the day. The Dhal would have been the more adventurous choice but something about the Pizza attracted me and I had no regrets, after all I can always call again!

Enjoyed my  delicious base topped with sweetcorn, peppers, red onions, tomatoes and a handful of rocket, served with an excellent salad. Great colour, flavour and texture with those sweetcorn and onions leading the way. The pizza base itself was also delicious and stayed that way, never hardened at all, right to the end.

CL meanwhile was quite enough, a good sign, as she tucked into her substantial Enchilada which was packed to its generous limits with Mexican spiced three bean vegetables and served with melted cheddar, guacamole, sour cream and salsa. 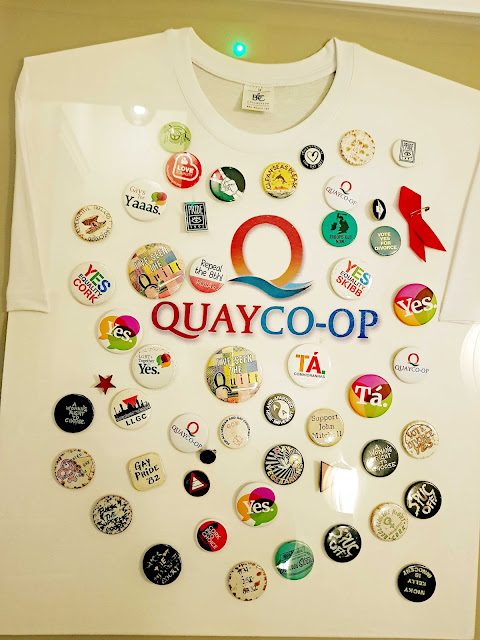 Quite a choice of starters here also. We thought the Mezze Board might be the one. It came in two sizes and, even though sharing, we went with the smaller one. A good pick and 9 euro well spent in a terrific selection of Artichoke hearts, roasted red peppers, traditional hummus, dolmas, toasted almonds & marinated olives served with seeded pitta . One of the very best of its kind that you’ll find in the Cork area. 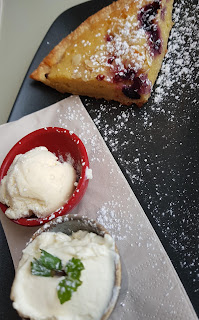 Dessert? Well, one will do and our server diplomatically dropped it in neutral territory and quickly withdrew! 😉. Was reminded of a veteran soccer referee when asked for advice about hopping the ball between two players. “Just throw it in quickly,” he advised “and move back.  I once got an expensive watch bursted by staying too close”. Our server was in no such danger but that Frangipane (Mixed berry almond tart with whipped cream or vanilla ice-cream)  certainly tested one’s manners!

And we didn’t have any drink! They have an excellent wine list, lots of organic wine, and the full array of craft beers from the Baltimore crew that run the West Cork brewery. Great service in a very comfortable venue. Well, worth a call. And do watch out for their 10 euro lunch menu.

Upstairs at The Co-op is open Wednesday to Saturday from 12 noon with last orders at 8pm. Please make an advance reservation. Walk-ins are accommodated whenever possible.

Upstairs are delighted to be able to show her work this winter: “Eileen recently announced the sale of her life’s work in an effort to secure a longterm home for her future. …. The housing shortage brought on by the banking crisis over 10 years ago still means that many people struggle to secure a home in Ireland and we applaud Eileen for highlighting this issue for the arts community. ”

You may have noticed I’m on a kind of “one, two” kick these days, usually consisting of a meal plus something else like a walk in a wood or a by the seaside or a visit to an attraction. This time, by coincidence, it was a visit to another art exhibition, this  the ODYSSEYS at the Crawford Art Gallery.

It marks the centenary of James Joyce’s modernist masterpiece Ulysses. The exhibition offers an exploration of journeys through art, from Ancient Greece to present times, with a special focus on James Joyce’s often overlooked relationship with Cork. Odd isn’t it how the rebel city has never claimed this particular rebel?

Serving the people of Cork since 1800, the Oyster Tavern may have been one of the pubs visited by Simon and Stephen Dedalus in A Portrait of the Artist as a Young Man. ‘Stephen watched the three glasses being raised from the counter as his father and his two cronies drank to the memory of their past.’

Joyce was not overly impressed with market smallholders, not clear if it was in the English Market or the Coal Quay. He wrote: One humiliation has succeeded another, the false smiles of the market sellers, the curveting and ogling of the barmaids with whom his father flirted.