from 21st July to 2nd August

Here's two to start with! 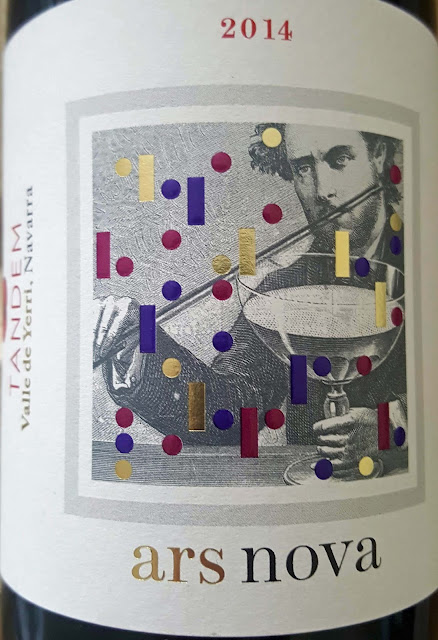 Dark ruby is the colour of this fresh and elegant blend of Tempranillo, Cabernet Sauvignon and Merlot from the northern fringe of the Navarra wine region. The darker berries (blackcurrant, blackberries) and herb-y notes feature in the aromas and accompany the wine onto the palate as well. It’s complex with spice also in the melange. But it is that fresh acidity that helps harmony reign in this blend and lifts Are Nova into the Very Highly Recommended category.

Founder José María Fraile: “We like freshness and elegance and luckily we’re in the coolest part of the appellation. It is super green where we are, a big contrast with the desert in the south. The Atlantic influence, the cool summer nights, and picking late in the season is good for the grapes and we get that natural acidity.”

Tandem was founded in 2003 by José María along with Alicia Eyaralar, and a small group of wine-loving relatives and friends. The vineyard is quite close to Pamplona.

This rich and complex red has been aged a minimum 24 months in concrete vats plus 9 months in 300-litre French oak barrels. Open, decant and let it breathe for half an hour before enjoying with a roast leg of lamb (or duck!).

The Latin Ars Nova translates to new art and indeed Ars Nova was a musical movement in the 14th Century which brought about the advent of volume in music. And Tandem thought this very applicable to their philosophy of this wine which also has their trademark acidity.

Watch out also for other Tandem wines on offer, including Ars in Vitro,  Tandem Mácula, and Tandem Inmácula 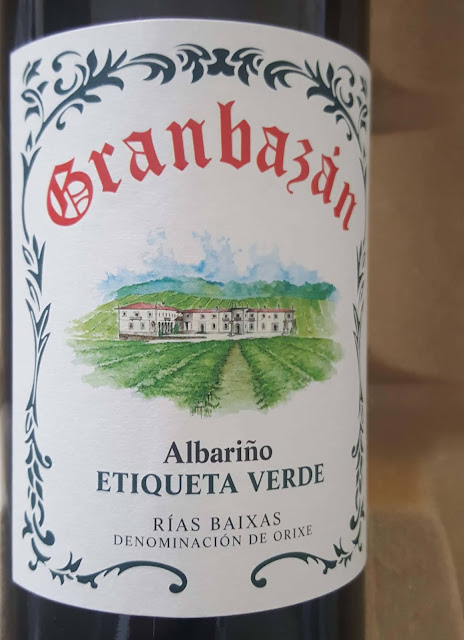 A few years ago, at a tasting in Cork, a wine professional’s statement that you never get a bad Albarino met with general agreement by those at the tasting table. What you do get however are some really excellent ones, that stand out from the crowd. This Granbazán is one of the stand outs, even if it's not their number one Albarino.

Colour of this gem is a light golden straw. Citrus aromas are expected and present, not so much the green apple though. The palate is outstandingly flavoursome, complex and zesty, citrus-y and briny with a slight spritz. Amazingly fresh acidity, dry of course and that slightly saline aftertaste. A striking mix of flavours that make you think fish for pairing, everything from ceviche to fish tacos, from mussels to plump oysters, from sardines to sushi. Very Highly Recommended.

O’Briens agree: A perfect match to any seafood. From the team behind our perennial-favourite, Contrapunto Albariño, Etiqueta Verde comes from the beautiful Bodegas Granbazán estate in the heart of the Salnés Valley in Rías Baixas.

The winemakers tells us that the fruit comes from vineyards of over 35 years old, “from a soil with high granite content, on the banks of the Arousa estuary, and with a strong Atlantic personality .A classic Albariño with the characteristics of the Salnés subzone. Destemmed and cold macerated for 6 to 8 hours. Controlled fermentation in a stainless Steel tank. Rest on its fine lees without batonage. Bottled 4 to 5 months after fermantation is complete”. A

And they add more pairings: spicy white meats and cheeses such as Camembert and San Simón (both from cows milk, soft and creamy) or Cabrales (a famous blue cheese).

As mentioned above, the Granbazán Contrapunto Albariño is a customer favourite in O'Briens and is massively reduced to €12.95 and another to look for is Granbazán Limousin.

With close on 90 wines reduced, the sale covers most of the Spanish regions. There is even a six bottle offer of Rioja. Some of the major producers are listed, including Torres. Many of you will be familiar with Campo Viejo - look out for their Garnacha.

And being Spain, it is not just still wines. There are at least two interesting sherries on the reduced list. Toro Albalá Fino Eléctric, from the lesser known Montilla-Moriles region, is made from the Pedro Ximenez grape but, instead of being sweet as you might expect, is bone dry. They also produce an Oloroso from the same grape and that too is reduced. And they both come in the smaller 50cc size, making them convenient to try!