Jacques and the outdoor city. Dining out on the banks of the Lee.

Jacques and the outdoor city. Dining out on the banks of the Lee. 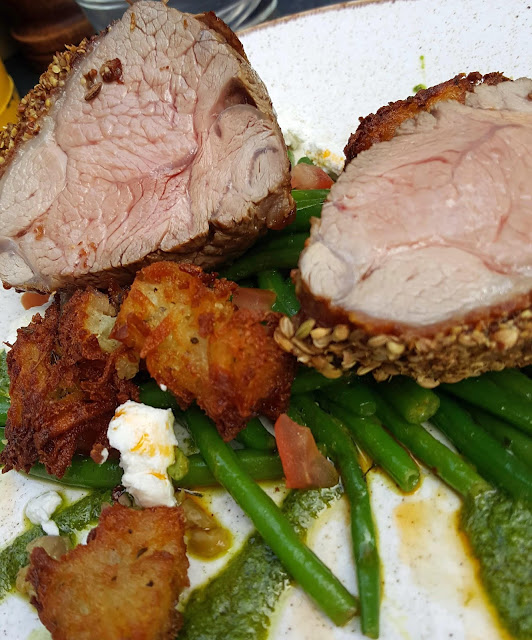 A delicious meal in Jacques last Thursday, was book-ended by a two-part walk around part of the city as Corkonians packed the many outdoor dining spaces that have sprung up in recent weeks.

Started by Thompsons in MacCurtain Street, then Isaacs. Greenes and Cask have their own “outdoor space” and that too was busy. The Metropole had a shaded, almost hidden, line of tables. The Shelbourne Bar has always had a lively outdoor area and that is now slightly enlarged. And so it continues on both sides of the street, most notably Son of a Bun. No such joy though for Bridge Street, with Da Mirco and others frustrated and hoping for an early resumption of indoor dining.

The Patrick Street space outside Le Chateau was packed. And then came the tight squeeze of Carey’s Lane where you had to watch your step while willingly giving the servers the right of way as they sought the clear path between the many tables from many restaurants and cafes. Harmony reigned in the tight spaces, no dissonant exchanges, just the soft jovial buzz of young and old enjoying the outdoors city.

Rory Gallagher Square was similarly abuzz with diners and drinkers and busy too was very narrow French Church Street though the likes of Cafe Mexicana is temporarily shuttered.

Leaving aside, for this time, the busy Cornmarket Street, Washington Street, Popes Quay, so many other side streets and squares, we headed across Patrick Street to Princes Street which the whole world knows by now is the epicentre of outdoor dining in the city, certainly the best-covered of the streets. Now we were heading for Jacques on Oliver Plunkett Street and noticed quite a few pubs had seats out and those seats full.

Had a quick look at Pembroke Street and that was busy too. Our destination was Phoenix Street and the original front entrance of Jacques and here we got a big and warm welcome from co-owners and co-founders Eithne and sister Jacque. Soon we were seated and studying the menu. You may also enter from the Oliver Plunkett Street door where Jacques have more outside tables.

And then a little coincidence. Hours earlier, Facebook showed me a memory from the same date (15th July) in 2017, of a crab and strawberry starter at Jacques. And yes, Crab and Strawberry featured again. The details: Fresh Castletownbere Crab Salad, Mixed Leaves, Bushby Strawberries and Mint (14.90).  Couldn’t resist going for this rather substantial starter again and was well satisfied with a super combination of tastes, textures and flavours. Lots of nibbles and small plates here, including Rossmore Oysters.

Lobster featured on the mains. Tempted by that for sure but since we had enjoyed it (as take-out) recently and also because I had been on a run of fish dishes, I decided to go with the lamb. I liked the description: Rump of Lamb Greek style (pink) in a crust of small seeds, green beans, tomato, olives, Ardsallagh Goats Cheese, and Crispy potatoes (28.00). I’ve been very happy indeed with some of my recent fish dishes and glad to report that the Jacques lamb was in that top class bracket as well, indeed one of the best lamb dishes I’ve come across in a long time. Very Highly Recommended.

I’ve also been delighted with recent desserts and that trend continued too at Jacques. Well, there’s never any hesitation if you read Bushbys on the menu: Bushby Strawberries, Vanilla ice-cream and honeycomb (7.50). Superb. Those Bushbys are the best and brought a lovely meal in the urban outdoors to a sweet conclusion!

As it happened, our Jacques table was directly opposite the space between Crane Lane and Arthur Mayne and I got a close up of that well-weathered timber door and the old brick steps that lead into that space (an long-standing sheltered, outdoor alley that has long been used for dining and drinking). That doorway by the way is now used as exit only and, in fairness, every customer that I saw approach read the notice and went back to enter via the Pembroke Street door of Arthur Maynes. Both places are under the Cork Heritage pubs umbrella and also had tables on Phoenix Street.

The sun was still strong as we two happy customers left our Jacques table and headed for a stroll and a look at Oliver Plunkett Street diners, lots of them, especially at the junction of the street with Caroline Street, many people enjoying the offerings of Jacques, the Oliver Plunkett itself, Cafe 115 and the Old Oak. And then another smaller concentration of diners outside the doors of Goldie, Elbow Lane and their mothership Market Lane. And a glance up Maylor Street revealed even more outdoor tables and diners!

We crossed the Mary Elmes bridge (lots of plastic bottles on the deck by the seating - didn’t spot any bin) to Patrick’s Quay. I had heard about the Harley’s Street market but didn’t expect it to be open in the evening. But open it was and busy too as customers lined up for smaller bites plus coffees from the likes of Taco Rebel, Bevs and Brews, and BBQ pop-up Bird Song and others.

Our stroll around was now coming to an end as we crossed MacCurtain Street and headed for the hills!