Organic Wine Film Features in The 1st Night of Ideas


Organic Wine Film Features in The 1st Night of Ideas 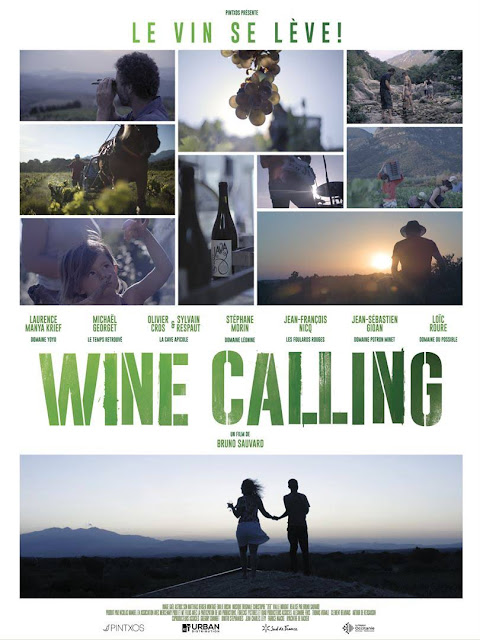 My friend Mary recalls, that back then (twenty years ago),  there were probably about 40 stands, now it’s over 1,200 and still increasing*. She was talking about the organic wine fair, Millésime Bio, in Montpelier at the end of this month.

Funny how things come together. Just finished reading that message when I noticed this intriguing title on a Facebook post: The 1st Night of Ideas in Cork: 'Wine Calling’. As you probably guessed, the wine word hooked me.

What’s it all about? The Irish Premiere Screening of 'Wine Calling’ is the short answer. Cork International Film Festival, in partnership with the French Embassy in Ireland, Institut Français and Alliance Française Cork, presents the Irish premiere of French documentary ‘Wine Calling’ (Le vin se lève) as part of The Night of Ideas, a worldwide initiative spearheaded by the Institut Français.

The post continues: “While there are more than 3,000 (me: reckon there’s an important zero missing here) wine producers in France, less than 3% of them use natural methods of wine production. For ethical reasons, this small community has chosen environmentally friendly practices, aimed at finding the natural expression of terroir and the living character of the wine. Director Bruno Sauvard followed this revolution in the South of France over the course of a year, from the harvest to the bottling, revealing a global movement for organic taste and sustainability.”

Less than ten years ago I remember a leading executive of the very large importer (UK and Ireland) discounting the possibility. Besides, some prominent wine writers were among the sceptics.  But the message was getting across. In 2013, at that year's Lit Fest in Ballymaloe, Mary Dowey (then with the Irish Times and a source of encouragement to Mary Pawle) said she thought the move to organic and biodynamic was one of “the most positive sides to the wine world”.

The rise of organic wine has been quite remarkable over a relatively short period of time as Mary Pawle’s experience and figures (approximate) indicate. It was indeed Mary who was telling me about Millesime Bio. She and Ivan will be there.

“Mainly,’’ she says,  “it’s a perfect opportunity to catch up with most of our producers, taste new vintages and tank samples and generally keep up to date with the ever increasing organic wine scene and we usually have one or two gaps in our range that we want to fill.’’ Bio is held over three days, 27th, 28th, 29th January.

Still a social call to some degree for the Kenmare based wine importer but Mary brings good walking shoes. “Nowadays I have to plan my meetings carefully to minimise trekking from hall to hall.  It’s not all work though and we do have plenty of fun meeting up with old friends and importers from other countries who we've known for many years and Montpellier has plenty of decent restaurants to keep us happy in the evenings.”

While Mary and Ivan will be in the south of France, the film will be screened in the intimate Cellar Theatre of the Mardyke Entertainment Complex in Sheares Street, Cork and will be followed by a panel discussion on The Night of Ideas theme “Being alive: ecological balances and the relation of man to the world, in a global context of biodiversity loss as a result of climate change” with special guest contributors: Nicolas Manuel, film producer;  Colm McCan and Pascal Rossignol, Le Caveau Wines; Dr. Oliver Moore, University College Cork Centre for Cooperative Studies and ACR2020 and Joe McNamee, Food Columnist and Food Feature Writer, the Irish Examiner, Contributing Editor with the McKennas’ Irish Food Guide, Contributing Editor with Taste of Ireland. And the finalé will be a wine reception, an opportunity to sample organic and natural French wines, specially selected by Le Caveau Wines. 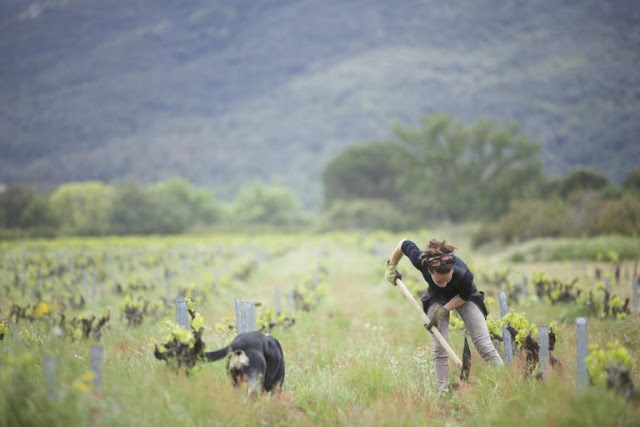 Tickets: €12 / €10 concession. Book here via the Cork International Film Festival.  The January 30th event is scheduled to commence at 6.00pm and finish at 8.30pm.