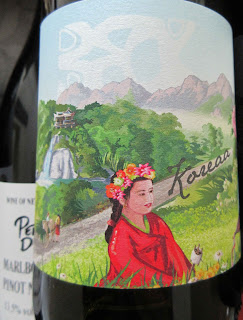 So how does an Austrian wine get to be called Koreaa. Some years back, Beck’s rented an old vineyard, originally parcelled out in the 1950s. It was then so far away from the village that people said of it that you might as well be going to Korea (the war was on in that country at the time). So, decades later, Judith decided to use that as a name for this wine.

You will see too that this is a Gemischter satz. What is that, you might well ask? I asked too and Le Caveau tell me it is a field blend, mainly Grüner Veltliner and Scheurebe but also composed of Welschriesling, Weissburgunder, Muskat and some Zweigelt (a red grape). Spontaneous wild yeast ferment is followed by 6 months in old oak barrels on its lees.

For me, the most important word on this wine is Beck, now one of my favourite wine-makers. So I have confidence when I approach this bottle with its light orange colour and it unusual melange of aromas: marmalade, honey, fresh herbs. In the mouth it is lush for sure with exotic flavours but importantly there is good acidity so all is in balance before that lip-smacking finish, for this is essentially a dry wine. Something different and Highly Recommended. 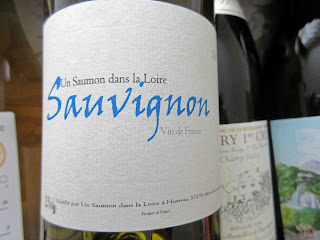 A Vin de France and also called Vin de Frantz (after the producer) is made from the fruit of 30-year old vines, fermented in stainless steel. Le Caveau tell me it is “great with simply prepared fish dishes”.

Vin de France as you probably know more or less replaced the old Vin de Table and covers the whole country. But this vineyard is in the tiny Montlouis appellation, which has to put up with living in the shadow of the much better known Vouvray on the other side of the river Loire. Montlouis is about halfway between Tours and Amboise.

This excellent organic Sauvignon comes in a light gold colour. Citrus features in the moderately intense aromas. It has an engaging attack, lively and pleasantly tart, pleasantly fruity too (gooseberry). Fresh all the way to very good finish. Highly Recommended. 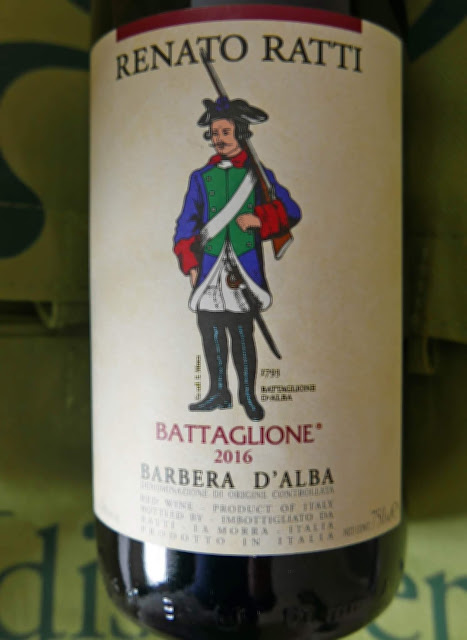 The late Renato Ratti has been credited, at least in Vino Italiano, with being “The Father of Modern Barolo”. He took that wine by the scruff of the neck in 60s and his more accessible style became a hit.

The production of classic affordable Piedmont wines goes on, now under the direction of son Pierro Ratti and “..the wines keep getting better” according to Vino Italiano.

This is a mid to dark ruby colour. Rich aromas of dark red fruits (berries, cherries, plums). Light and lively on the palate with engaging flavour and also a lively juicy acidity. A touch of sweetness too and a persistent finish. A terrific harmony between fruit, acidity and tannins, distinguishes this lovely wine with its rich body. Highly Recommended.

Pair with hearty dishes especially those featuring red meat and it will also do the business with aged cheese.

Much of the red wine in Piedmont is made with the Barbera grape. Alba is the town in the centre of the region and so you get the typical Italian combination in the wine’s name Barbera D’Alba.

* By the way, Karwig’s still have some wines left for you in their closing down sale which is due to finish on August 16th.