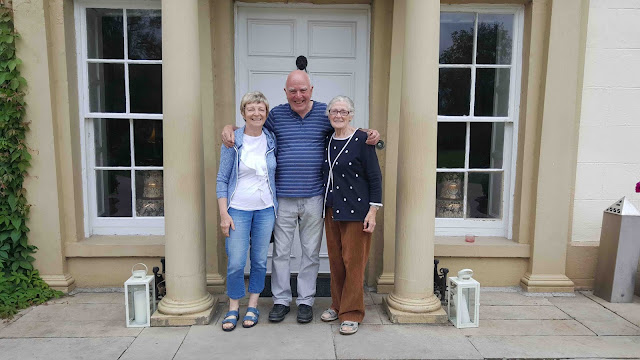 Back, in the middle of the previous century, a young farmer’s daughter from Mallow came to Cork’s Metropole Hotel to begin training in hospitality. Mary T., now long married to Raymond Sweeney, is still in the hotel business but now she heads up one of her own, the beautiful Castle Grove on the shores of Lough Swilly, where she gave us a superb welcome last month.

Back to those early days in the Met where she was one of a group of about two dozen, including three boys. “We were paid half-a-crown a week,” she recalled when we spoke in Donegal. “But we were fed and had our accommodation.” That accommodation had its own covered aerial walkway across Harleys Street, the narrow one on the eastern side of the hotel. By coincidence, as we arrived in Castle Grove so too did an email from the Met telling me about next month's Oyster Fest.

After the Metropole, Mary moved to Dublin where she worked in the old Jury’s. She was back in Cork again in the early 60s, helping get the brand new Silversprings Hotel find its feet. I missed her there by about a year as I, then a 15 year student, had a summer job in 1963 helping the steel fixing gang that were working on the foundations of the hotel (my pat was four shillings and ten pence an hour).

Later, Mary moved to Donegal and became manager of the Rosapenna Hotel (where we also stayed on this trip), that hotel then much smaller than it is nowadays. After marrying Raymond in 1970, Mary worked on the their 100-acre farm, back to her roots, and “loved it”.

But hospitality remained a strong love too and when Castle Grove came on the market they moved to buy it and were successful in 1989. “You could say the cows paid for it,” she said. They started from scratch, just a small scale B&B but, little by little, the Sweeneys built it up into the thriving enterprise that it is today. 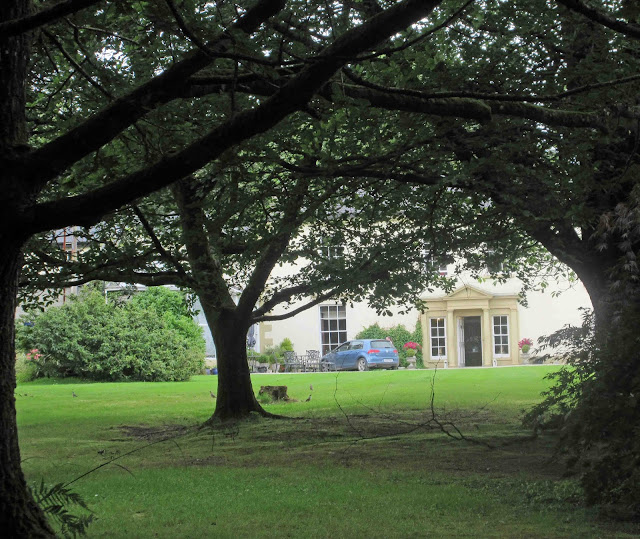 The house has 15 en suite guest bedrooms, all of which are carefully furnished with rare antiques, luxury fabrics, televisions, Egyptian cotton sheets, soft towels and indulgent toiletries. All bedrooms are also fitted with televisions as standard (even though many of  the guests welcome the opportunity to take a break from technology!).

While younger members of the family now run the house, you’ll certainly meet Mary around the place and she makes a point of meeting Cork people. She’s very much involved though, meeting and greeting many guests, and before the August weekend, she was helping organise their first Cider Festival (they make their own cider here).

The welcome from the Sweeney family and their staff is genuinely warm, everyone seems to have taken the cue from Mary. Always time for a wee chat, directions to nearby attractions, some very near, such as the walled garden and the short walk to the shore of the lough. You’ll be at home  in no time at all.

Castle Grove supports local (Kinnegar beers, for instance) and Mary is also involved in the wider community and just a couple of years back was given the Lifetime Achievement Award (Hall of Fame) by the Letterkenny Chamber of Commerce. You may see a short video of her interesting interview here.

On the morning we left, Mary was there to say goodbye. But not before we had another long interesting talk and a tour of their large collection of paintings in the various public rooms around the house. She and Raymond have put together quite a collection and the pride and joy is a fine group of landscape paintings from Connemara.

Their own extensive grounds are also very beautiful, also very well maintained. No wonder the 17th Century Georgian house is a popular spot for weddings. We absolutely enjoyed our stay here (dinner, B&B) and would very highly recommend the house and the family. It is convenient too for quite a few of the Donegal attractions, just a few miles from bustling Letterkenny, and well placed for visiting both Malin Head and the stunning Fanad lighthouse.
Castle Grove
Ramelton Road
Letterkenny
Co. Donegal
074 9151118
Also on this trip: Kinnegar Brewery
Something fishy  going on in Donegal
Superb Day Out at Oakfield Park & Buffers Bistro
Malin Head, Fanad and Rosguill Peninsulas
Downings. A Great Base for Donegal Visit