Banquets. HB Ice Cream. Cahill’s Grocery. The Doctor and The Pawnbroker. You’ll come across all this and so much more on a visit to the Bunratty Castle and Folk Park.

I’ve passed this County Clare attraction scores of times on my way up to Mayo, Galway, Sligo and Donegal, and to Clare itself. Never called. But remedied that recently with a deliberately planned visit. 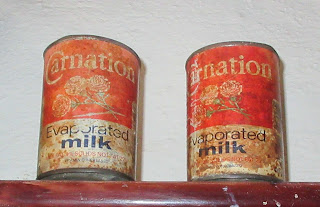 Bunratty is probably best known for its banquets. They are held all year round, twice nightly!  And that room was one of the first we visited when we reached the castle. The earlier Kings and Earls (of the O’Brien family) though dined in the Great Hall, also a place of judgement. Many other rooms, including the dungeon, to see in the restored castle and, when you reach the top, you have marvellous views over the countryside, including the Shannon.

So out and about then to the park, with all kinds of old buildings, from a Weaver’s Shed to a Blacksmith’s Forge, from the one-roomed Bothán Saor to the late Georgian Bunratty House. Some of the buildings have been removed en bloc(k!) from different locations. The Shannon Farmhouse, for instance once stood on the site of the main runway at Shannon. The Ardcroney Church was moved, stone by numbered stone, from the village of that name in Tipperary. 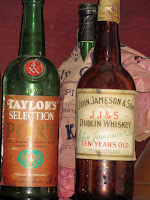 All the walking around can make you hungry. And aromas of baking draw you in to the well-appointed Golden Vale Farmhouse where herself is baking a delicious looking apple-tart. To get yourself a slice, stroll over to the Tea Room and enjoy. You can also call to Mac’s Pub in the village for soup and sandwiches, an Irish Coffee, or a full lunch.

It was also feeding time for some of the animals as we got to that part of the park. The pigs were really anxious, squealing with anticipation, as they saw the hens getting fed nearby. Their turn came soon enough. You’ll also see the hens around the place, some pygmy goats, some strange-looking sheep on your walk. And you’ll also spot a couple of impressive and friendly wolfhounds, either in their compound or being walked around the grounds.

You’ll see a collection of farming tools and machines in the Talbot Collection, small scale yet well constructed engineering works such as the working vertical and horizontal mills. There’s a Regency Walled Garden. The Village Street has a Post Office (with red post box), a hardware store, a printworks and a grocery etc. 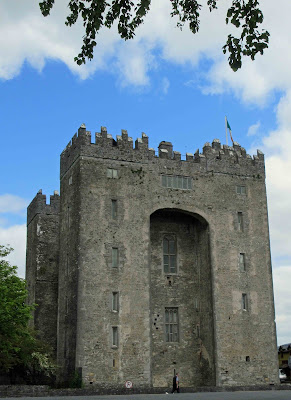 And in that grocery, and also in a few other places, you’ll spot “foodie” reminders of the past like Irel Coffee and Chicory, Harrington’s and Browne’s Mustard, Daniel Dunne’s Teas, OXO cubes, Seven Seas Cod Liver Oil, Carnation Evaporated Milk, Riley’s Toffee Rolls. Not all household names but I do recognise a few of them. I also spotted a can of liquid Cardinal Red floor polish - I’ve been told that I once ate a tin of the solid version. Don’t remember it though. Or the resultant napkins!

There are a couple of large houses on the walk  including Hazelbrook House. Built in 1898, this was the home to the Hughes Brothers who started a dairy industry in the 1800s and later produced HB Ice Cream which went on to become a household name.

It is quite a park, especially with all those steps and stairs in the castle included. It has something for everyone and you’ll get three or four hours of interest here and while the €16.95 entry fee may seem a bit steep at first, you will get value. 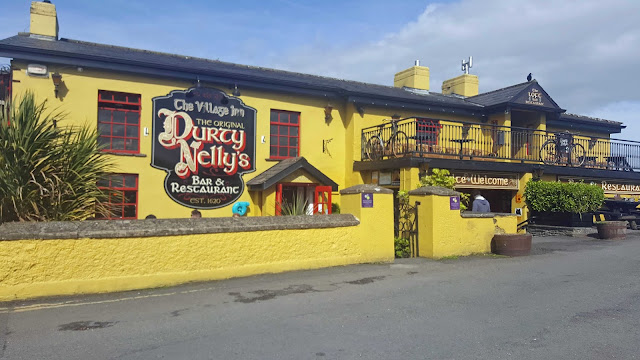 After all that, you may feel you deserve a drink and Durty Nelly’s, the well-known pub outside the gate, has that for you. Always busy here methinks and had to inch my way to the counter for a couple of ales which were thoroughly enjoyed on the wooden table and benches in the sun outside. By the way, if you are feeling peckish on arrival, you can get some decent snacks at Mr O’Regan’s café at the entrance to the castle before you get your ticket. There is a also a large souvenir shop here.
Also in Clare recently:Bunratty Castle & Folk ParkHazel Mountain ChocolateThe Burren BreweryA Tour of ClareSt Tola Goats Cheese visitBurren Gold CheeseHenry's Bistro & Wine Bar Ennis
Red Cliff Lodge Restaurant Spanish Point
Oar Doolin
Noel's Restaurant at Bunratty Manor
Naughton's Kilkee
Coast of Clare 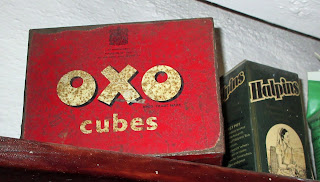 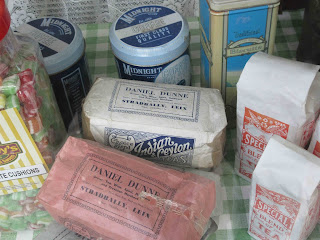 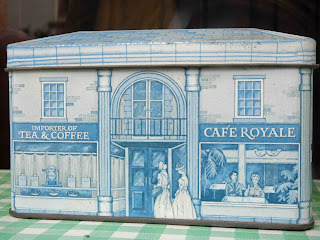 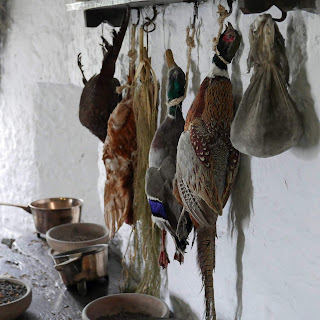