Funny how things work out. Didn’t intend to spend all of last Sunday night in the company of old rockers. But that’s what happened. Can’t really take full credit for it but it turned out to be a terrific night with a super meal in Gallagher’s GastroPub and a lively charity concert in the Everyman with Dezperado (an Eagles tribute band).

The first plan had been to call to the White Rabbit at the exact opposite end of MacCurtain Street to Gallagher’s and try something from the grill there along with a glass or two from their renowned Bourbon selection. But a block-booking at the Rabbit snared that one and so we, four of us, ended up in Gallagher’s, taking in the view (and the sun) from our window seat that also allowed a view across towards Shandon.

The reservation here had been online, made with D***a, and she was back confirming it within a few minutes. And that kind of customer service continued in the bar/restaurant when we met and chatted with R****n. Service with a smile is always a big help. 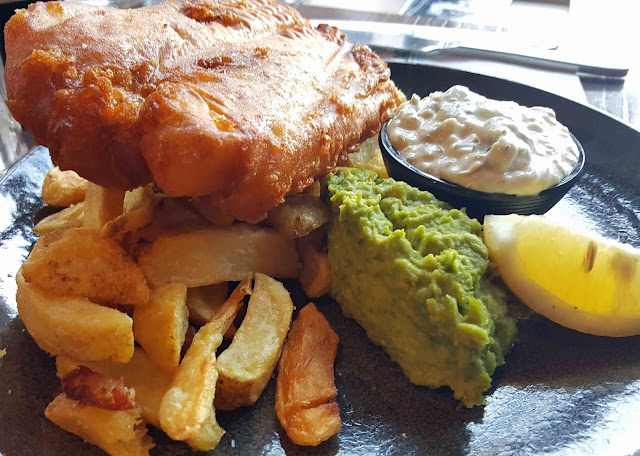 There are impressive sharing boards, a choice of meats and a also a choice of fish. Other mains include a Crispy pan-roasted kale and leek “Bubble and squeak” Jerusalem artichoke velouté, roasted artichoke, charred apple, Cashel Blue crumble and truffle oil. Being Sunday, you might go for their signature pie: Irish Beef and Cork’s local stout “Beamish” with root veg, topped with puff pastry and served with fries.

All very tempting but our two friends had a few tips for us. Firstly, the fish and chips is excellent and secondly be sure and study the Cork on a Fork Special. So we read that board: Hazelnut crumbed duck leg, asparagus, candied beetroot, charred baby gem, celeriac purée and duck fat potatoes (21 euro).

Three of us went for that and it was superb, not just the delicious duck but also the asparagus, the beetroot and the gem, not to mention those spuds! Gastropub is no empty title in this establishment. The fourth diner was following his Fish ’n Chips tip come what may and he too enjoyed a very satisfying mains. Described as locally sourced catch of the day (Haddock in this instance) in a Franciscan Well Chieftain IPA beer batter, fries, mushy peas and tartar sauce (18 euro).

Speaking of Franciscan Well, we enjoyed a few glasses of the Rebel Red and it was four very happy customers who said goodbye to Rock heroes Rory Gallagher (his portrait looked down on our table) and Phil Lynott (you’ll see him on your way downstairs to the toilets), and headed down the street to see the sold out Dezperado gig in aid of MS Ireland.

Veteran musicians from the Cork area formed the band - not all veterans by the way, young guitarist Sean Hegarty (playing with his dad Ray) showed enormous promise.  Lead vocalist Der O’Riordan and also Ken Healy belted out the well-known classics of the American band. Backing vocals were provided by Anita Curtin and Neasa de Baróid. 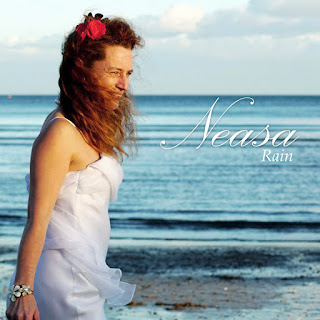 Earlier, Neasa and her band opened the evening and included her new single Rain due to be launched upstairs in the Spailpín Fánach on Friday evening (9.30 sharp). Neasa, a relation of CL's, is quite the composer and other songs enjoyed by Sunday’s audience included Mrs Murphy’s Moving On and Tabhair dom do Lamh.