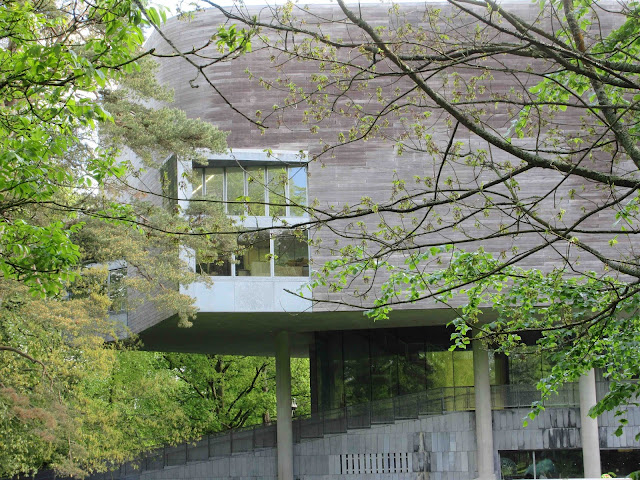 When it came to the whites, it was all Spain for me at the Vinostito stall during Tuesday's Spit 2019 tasting at the Glucksman in Cork. Louro do Bolo 2018 is by Rafael Palacios, the youngest of the famous brothers. It is 100% Godello from hilly country and granite soil in Valdeorras where 90% of the vines are white. This, newly bottled, has had a few months in oak and is a gem, full of fresh flavours, rich but with balancing acidity.

An outsider may find it hard to find differences in the popular Albarino wines. You have to look at the winemaker, advised Antonio. And the Albamar Pepe Luis 2017 is well worth looking at, mellow and delicious. The grapes are grown very close to the sea in small plots under pergolas. Neighbours pull together here.

Did you know that they have pre-phylloxera vines growing in Tenerife? Well they do and they make some great wine there. Next time you’re there, check out those produced by Suertes Del Marques. Their Trenzado 2017, a white blend from the Valle de la Orotava, part aged in oak, most of it aged in cement, is excellent, made from fruit of vines between 60 to 100 years old. Their red, made from Listan Negro, is La Solana. The vines are trained to grow more horizontally rather than vertical (below), and the vineyard claims their "cordon multiple" is unique. Back-breaking I'd say at harvest time. 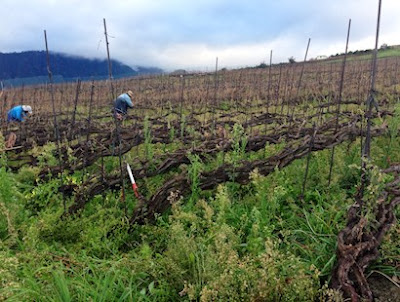 I’m a bit of sucker for Gamay, especially if it is as well made as “Corcellete” 2017 by Domaine Louis Claude Desvignes. “This is less traditional,” says Antonio. It is terrific though with a bit more backbone than normal in a Beaujolais.

Antonio enthused about Celler del Roure from Valencia in Spain. “This is a great story from a rediscovered and rehabilitated winery. The wines are made in the natural way and this is mellow, with great purity and freshness”. And indeed the Vermell 2017, a blend of Monastrell, Garnacha, Tintorera and Mando, has all those qualities, an excellent blend indeed.

The outstanding standard confined at the Grapecircus stand. My initial white here was the Verdicchio ‘Saltatempo’ 2017 by La Marca Di San Michele. “This is biodynamic,’ said the enthusiastic Enrico. “No additives at all, just a pure expression of the Verdicchio. The fruit is grown close to the sea but 400 meters above sea level. This is considered a top cru.” And you can consider this a top wine with a lovely finish.

Down south then to Campania for the Greco di Tufo 2016 by Bambinuto, another organic beauty, this from the village of St Paulino, 550/600m above sea level with volcanic soil. Enrico was keen to point out the ageing potential of this one, comparing it to Riesling. “No problem with ageing,” he said. And no problem with drinking it now either. Must say that the Greco and myself get on well.

There’s obviously a sense of humour in the Demencia winery in Bierzo in Spain. The grape is Mencia and the wine “Pyjama”. There’s even a pair of pyjama legs the length of the bottle. But don’t worry - they are not poking fun at the condition but giving thanks that an old forgotten vineyard has been brought back into life and the result is this excellent red.

Finished up here with another from the Loire: the Bourgueil ‘La Coudraye’ 2016 by Yannick Amirault. This organic wine is made, as is usual here, with Cabernet Franc. It is typically light, with a good finish. Indeed, it has all the usual Cabernet Franc characteristics with a touch extra backbone. Excellent.

And indeed, excellent all round.

When Vinostito first stared importing wines to Ireland, their focus was on Spanish wines. “Now, 10 years later, we focus also on Austria, France, Italy and Portugal.” Rafael Salazar and Antonio Lorente are the duo behind Vinostito.

Enrico Fantasia’s Grapecircus have, for more than a decade, been the “Italian wine experts in Ireland”. Now Enrico seeks out wines with character, personality and a true sense of origin and has found some beauties all over Europe.