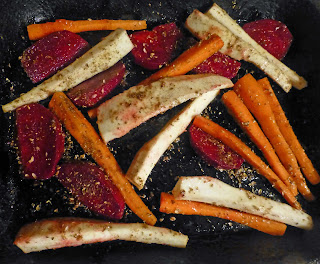 There he ate the meals that Visitación brought him twice a day, although in the last days he lost his appetite and fed only on vegetables. He soon acquired the forlorn look that one sees in vegetarians. His skin became covered with a thin moss, similar to that which flourished on the antique vest that he never took off, and his breath exhaled the odour of a sleeping animal.

from One Hundred Years of Solitude by Gabriel Garcia Márquez (1967). Very Highly Recommended