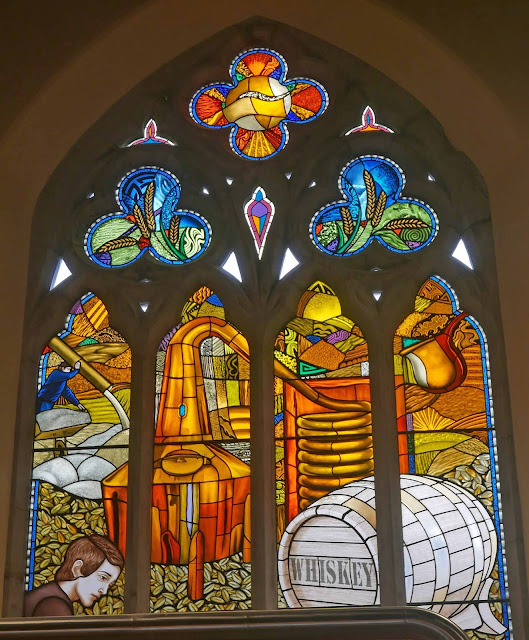 We begin our tour in the graveyard of the former church of St. James, now home to the Pearse Lyons Distillery. Here in the Golden Triangle in the heart of The Liberties we end with a sip of the golden Pearse Five-Year-Old Single Malt, the design and packaging inspired by the former church, now restored and with a unique blue glass spire. In addition, there is also a genuine old pub, McCann’s, on site and some of the tours end there for a drink.

When you have finished the tour, having heard how Deirdre and Pearse Lyons took over the rump of the old church and the overgrown graveyard (where up to 100,000 had been buried over the centuries) and transformed it, you realise that this is much more than just a business venture, more than a distillery.

We are here for the whiskey of course and our tour allows us quite a tasting, beginning with The Original. This has been raised in US barrels (from the Lyons Town Branch distillery in Lexington) and the vanilla shows. It is a lovely whiskey, citrus and smoke on the nose, sweet, light and a little smoky as you sip.

Our patient guide at this stage is James and he has all the answers telling us that our next whiskey, the Distiller’s Choice is a 3 to 9 year old blend of no less than seven Irish whiskies, 6 sourced by Mr Lyons plus their own malt whiskey (ex ale barrel, Lyons also have a brewery Alltech).

The Lyons distillery is quite new (though they had set up their equipment in Carlow for a few years before opening here in St Jame’s), hence the sourcing. The blend is perfect, again a touch of fruit (including citrus) on the nose, smooth and sweet and very satisfying indeed. 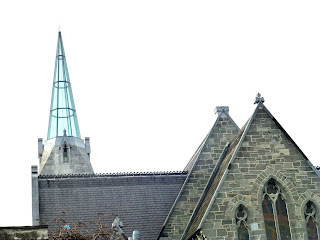 James was quite enthusiastic about the third whiskey, the Founder’s Choice, a 12 year old single malt. Again fruity on the nose with herbal notes too, sweet, oaky, herbal and spicy on the silky palate and finish. No wonder it is James’s favourite!

Number four is the Cooper’s Select, 42% like all the previous drinks. This a blend of 80% Single Malt and 20% Grain and has spent four years in Sherry cask. Dried fruit and coffee on the nose and that rich combination continues on the palate. This is an after-dinner drink and a very nice one too! But if you fancy it, you’d better act quickly as they won’t be producing this exact drink again.  James: “When it’s gone, it’s gone”.

The future is represented in more ways than one in our final Pearse tasting, the Single Malt. Its bottle shape is different to the previous four and will be standard for Pearse whiskey in the future. The standard within is exceptional. This by the way is all their own malt, raised in first and second fill Bourbon casks.

“It is the first five-year age statement Irish whiskey to appear from a new distillery in the whole of Ireland in more than 25 years. Presented in 4,000 individually numbered bottles, this limited release 5-Year-Old Single Malt was produced on two small-batch copper pot stills, and aged in bourbon casks.”

It is sweet, oaky, peppery. Still  young, yet full of promise, all very encouraging indeed. And it was also a bottle that I bought before I left!

Had an enjoyable taste of their Ha’penny Dublin Dry Gin, a small-batch, pot distilled gin featuring 13 expertly selected botanicals including Geranium, Dandelion, Lavender and Blackberry – all of which would have been growing in the nearby Phoenix Park in Victorian times when the bridge was built. The Ha’penny series also features a whiskey.

The counter where we tasted is set up in the church under a stained glass representation of a cooper at work. The stained glass windows are amazing; one commemorates the area’s connection with the Camino to Santiago di Compostela, another depicts how Irish Whiskey is made; the fourth shows the natural ingredients grown for “uisce beatha”. Amazing how the warm amber light from the windows fills up the distillery interior, reflecting on the copper stills and the Caen stone pillars.

Outside though, the work is continuing and will continue for a long while to come, as our excellent tour guide Bernard told us. Many a story has emerged from the graveyard and no doubt more to come, all exciting much interest locally and further afield. 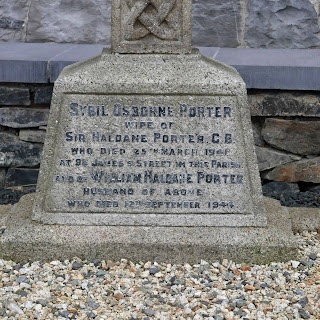 The headstones shed light on the trades that The Liberties welcomed in the past. Tradesmen and women who worked as coopers, distillers, linen merchants, shoemakers, bakers, bishops and soldiers have all found a resting place here at St. James’ Church alongside many members of the Lyons family.

The graveyard is next door to Guinness property and one of the more prominent graves, right up by the wall of the church, belongs to Sir Haldane Porter, an assistant managing director of Guinness at his death in 1944.

The oldest person buried here is Florence Walltropp, 105 years old at her death. They also found five leaded coffins, always a sign of a contagious disease; these five are of one family believed to have decimated by the 1832 cholera outbreak in Dublin.

And the Golden Triangle? At one time, close to 40 distilleries were in operation in Dublin, nestled in a one mile radius around here, better known as the “Golden Triangle.”

The four big distillery players at the time were George Roe and Company, John Power and Son, William Jameson and Company and John Jameson and Son. Today, the Pearse Lyons Distillery is playing a leading role as the Golden Triangle in the heart of The Liberties makes a remarkable revival.

A visit here is Very Highly Recommended. For the whiskey yes but it is, after all, much more than a distillery. Read more here.

* Pearse Lyons greets all visitors during an introductory video to the tour but sadly the great man died last year. He will be missed for a long time and will be remembered whenever a person from the Liberties, or indeed a visitor on his or her way to the distillery, spots the distinctive blue spire.
also on this Dublin trip:
The Little Museum of Dublin
Café en Seine
distillery Dublin gin Ireland Liberties Pearse Lyons St James' stained glass whiskey