Syrian and Irish on the Plate at Bandon’s Bayleaf


Syrian and Irish on the Plate at Bandon’s Bayleaf 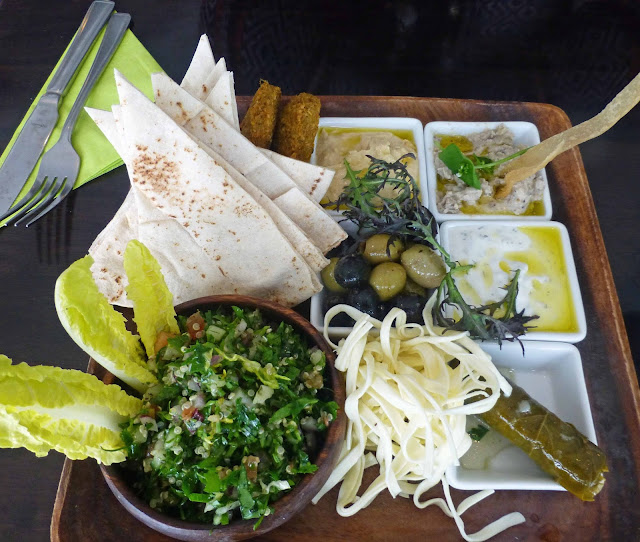 The Bayleaf Bistro has been operating in Bandon for close to a year but I hadn't heard about it until walking around there the other day. Saw the menu, a mix of Irish and Syrian, and, since it was more or less lunchtime, popped in. The interior of the building is much the same as it was under its previous name The Chapel Steps.

We had two menus available to us: the Lunch Menu (mainly sandwiches, wrap, salad, burger) and the General Menu (Healthy eating choices, Make your own sandwich and generally more substantial dishes including a few Syrian ones).

I was temped by the traditional Syrian Bammia, an Okra stew, but, with a big dinner on the horizon, decided to leave it for another day. After a discussion, and a little advice from the friendly staff, we came up with a sharing idea. 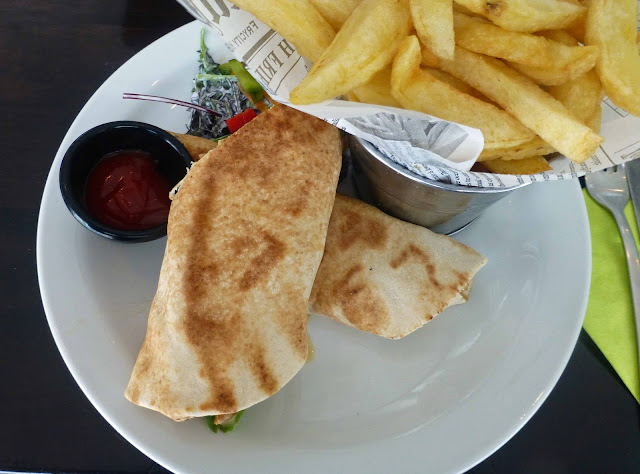 One of our choices was the Shannonvale Chicken Wrap: local chicken fillet marinated with exotic Middle Eastern spices, served in a Syrian Wrap,  and on the side there were homemade chips and seasonal salad. Top class piece of chicken, the traditional chips and salad were excellent and the Syrian contribution (including the bread wrap) was superb. Excellent, all for €9.95. 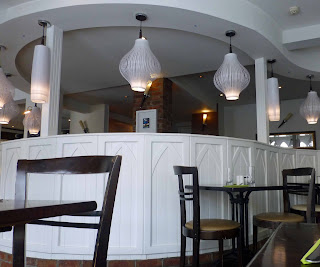 I think many of you will be fairly familiar with most of appetisers listed thanks to the rising influence of Middle Eastern cuisine in Ireland. Don’t think though that I’ve come across the mutabbel before (similar texture to the hummus but with different flavours). And it was definitely my first time eating that stringy and salty cheese (apparently one of many such across the Middle East)  - won't be my last! Won’t be my last time visiting the Bayleaf either!


Links for this visit:
Inchydoney Hotel Wine Dinner.
The Eccles Hotel in Glengarriff.
Bantry Market.
A Couple of Days in West Cork