Stunning Combination of Location and Terroir 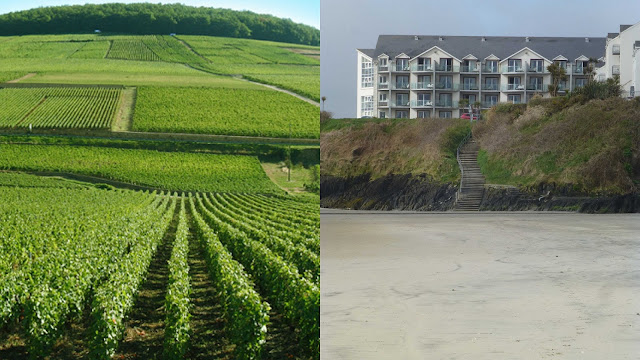 Isn’t the Inchydoney Island Lodge and Spa one of the best situated hotels in the country? One of the most welcoming too! Can’t recall any other greeting me (and every guest) at reception with a glass of the excellent (and local) Stonewell Tawny. And when you leave, well there is a pot (a very tasty one too) of their own Winter-Berry Jam.

So now add in a wine dinner with the renowned Maison Louis Jadot and you can understand I was in a foodie heaven. The weather didn’t exactly cooperate (it was about 12 hours behind schedule!) so the event didn't quite live up to the Burgundy on the Beach title but it was top class in every aspect. 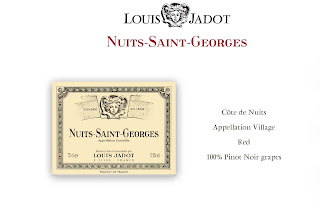 The beach-side hotel, miles of sand to each side, supports quite a few local producers and a few were featured in the five course menu. But I spotted many also in the ancillary menus: Kids, Sandwiches, Room Service, and Afternoon Tea. Some of those included were: Clonakilty Pork, Bushby Strawberries, cheesemakers (Coolea, Cashel Blue, and Bandon Vale), Timoleague Ham, Ummera Smokehouse, and Shannonvale Chicken. Breakfast is also quite an occasion, some great choices on the menu (hot and cold) and lovely service in a smashing room.

And that Gulfstream Restaurant, with its windows looking down on the Atlantic,  was also the venue for the Wine Tasting Dinner at which I was an invitee. The guests met in the superb lounge and we were welcomed with some tasty canapés and a cool glass of Chablis, by Louis Jadot bien sur. This bright and fresh wine was just the ticket to get the evening off to an excellent start, the canapés vanishing and the chats starting.

Marie-Pierre Dardouillet (left), Export Director with Maison Louis Jadot, supported by distributors Findlater's, was introduced in the restaurant before dinner. And, not wanting to interfere with the flow of the dinner, spoke about the three white wines, produced by Jadot from their 250 hectares of vineyard.

The Chablis comes from the northern part of Burgundy, somewhat cooler than the second wine, the fresh and fruity Saint-Véran. This comes from a small village in the Maconnais region, “nice to compare the two, side by side”. Both are produced from Chardonnay. Generally, white wines from here are Chardonnay, reds are Pinot Noir.

Soon we would “meet” the third white, the Meursault, another 100 per cent Chardonnay. This is fermented in wooden barrels and aged 15 months before bottling. “well balanced oakiness, much more complex and deep,” said Marie-Pierre. A beautiful wine, full-fruited bouquet, generous palate and a long finish and a terrific match with the Gulfstream Seafood Assiette.

Now too sure which I was most looking forward to try: the fillet of Macroom beef or the Nuits-Saint-George. The wine is one of the region’s most famous wines, aged in oak barrels for 12 months, deep of colour and flavour. Marie-Pierre: “Lots of structure, tannin. Elegant.” Mais oui!

For our final wine, we moved south from Burgundy to Beaujolais next door and that meant a change of grape from the Pinot Noir of the Nuits-Saint-George to the Gamay.

As you might expect, it wasn't any old Gamay (Beaujolais nouveau for instance is a Gamay) but a cru. There are ten crus in Beaujolais and Moulin-a-Vent (Windmill) was where our wine was produced. “The Gamay thrives on the granite soil and this spends 12 months in barrel. It is much more fruit driven and will be interesting with dessert!”, said Maire-Pierre. Probably not the best match but a lovely wine that I more or less held back until my plate was cleared. Then I enjoyed it and its reviving acidity all the more!

And those plates. Thanks to Head Chef Adam Medcalf and his crew, they looked splendid from start to finish.

The came the Roasted Fillet of Macroom Beef with a lobster and prawn crust, fondant potato, celeriac purée, shiitake mushroom and a horseradish cream sauce.

Time then for dessert: Roasted Rhubarb and orange pannacotta with ginger biscuit Ice-cream.

The lovely evening was drawing to a conclusion but Ruth McCarthy, Director of Sales & Marketing at Inchydoney Island Lodge & Spa, cheered the guests up with a promise of “many more evenings like this”. Marie-Pierre complimented the hotel kitchen saying the food was "very good". “Hope you enjoyed the wines and see you in Burgundy.” Inchydoney on tour. Now who’s organising that trip.

The Eccles Hotel, Glengarriff
A Couple of Days in West Cork