The Winemason do Spit in Cork. My focus on Riesling and Portugal


The Winemason do Spit in Cork.
My focus on Riesling and Portugal


Last week, one hundred bottles of “wine without make-up” were up for tasting in the River Lee Hotel thanks to the combined efforts of four Dublin wine companies. Spit, as the combination is called, consists of Winemason, Nomad Wine, Vinostito, and Grapecircus and virtually all the wines were organic. And there wasn't a dud among them. In this post, we’ll look at Ben Mason and his Winemason contribution.

Winemason is owned by Barbara Boyle (MW) and Ben and they provide restaurants and independent retailers with original and distinctive wines from Germany, Portugal (a favourite), Austria Spain, France, Italy and South Africa. “We are constantly evolving with the ever-changing wine world and we work to reflect this in the wines we sell.”

Graham was helping Ben in the River Lee and I asked him if there was a wine on the stand that deserved to be better known, one that was maybe under-appreciated at present, and he soon filled me a taster of the Julien Schaal Mountain Vineyards Chardonnay 2016. The winery is in Elgin Ridge, South Africa, the winemaker is “from Alsace” and the wine itself is very pleasantly distinctive. Crisp on the palate with citrusy flavours and minerality, tart on the finish, very engaging indeed.

I had picked a trio of Rieslings and started with one from the Nahe region, the ES Trocken 2016 by Emrich Schonleber. Quite intense on the palate, with a light spiciness and outstanding minerality. My favourite kind of Riesling. 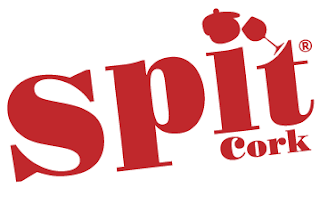 The next Riesling came from the Mosel and was the Zeppelin (Mulheim) 2016 by Max Ferdinand Richter. Apparently this wine was served on the flying Zeppelins. This too is elegant, no shortage of minerality, well balanced, and it is the tropical nature of the fruit flavours that catches your attention.

And, if we were in the skies for the Zeppelin, we now moved up a notch to the Kingdom of Heaven with the JJ Prum Graacher Himmelreich Riesling Kabinett 2016, the Himmelreich being the heaven. Here the aromas are a subtle but tempting floral, it is soft and fruity right through to a sustained finalé. Quite a hat trick of Rieslings there!

Ben had a superb selection of reds also but again I focused on a hat trick, all from Portugal, an area where Winemason is strong though Ben has noted that prices are rising there. First up was the Mouchao Dom Rafael Tinto 2015 from Alentejo, a blend of Alicante Bouschet, Aragonez, Trincadeira. Ripe dark fruits and tannins, a bit of spice too, combine in a rich and complex wine.

Next we called to the Lisbon area and tasted the Fossil Tinto 2015 by Vale da Capucha, an organic producer; this a blend of Touriga Nacional, Tinta Roriz and Syrah. Rich dark fruits, hints of spice, fresh and elegant, and with a long dry finish. Excellent.

Then I enjoyed very much the Niepoort Vertente 2015 from the Douro, enjoyed it as Graham sang its praises: the rich blend (Tinta Roriz, Touriga Nacional and others), its long dry finish. “And it’s low in alcohol as well,” he said. It’s a gem, elegant and smooth. One to stock up on before those prices rise or even when they do!

Would have loved to have stayed longer and tried more of the Winemason wines, including those from Austria and South Africa, but time to move on up the line! Here’s to the next Spit.