Two to Note from Chile's Cachapoal Valley. And an Irish connection.


Two to Note from Chile's Cachapoal Valley. And an Irish connection.

Clos des Fous and Chateau Los Boldos are two of the leading producers in the Rapel Valley, south of Santiago in Chile. The area, with its dry warm climate, is regarded as ideal for growing Carmenere and Cabernet Sauvignon.
The Rapel has two main valleys, the Cachapoal and the better known Colchaqua.

Cachapoal Province is one of three provinces of the central Chilean region of Libertador General Bernardo O'Higgins Region. Bernardo (left), who played a leading role in the liberation fight, became the first Head of State of Chile in 1818. And yes, there was of course an Irish background. The O'Higgins family lost their lands under the English Crown in the 17th century and left to exile in Spain from where some of them made their way to Chile. 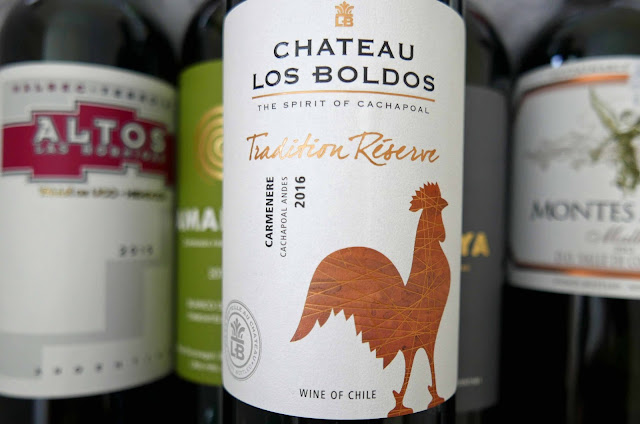 Los Boldos grow all their own fruit, in vineyards that benefit from a Mediterranean climate, so control everything from grape to bottle. Sixty per cent spends six months in French and American oak “to soften tannins and add complexity”.

Quite a deep red. There are rich cherry aromas, a promise of good things to come. And come they do on the palate, delicious sweet fruit flavours and spice, a lush mouthfeel thanks to its rounded texture. Very appealing overall and Very Highly Recommended. Well priced also.

By the way, Los Boldos also do other single varietals in the “Tradition Réserve” series including Merlot, Syrah, Sauvignon Blanc and Chardonnay. Worth seeking out, I reckon. The emphasis in this French pioneered now Portuguese owned winery is on higher-end wines from their old vines. Its signature wines are the Grand Cru. 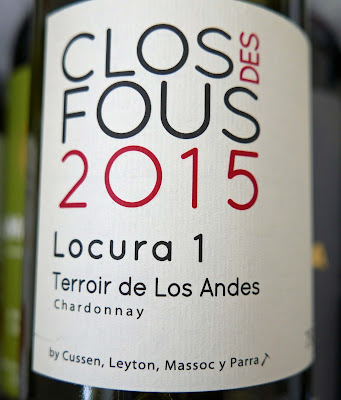 Quite a mission statement from Cussen, Leyton, Massoc and Parra, the quartet behind this wine: “This is an unique and groundbreaking project based on a delicate and novel terroir selection. Following the Burgundy philosophy, our focus is to achieve wines with minimal intervention letting the terroir express itself.”

A few details on the wine itself. Colour is a very light straw. Fairly intense aromas (white fruits), legs slow. Excellent buttery mouthfeel, rich and full in the mouth, long and satisfying mineral finish. The four seem to have indeed followed the Burgundian way here, seem to have succeeded and the verdict is Very Highly Recommended.

Their terroir approach plus their organic fruit and minimalist techniques are lauded, “no safety nets” such as fining or filtering. The wines, including this one, have many admirers, among them Jancis Robinson here.

Wondering about the name of the wine? Clos des Fous means enclosure of the madmen while Locura also hints at a crazy condition. Enjoy!