Margo Ann’s A Champion. And So Are Her Producers

November 16, 2017
Margo Ann’s A Champion
And So Are Her Producers


Cork Business Woman of the Year 2017
This award is to recognise the outstanding achievements of one business woman in Cork who has demonstrated exceptional ability in her business and proven her desire to succeed is of great benefit to their business and community. Our winner this evening comes from a business family that are well known throughout Cork and having taken over the family fruit business of her parents in the English market, she was Ireland's first female bookie, and today runs her business that stocks the largest range of artisan food products in the South of Ireland. Ladies and Gentlemen, the Cork Business Woman of the Year 2017 is Margo Ann Murphy of the Roughty Fruit King.

When Margo Ann heard these words on the recent Business Cork Awards night, she “was in shock”. “I was the outsider of the field.” It was a competitive category and she didn't expect to win. Her sister noticed: “Will you be able to go up?” Of course she would; the shock was temporary! 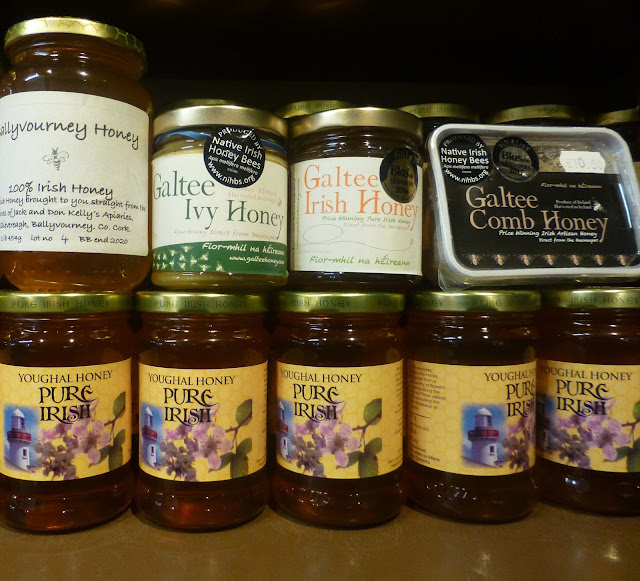 She told afterwards that it was a great boost to her food business in the heart of the English. Over the past six or seven years (from 2011), the focus has shifted from fruit to quality artisan food and Margo Ann says the award is a boost for her many producers. “They are small producers, most of them in rural Ireland which is dying. We need to support them.”

And it's a two way street. She is loyal to the producers and they to her. When I interviewed Margo Ann’s brother Garrett a few years back he listed some of the suppliers for me and most, such as the Big Red Kitchen, are still going strong in the market. 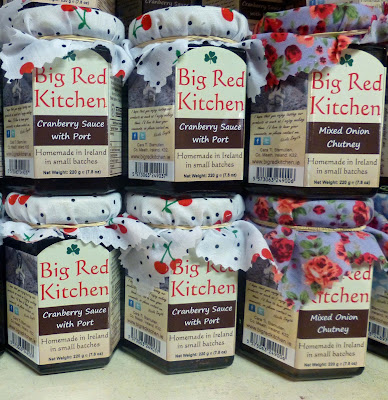 Sometimes in the past year, I've found it hard enough to find honey around town. But never a bother at the Roughty (now becoming known as the Roughty Foodie!). It was the same earlier in the week when I met Margo Ann. There were at least three suppliers on the shelves; Galtee (their bees explore the mountain flowers and heathers), Ballyvourney (mainly from blackberry flowers) and Youghal (coastal flowers mainly). “The honey is not heated, not pasteurised. It is raw,” she told me. 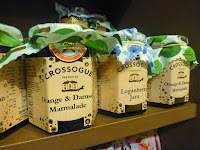 And speaking of blackberries, she told me she used to pick blackberries when she was a kid of eight and her foraged berries ended up at the Michelin starred Arbutus Lodge in the city. And not too far from the Arbutus she also picked fruit at the Rathcooney Fruit Farm and has been making jam at home for years.

So, if Margo Ann says that the blackberry jam made by Nicola of the Big Red Kitchen is good, and she does, it is an opinion based on long experience. Indeed, she has praise for all the Big Red Kitchen jams which come in a choice of small and large jars. And Margo Ann also pointed to the home made mincemeat as a good one for this time of year. And got even more excited when highlighting the Spiced Plum and Port. “This is great, especially with duck, with cheese, with the turkey and ham.” 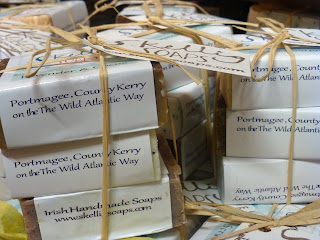 Tipperary’s Crossogue are also mainstays at the Roughty. They have won dozens of awards for their innovative products and Margo Ann has great time for Veronica. Veronica’s Damson and Port Jelly won Triple Gold at the 2016 Great Taste Awards and more recently her Lime and Tequila marmalade won gold at the World’s Original Marmalade Awards. There is quite a selection of Crossogue products in the stall here and Margo Ann highlighted the Orange and Damson marmalade.

At the very start I had asked Margo Ann what was the product most in demand. And she did surprise me by saying it was jam. “People are very interested in homemade jams. They are aware of what they want.” Margo Ann may not be picking the fruit herself anymore but she sure knows where to source good quality food in Ireland. 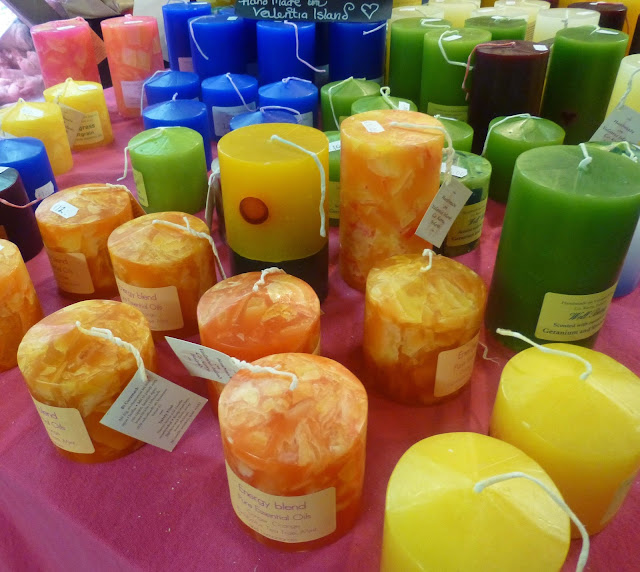 There are too many foods and drinks to mention them all but these are some that I spotted. Didn't know that Highbank Orchards now have an organic treacle as well as their apple syrup, both are here. Spices from Green Saffron, seaweeds from Wild Irish Sea Veg, gift hampers of different kinds and sizes, ginger beer and more by Black Castle, chocolate from Skelligs and O’Conaill’s, biscuits from Seymours and Lismore……

And it is not just food you’ll find in this packed stall. There is an outstanding display of colourful candles from Valentia Island, all containing essential oils (citrus, cinnamon, honey, lime, to name but a few). You’ll see colourful knitted mitts from Sneem, soaps from Ballinskelligs, even a goats milk soap from County Clare.

So produce from all over, good stuff and certainly the producers deserve major kudos. But well done to to the lady that brings it all together in the heart of the English Market, Margo Ann Murphy, the Business Cork Businesswoman of the Year 2017!
. 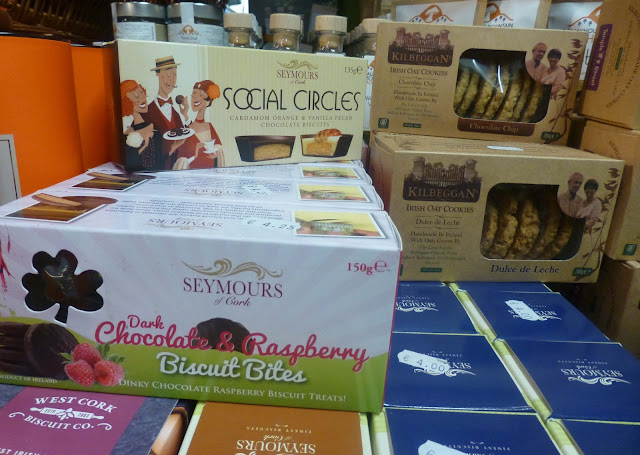