Bank of Ireland Startups, who helped get the successful Backyard feature off the ground during this year’s Blas Awards in Dingle, hosted a number of follow-up events last Tuesday, including one at their premises in Patrick Street, Cork. Joe McNamee was the moderator for the evening and the principal speakers were Artie Clifford of Blas and local chef Kate Lawlor.

Lia Boyland was involved in setting up the latest Workbench Food Series Event and she welcomed us to the Workspace at the bank, explaining that the digital progress in the banking sector has freed up the space for “events like this evening”. Work spaces are available during the day - bring your laptop - and you'd never know who you might meet.

We knew though we were going to meet Artie as not alone was he a panel member but he also launching the 4th edition of the Blas na hEireann Buyers Directory.  Artie, involved in the founding of the Dingle Food Festival eleven years ago and in setting up Blas a year later, was delighted to launch the book here.

“Thank you all for coming. Eight thousand inserts (from the 10,000 copies) will be coming with your Shelflife magazine. It makes it easy for buyers and chefs to find good Irish produce. There is no charge for inclusion - it is something we want to give back. We hope this is a useful guide for sourcing Irish products and that many of the producers listed here will become your suppliers of tomorrow.” 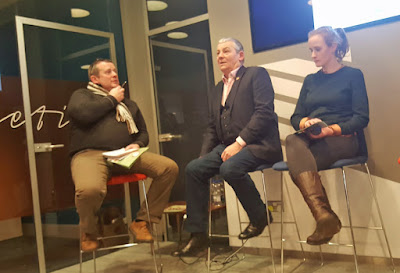 There is a lot of work going into the new Blas website and it will include a searchable catalogue of producers, and will be ready soon. “Next, we want to do a roadshow during the year to build on it, to talk among ourselves, producers, buyers, chefs, and to get our own solutions.”

We would soon find out more about Artie, the face of Blas, as Joe McNamee asked the questions before the discussion proper (which would include quite a few producers) began. Artie, from Dundalk, was a commercial fisherman, then a ship's engineer and a skipper. In 1992, the work was in Dingle so that was where he went, his family still in Dundalk before they eventually joined him in Kerry.

Later, Artie worked in a  fish factory, most of the output for export. When the MD retired, Artie took over and looked at adding value: smoked fish, paté, chowder and so on for the home market. But costs went up, prices didn't and eventually, in 2010, the company was sold. By then Blas was just a little baby and Artie was making a few bob at Farmers Markets. 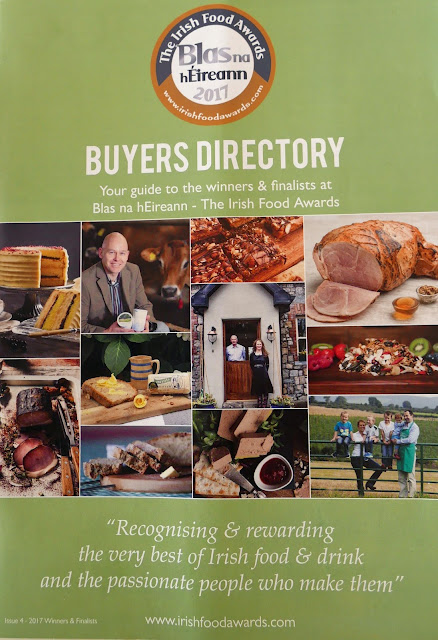 And his future then began to take shape. He told us about the first food festival in Dingle and the start of the famous Taste Trail there. “People came back year on year. In the second year of the festival, the awards became part of it and we worked hand in hand.”

Chef Kate Lawlor was the other main guest on the night and, like Artie, she too has had her ups and downs and is fully committed to using Irish produce. An early visit to Brussels with her CIT class inspired that commitment. They were there to promote Irish food and a belief took hold that it was as good as any. She joined Fenn's Quay in 2001 and that “amazing journey” included taking it over in 2008.

“We built a bond with local producers. I enjoy food, it should be fun and that was why I used some of the local slang on the menu. Sad to let it go this year but the producers are still talking to me.”

After the closing down of Fenn's Quay earlier this year, she took a much needed two month break - “I had run out of ideas, though there was a sense of satisfaction as well as sadness. I enjoyed the two months off and a highlight was the weekend in Dingle. This year I had the time to relax and enjoy it.”

Immediately afterwards she joined the newly reopened Oyster Tavern and the aim is to get it back to its “iconic status”. There are great young chefs there and Kate is just the person to help them. It is right alongside the market so she is back in there buying local again. “The connection  between chef and producers in very important. It leads to personal relationships and a better understanding of the product.”

After the introductions, it was time to meet the producers and we’ll cover the interesting exchanges in the next post, now available here.