Casanova on George’s Quay. Gelato. And So Much More! 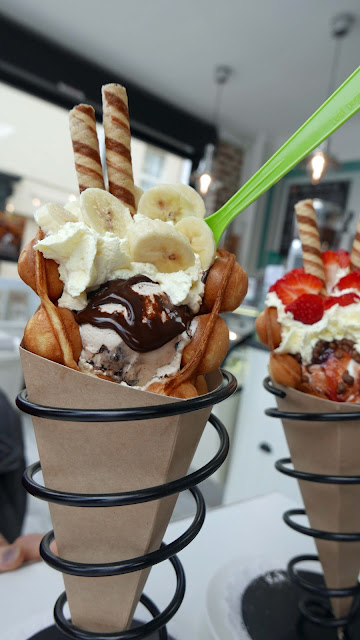 On Barry’s corner on George’s Quay, in a clothes shop once run by the Barry sisters (here you could buy elastic for your knickers or, if you were flush, new knickers and more), you can now indulge in the most amazing Gelato.

Long after the Barry’s closed their shop, a twelve year old Italian girl so much enjoyed a two week holiday in Ireland that she got it extended to two months. And then promised herself she would come back.

Many years later, Barbara did just that. Barbara and her husband Andrea (also with a love of Ireland) set up their shop on George's Quay in August 2016 so that now you can enjoy a real taste of Italy in Casanova Gelato.

We did that just last week. There is an amazing display cabinet with over a dozen gelatos to tempt you. Not the same selection every day, by the way. Andrea doesn't want the gelato lying around so he makes small batches that move quickly and you’ll see different varieties from day to day.

It is one of the best displays I've seen anywhere and that includes San Gimignano, the ice-cream capital of the world, or at least the home of the World Champion when I visited. 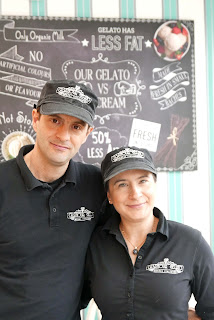 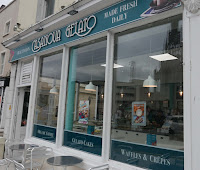 Couldn't wait to get cracking on the Gelatos of George’s Quay. I think Andrea spotted that and soon we each had a bowl with three samples: Hazelnut, Rocher, Chocolate, Chocolate and hazelnut, Mascarpone cheese and strawberry, and Spiruli. 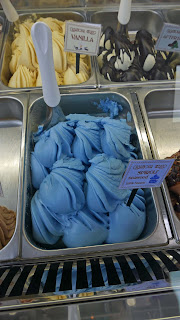 Spiruli? I hear you ask. The blue colouring that so many kids like comes from the natural pigment of Spirulina. Spirulina algae is rich in essential amino acids, vitamins and minerals making Spiruli Gelato healthy for children and adults alike. Aztec warriors considered it “the food of the gods” and the 1974 UN World Food Conference designated it a “food of the future”.

It certainly goes down well with the kids and Andrea told me adults like it very much in their Affogato dessert where the colour changes when you add the expresso! So yes you may have coffee and gelato together.

But we were invited in to test-taste their forthcoming Bubble Waffle! Barbara was busy getting that ready and soon presented us with two of them, CL getting the one with the strawberry fruit and sauce while mine had banana and chocolate sauce. A cup of their delicious Agust organic coffee was also provided. 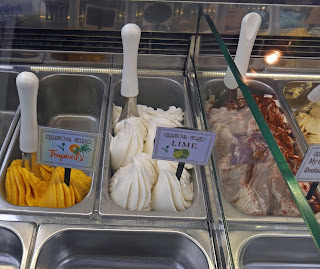 We were up to the challenge! Well, the combination is delicious, all wrapped up in this bubble waffle. It is still a work in progress though, with Barbara tweaking it so that is not too sweet. Her work got a vote of confidence from us and it will be officially launched in the very near future.

There are dozens of Gelato flavours and these may be used in their waffles as well. Ours was a Special of course with fresh fruit, one sauce and a one topping. A simple waffle and a fruit waffle are also available and you may also have Gelato Waffle (without the fruit). Anyone for a Croffle? Think Croissant and Waffle.

So lots of tasty variety. And I haven't yet mentioned their crepes, their sundaes, some special Gelato drinks such as the Casanova Shake and others such as Marilyn Monroe (flavoured Italian style Latte Macchiato made with organic coffee and milk topped with fresh cream).

They also have a special range for those with Vegan and those with Dairy intolerances. All their Gelato is suitable for Vegetarian; no gelatine is used. There is so much going on in this small place. 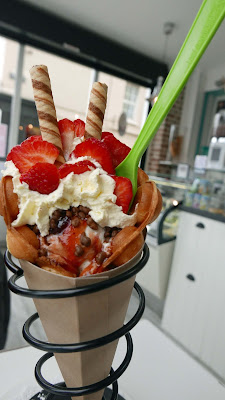 “All our ingredients are carefully chosen to give to our customers the best experience possible. We use only Irish Organic Milk, Real Fruit, Belgian Chocolate, the best Italian Piemonte IGP Hazelnut and Italian Pistachio 100% Pure Paste. All our product are made without Palm Oil, Artificial Flavouring and Colourants, all proven to be dangerous for human health.”

The reaction has been good and they are pleased with their first year on the banks of the Lee. Barbara told me they enjoy the vibrancy of the city, the amount of festivals and events. “In my city in Italy, a similar size to Cork, they would organise maybe one a year.” But here there is one nearly every week, most recently the Jazz festival (and that was good for Casanova).

And the couple are contributing to the festivals themselves. During the recent Taste Cork Week they joined in and held a Gelato Workshop; the 3.5 hours lesson cost €55.00, a lot less than the former World Champion’s €400.00 fee for a 2-hour course!

But you don’t need a festival to visit Casanova and treat yourself. It may not be exactly in the city centre but is just a couple of minutes from the South Mall. And you get a good view too. Andrea told me he loves the river and the Holy Trinity Church church on the other bank, another plus when you’re enjoying your Gelato along with the kids or the grandkids. Or maybe by yourself! 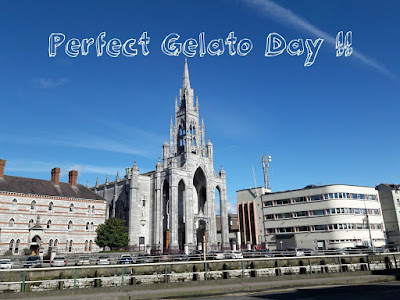