From Sharecroppers to Entrepreneurs. The Modern History of Italian Wine

January 29, 2017
From Sharecroppers to Entrepreneurs

The Modern History of Italian Wine 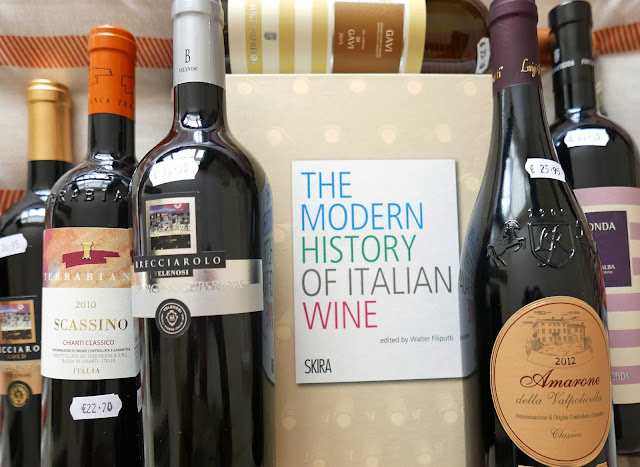 At a lunch last April in West Cork, Italian winemaker Elena Pantaleoni (La Stoppa) told me that farmers were , not so long ago, looked down on in Italy, that her farmer brother had to leave Italy for France to gain some respect in his chosen profession. I was just a few pages into The Modern History of Italian Wine (edited by Walter Filiputti) when I was reminded of that conversation in the Good Things in Skibbereen.

“The modern history of Italian wine, which began to take shape in the late 1960s and the early 1970s, is the finest page ever written by our agriculture.
It gave birth to the most important agrarian revolution, in a few years turning poor farmers into entrepreneurs whose bottles are now found worldwide. ‘Contadino’ (peasant/farmer) was a derogatory term, sometimes used offensively. Until the 1970s, it was very difficult for a farm/peasant boy in the Friuli countryside, for example, to marry outside of his social class.”

In those few transformative years, a new awareness of public health emerged and production processes, previously heedlessly helped by chemicals, was enhanced by the arrival of “cold technology, laying the groundwork for mechanical oenology or knowledge”.

And then the US market took off for Italy, helped hugely by the Italians in the states, in their restaurants in general and by Robert Mondavi in particular. The fascinating book takes us through the decades that followed and “is a history of labour and creativity that is all Italian, something to be proud of”.
Other famous names emerged in Italy. And famous wines too, such as the “Super Tuscan” Tignanello, Sassicaia (100 points from Parker for 1985 vintage and another Super Tuscan), Castello Banfi’s Brunello (which established itself as “a symbol of Italian quality in the wider world”.

The US market was becoming increasingly important and “indeed began to drive the industry”. In the 1990s, Angelo Gaia, another leading figure in the renaissance, noted the change in America: “they were understanding our fine clean wines”. 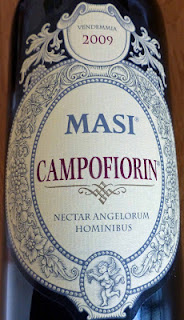 There were many breakthroughs including the Masi’s innovative Ripasso method and Campofiorin, a Super Venetian and “the inspiration for a while series of wines".

And then came the setback of the methanol scandal in 1986 when over twenty people died. But Italy acted quickly to tighten quality controls. And the renaissance continued, moving the industry ever further from chemistry towards sustainability.

And that progress is being marked on the landscape (on it and under it) by some amazing wineries, quite a few of them illustrated in the 400 page book. Most of us know the very spectacular wineries of Spain but they are matched in Italy.

Just take a look at some of my favourites, the L’Ammiraglia in Tuscany, the Cantina Khamma and the Feudo di Mezzo (both in Sicily), the Petra in Tuscany, La Brunella in Piedmont, and Cantina Jermann di Ruttars in Friuli.

There are separate chapters on the 60s, 70, and each decade right up to the present. Here the winemakers who were prominent in each decade are mentioned. Just two hundred or so in all, so many will be disappointed but the editor says the book is dedicated “to all Italian vintners” and also to those not mentioned (who are asked to “please be understanding”).

Factors leading to the breakthrough in the 60s were the controversial introduction of the DOCs in 1962 and the abolition of sharecropping in 1964. Many sharecroppers left the countryside and the old vines (and many native varieties) were at risk. But many former sharecroppers became modern farmers and many entrepreneurs joined them in the vineyards. 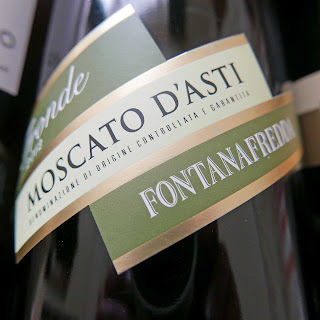 Fontanafredda, many of whose wines are available here (Karwig Wines, for example), go back a bit further than the 60s and the estate was, in 1858, part of the heritage of King Vittorio Emanuele 11.  They were making excellent Barolo at least as far back as 1924. In recent times, “the property passed to another visionary, Oscar Farinetti, who revitalized its sale and the commercial image of this brand which today, with its 90 hectares and concessions, produces about 7.5 million bottles”.

In the early 70s, “we saw the beginning of the long process that would lead knowledgeable oenology to drive the chemistry away from the temple”. As Piero Antinori said: “Modern technology simply allows us to express our full potential”. Leonildo Pieropan figures prominently in this decade. In 1971, he produced the Soave Calvarino and in 1978, Soave La Rocca, aged in wood, “another revolution for his territory”.  Liberty Wines import the wines of Pieropan to Ireland.

The “mastery of oenological science” put the Italians in position to tackle global markets and, despite the methanol setback, they did so in style during the 80s. But Angela Piotti Velenosi first had to conquer her local area of the Marches and Piceno where only cooperative wineries and bulk wine reigned.

Angela and her husband founded their winery in 1984 starting with just five hectares. Three decades later, the vineyards stretch to 105 hectares and produce 2.5 millions bottles, “of which a large share is exported to five continents”. Quite a lot it makes its way here to Ireland and Karwigs have quite a selection. 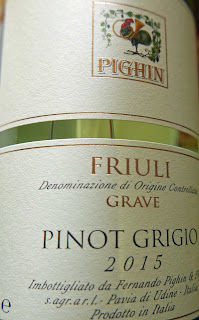 In the 1990s, Italian winemakers, who had mastered the technology, began to look at their vineyards “as the source of better quality. Viticulture took its place again at the centre of the wine system.” Italy was flying in world markets, Brunello di Montalcino “a symbol of this extraordinary success”.

The islands of Sicily and Sardinia are major players in the Italian wine industry yet one of the smallest producers is among those chosen to represent the 1990s. “One label, one wine and a success for twenty years”, the Galardi estate is on the slopes of..an extinct volcano. The four owners started to recover the old vineyards in 1991 and now produce, organically since 1997, some 33,000 bottles of IGT Roccamonfina Terra di Lavoro, a blend of Aglianico and a small percentage of Piedirosso, “the essence of the south”.

Sustainability was the model to follow as the new millennium dawned. Wine tourism too began to build and, speaking of building, famous architects designed inspiring wineries. And who do I see listed as one of the “representatives" of this decade? None other then Colutta (Friuli Venezia Giulia) whose owner Giorgio Colutta visited Cork last year.

Giorgio explained that he is not organic (that's easier to do in the warmer south!) but this former pharmacist has introduced environmentally sustainable cultivation techniques and is self sufficient with regard to energy consumption. His is a small company but has reached out around the world, especially to the Far East. Fortunately he is on the books of Wines Direct where you may purchase his amazing Pinot Grigio and the even more amazing Schioppettino.

The Schioppettino grape variety is from the local area and has a history there dating back to at least the 13th century. Giorgio told me the name means “little bang”, the sound the grape makes when you pop a ripe one into your mouth!

The chapter on the current decade features Up and Coming winemakers and ideas. The future may be in the past if the exploits of father and son team, Pasquale and Umberto Ceratti, are anything to go by. In Calabria, they make “precious wine with ancient methods”.  Following these antique methods, they make a few thousand bottles of Greco di Bianco from a vine that came with the Greeks in the 8th century BC.

So back to Elena and her vineyard La Stoppa. Her family bought the old place in 1973, and revived the vineyards and the winery. Nowadays, using organic methods, La Stoppa specialises in the production of wines derived from the local varieties: Malvasia di Candia Aromatica, as well as from Barbera and Bonarda, in addition to the wines derived from the historically introduced varieties of French origin: Cabernet Sauvignon, Merlot and Semillon. Beautiful wines from a beautiful place and available here from Le Caveau. Just thought I'd get that in, even if the editors couldn't!

Divided into three parts (“The Renaissance of Italian Wine,” “Italian Wine. Innovation” and “The Geography of Italian Wine”), the book narrates a never-before-told, all-Italian story of hard work and creativity. It leads readers on a journey through the sun-drenched regions of Italy, a country that has dramatically revamped its wine-growing and vinification procedures since the 1970s. All in all, it is a marvellous book, full of detail and passion, and well illustrated too.