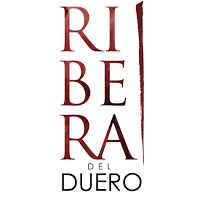 Tempranillo, in many Irish people’s minds, is the grape of Rioja. And it is. But, now, the bodegas of Ribera Del Duero, all 300 of them operating over 22,400 has of vineyards, are also laying a strong claim to the grape by making some excellent wines with it.

Wine has been produced in this beautiful region since Roman times, though it became well known outside of Spain only in the 1990s. North west of Madrid and south west of Rioja, in the Castilla y León region, the vines grow on a flowing swathe of land that’s approximately 115 kms long and 35 kms wide.

The vast majority (including Fuentenarro, near La Horra) grow in the province of Burgos but some too in Segovia, Soria (Antidoto, for example) and Valladolid. See the map here.

This is a land of sudden storms, dismal winds, intense frosts (often in late spring), a hot (42 degrees in summer, though it can dive to minus 29 in winter) and dry environment.

But the best wines are often made in extreme conditions, on the edge between possible and impossible, and I think we have two very good examples below, even if neither is a Crianza or Reserva. 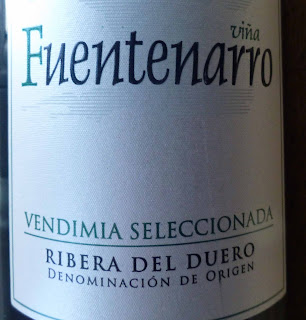 This one hundred per cent Tempranillo is from old vines (average age 56 years) grown at 840 metres with organic principles applied. It spends 12 months in French and US oak and a further twelve in bottle (in a cellar 8 metres underground) before release.

It has a very dark ruby colour. Aromas are complex, plum and other dark fruits, chocolate notes too. You find the same dense combination on the palate, spice too; it is soft and smooth, with tannins very much in play and boasts a long and dry finish. Needs food though, venison perhaps! Highly Recommended. 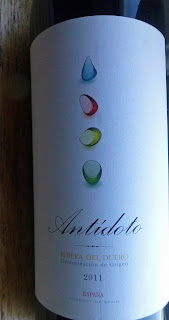 Again, organic principles are employed and other similarities with the Fuentenarro include old vines, ancient (60 year old Tinto del Pais, the local name for Tempranillo), grown between 750 and 1000 metres.

And yes, Antidoto means antidote, as winemaker Bertrand Sourdais envisages this creation as an antithesis of big heavy “international” style Ribera wines. You’ll find a much more prosaic dictionary meaning on the label. The wine has matured for 12 months in barrels, previously used to make Haut Brion.

The colour is a very dark but glossy red. Aromas are a mix of plum, blackberry and spice. On the palate, it is noticeably very smooth; the plum and blackberry combine, spice again, tannins too (not as obvious as in the Fuentenarro) and a dry persistent finalé. Smooth and elegant, a most delicious “medicine”, and Very Highly Recommended.


This guide is taken from a recent edition of The Spanish Wine Lover. Much more info on Ribera here.