Wines Of Chile With Francisca Jara. But Not As We Know Them

February 11, 2016
Wines Of Chile With Francisca Jara
But Not As We Know Them
Chilean wine-writer Francisca Jara started her Wednesday Chilean tasting in L’Atitude by saying that a new style was to be shown tonight. “Chile has more than cheap wines, more than the major varieties. Irish supermarkets don't have what we drink in Chile.”

“Wine writers, including Jancis Robinson, are talking about a Chilean revolution. In the last ten years, a new generation of winemakers has emerged with a new mindset...with a challenge to the big wineries. The wine revolution is no exaggeration.”

This is the second revolution in the South American country. Chile has a tradition of winemaking going back for centuries but, “in the last 36 years, everything changed”. That big change, to a more professional approach, in both the vineyard and winery, was sparked by the arrival of Spanish family Torres.

The newest revolution is also noted in the World Atlas of Wine: "No other country has been sprouting new wine regions as rapidly as Chile...viticultural limits are being tested in all directions. Her wines are becoming more refined, and more regionally distinct."

The new generation that Francisca was talking about are inclined to the organic, inclined to make the best of the lesser varieties and that we would see as the evening unfolded. There are two organisations spearheading this new approach: MOVI and VIGNO. And they in turn are spurring the established wine companies to better things.

Jancis Robinson: “The MOVI and VIGNO crew are a cheeky lot and have clearly enjoyed cocking a snook at the old guard of Chilean wine, which makes it all the more remarkable that there has been such a rush to copy them from precisely the big companies that they set out to shake. Casa Lapostolle, Miguel Torres, Santa Emiliana, Undurraga, Valdivieso, De Martino, the American Jackson Family Estates and now the biggest of them all, Concha y Toro, have all asked to join the VIGNO club and use its eye-catching logo on at least one of their labels.” Read the full article here.

It was appropriate that we had Torres among the six bottles tasted. They had two as did Vinos Frios. Perhaps the most remarkable was the Carrigan from the “Wild Vineyards”. Francisa also cooked the matching bites, all excellent, though my favourite was the Beans and Reins Stew!

1 Miguel Torres Dias de Verano Reserva Muscat 2014
“This is the Chilean summer, a simple wine to drink.” Peach and floral aromas, nice acidity, good balance and a lovely match for seafood as we confirmed when we were served with the Ceviche, a traditional Chilean coastal food.

Chile has over 8,000 acres of this prolific Muscat, much of it used in the production of Pisco, the national spirit. Did you know that Chile is ranked 10th in the world in terms of wine acreage but only 35th in the consumption league? That leaves a lot for export and Ireland takes up a good deal of the slack! “Wish we Chileans drank and enjoyed like you Irish,” joked Francisca.


Rosé is a relatively recent development in Chile, according to Francisca. “Before it was very sweet, now they are making good rosé.” Purpose made, not as an careless afterthought. “I’m happy,” she said. “I wanted to try this one myself.”

It is the first Chilean rosé to be made from Grenache, no oak but with three months on lees to improve the body. It was juicy and vibrant from an innovative winemaker, Juan Alejandro Jofré,  and went very well indeed with the smoked mackerel. 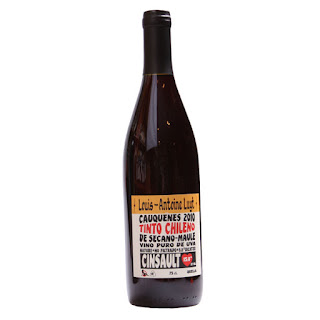 Now we were on to a natural wine (available from Le Caveau) with its striking label, based on old Chilean bus signage. “Five years ago, natural wine was almost an underground movement in Chile. This is 100% Cinsault, from really old vines (80 years plus), no added sulphites, no oak.”

The consensus was juicy and fruity, strawberry aromas, with tannins “a bit rustic”. “This is the wine that a farmer might pour a glass from a barrel in the yard for his visitor and serve with an empanada.” Rustic or not, it features in John Wilson’s Wilson on Wines 2016. Oh, by the way, it went really well with that terrific empanada.

To know more on this wine, check here.


4 Villalobos ”The Wild Vineyards” Carignan 2010
The vineyards for this wine were planted in the 1950s (maybe 1940s, no one knows for certain!).  The Villalobos family came there in the ‘70s and the ten acres of vineyard were “full of weeds and briars.. cows were eating the grapes there.” 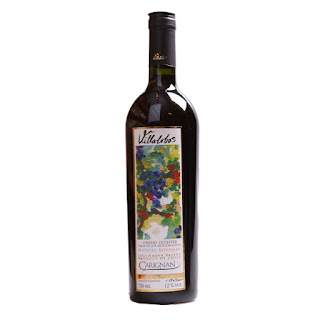 A long time later, “they eventually decided to make wine, they made it in a rustic way.” It was successful and a few years ago they went commercial. The Carignan grape is getting very popular in Chile and there is an association, the VIGNO mentioned above, of Carrignan producers.

This has a lovely colour and the aromas are rather unique: red fruit, herbs, meaty. It is fresh, fruity, with good acidity and “easy-drinking” and is available from Le Caveau. “It is good to pair it with meat, stews, cheese.” Francisca paired it with the traditional Bean and Reins, a kind of cassoulet, “a comfort food for the winter. Every Chilean family, rich and poor, eats it.” I could see why!

To know more of this wine, check here. 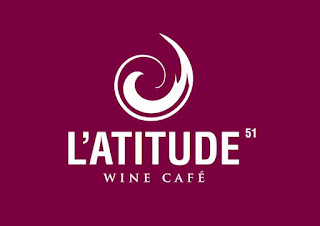 5 Vinos Frios Del Ano Tinto 2014 (blend)
Many of you will have heard how a French ampelographer Jean Michel Boursiquot re-discovered Carmenere in Chile and how it went on to become almost the national grape there. As Francisca put it: “It became another good-a story for Chile”. It just underlined the theme, diversity, of the evening and, unusually, was served chilled. Carmenere is just part of the blend here with Carignan (40%) and Tempranillo (40%) the major components.

The nose featured berries, spice, and floral elements. There was a lovely fruit and freshness, good acidity, good body, quite a personality. But don't forget to serve it chilled! Francisca said it goes well with fatty and oily food and the Ummera smoked duck was just perfect. By the way, the Chilean wine-writers are “loving this one”. 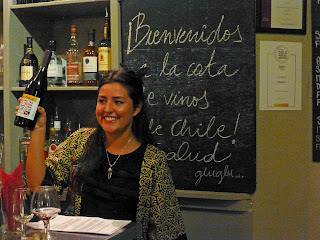 The new generation though has sparked a comeback and “now we can feel proud again of our previously neglected varieties. This has more fruit, no oak used.” It was paired with Hegarty's Cheddar and that was a treat. By the way, Torres make a sparkling wine, Estelado, from this grape.

That was the last of the wines of this very interesting tasting, a very enjoyable and informative one. “I hope I have shown you that there is more to Chilean wine than the supermarket. Hope you enjoyed!” We certainly did, Francisca!