Quinlan's Fish is the Supreme Champion in Blas

A family-run seafood business based in Caherciveen, Co. Kerry, Quinlan’s Fish, has won the prestigious Supreme Champion Award at this year’s Blas na hÉireann, The Irish Food Awards. The company’s winning entry is its fresh crabmeat. The entry won over the judges’ taste-buds because of its fabulous flavour, freshness and delicate texture.

There were more than 2000 entries for this year’s Awards from all over Ireland, making it the biggest competition of Irish produce on the island of Ireland. Adjudication involved over 400 independent judges over a period of three weeks. The winners were announced on Saturday night, 3rd October in Dingle, Co. Kerry - Ireland's foodiest town.

The highly acclaimed Blas na hÉireann awards have been setting the standards for Irish food producers for eight years and the number of entries this year broke all records, proving the value and vitality of the Irish food and drinks sector. For the winners, these awards are known to open doors to new markets at home and abroad

‘We are absolutely thrilled,’ said Liam Quinlan of Quinlan’s Fish. ‘We have four premium fish shops as well as three seafood bars supplying our produce direct from tide to table. My father, Michael, started the business 52 years ago and it has been 52 years of hard work since then. This is the biggest award and honour we have ever received and I hope it shows that quality always shines through,’ said Liam.

The Best Artisan Award, also sponsord by An Bord Bia, was won by Bainne Codhladh of Kanturk Co Cork, who won with its Lullaby milk. By taking the milk from the cows during the night it contains naturally high levels of melatonin which helps with sleep. It is particularly effective for babies with sleeping difficulties. 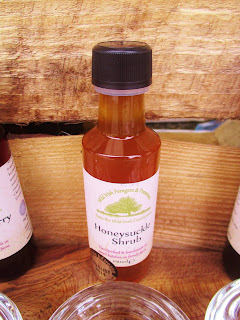 Also announced as prize-winners were:

Best Start-Up (Sponsored by AIB): Cornude Popcorn: Cornude Artisan Popcorn is a range of yummy gourmet popcorn flavours freshly made in the Liberties in Dublin.

Rogha na Gaeltachta / Best Emerging Producer in Gaeltacht area: Macroom Buffalo Mozzarella, which is produced from a herd of over 150 buffaloes on a farm at Cill na Martra.

Producers’ Champion 2015: Minister for Agriculture and Food, Simon Coveney. Following a survey of over 2,000 producers, Minister Simon Coveney was selected by the producers themselves as their Champion for 2015, in recognition of his efforts to promote Irish food producers and their products at home and abroad.


This year’s Blas na hEireann Irish Food Awards attracted over 2,000 entries, making it the biggest competition of Irish produce on the island of Ireland. Every county in the country is represented. The final judging took place on Thursday last, 1 October at the Dingle Skellig Hotel. The winners were announced at an Awards Presentation at the Phoenix Cinema in Dingle on Saturday, 3 October as part of the annual Dingle Peninsula Food Festival. Prizes were awarded in some 100 categories.
Blas na hEireann Dingle Brewing Company Macroom Buffalo Mozzarella Quinlans Fish Simon Coveney Wild Irish Foragers