Blair Boys Talk the Talk And Walk the Walk.


And Walk the Walk 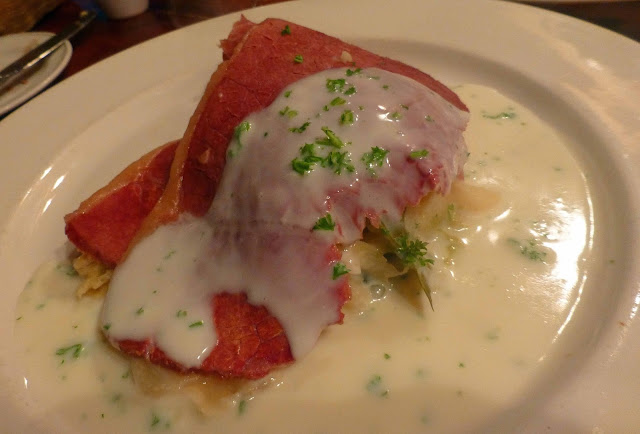 The Blair brothers, Richard and Duncan, can talk the talk and walk the walk. Whether as headliners at the recent major Irish festival in Milwaukee or as one of the stars of this year’s Theatre of Food at Electric Picnic, the Cloghroe duo can hold their own with the best.

But these naturals don't need a stage  to talk. They need no prompting to talk about the wonderful local produce they source for their much awarded Blairs Inn, no prompting to talk about their producers. And their producers include craft brewers. They love their beer here and were one of the first restaurants to produce a beer list as well as a wine list! 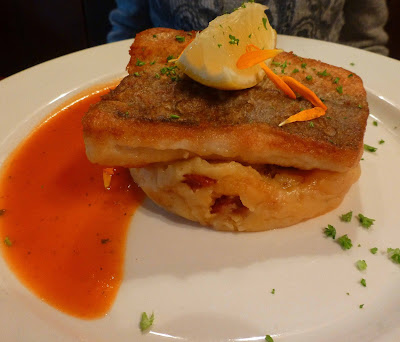 We were there for lunch in midweek. We had a superb lunch. And, yes, we had a lovely conversation. Beer was the first topic. We settled on the Radik American Style Pale Ale, an excellent one hop one indeed, produced by Cork based Belgian Alain Dekoster. Watch out for this guerrilla brewer - he can turn up anywhere - and by the looks of it, anything he turns out is top notch!

Anyhow, back to the lunch and my main course of Silverside of O'Crualaoi Corned Beef on a bed of champ served with Cabbage and Parsley sauce (16.50). This is the House Speciality, a dish that won over young and old alike during EP and one that I regularly order when I'm in Cloghroe. Always amazed at the amazing quality of this meat, an ancient Irish treat, enhanced on this occasion by a shared dish of flavoursome vegetables - the turnip was a treat - including those tasty baked roosters! And the recommended beer? Radik Pale Ale, of course! 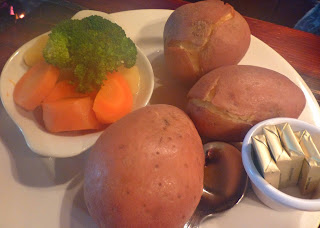 CL meanwhile was tucking into Baked Fillet of Hake on a Gubbeen chorizo mash, served with a red pepper coulis. A great piece of fish, well cooked, but that mash too took its share of the spotlight and the light coulis also played a key role. And of course that dish of massive vegetables. Not forgetting her Pale Ale. Alain would have been happy to hear the praise!

Gubbeen too featured on my starter, also known as the Cloghroe Salad (8.65). Could have eaten the leaves supplied by their Mallow grower on their own!  But so well dressed and combined with warm brown bread, it was quite a treat, expertly assembled. 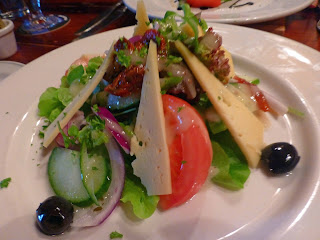 And there was even more expertise in CL’s starter: Warm Tartlet of Ballinhassig Goat’s Cheese, creamed leeks and smoked salmon on a balsamic reduction (9.25). They lit the fire for us in Blair’s but we were already warming up with the excellent food.

Great stuff in this highly recommended award winning venue. Do visit and do join the conversation. You’ll have the craic here and be well fed. 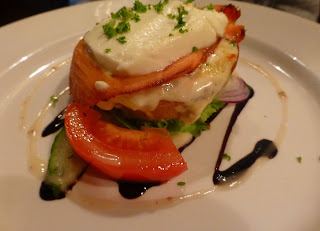