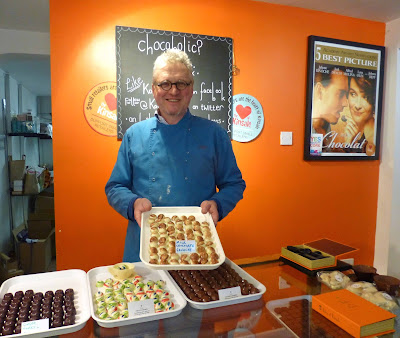 So there you are, after the recession and wiped out. Not the time for a knee jerk reaction. Count to ten, maybe. Well Frank Keane’s count to ten took him eight months and his decision took him from shock to choc!

For twenty one years before the recession left him high (low, maybe) and dry, Frank had dealt in collectable ceramics in Kinsale, in the same premises where he now makes Koko chocolates. Things were good but, like many another, he got ambushed when the Tiger’s roar died, going backwards before the final “wipe-out”.

What would he do now? What could he do. He looked to the kitchen. Under his mother’s influence he had always loved the kitchen. But, at fifty, he didn't want to start at the bottom with someone half his age telling him what to do.
Chocolate was the answer that came to him. And so, four years ago, he took a short two day course with Benoit Lorge in Kenmare and has been learning ever since, and enjoying life, even if the commitment is huge - seven days a week.

Citing Mast Brothers of Brooklyn and London as an inspiration, he “learns new stuff every day”. It helps that “chocolate is a very forgiving substance. If something doesn't turn out well, you can melt it down and start again.”


Ireland is a good place to make chocolate but even here the weather can be a problem. “On a wet day, especially with high humidity, the excess moisture can be a problem. And on a hot summer’s day, it is impossible to work."

“Chocolate should be fun,” he says. “Put a smile on customers faces, adults as well as kids! I am often asked, Can you do this? I say I’ll give it a go and if it works it works”.

He had an unusual request over the recent Bank Holiday weekend. His premises were to be one of the calls on a James Bond theme arranged by a wife as part of her husband's 40th birthday celebrations. The party group were split into fours and at least one group was calling to Koko where they would find a chocolate grenade and hidden inside was 007’s favourite drink, the Martini (shaken, not stirred). I had an envious look.


Frank makes the chocolate upstairs. We were sampling as we spoke and one that really caught my attention was the Ginger-Honey-Seaweed combination, a marvellous concentration of flavours and a very long finish indeed. Superb and as Frank pointed out, all three ingredients are good for you!

His own favorite - it changes weekly! - is the Rum Truffle. “You can't go wrong with a Rum Truffle, particularly if you have enough rum!”


Kirsch is another liquor that Frank uses. He uses Balkan Cherries, stones out, stalks on, and soaks them for ages in a big bucket of Kirsch. Then they are dipped in dark chocolate and are divine! He also uses the likes of crystallised orange and ginger.


Christmas, fast approaching, is a peak time for Koko. And, as Frank relies on local customers (he doesn't do wholesale), he is always hoping for reasonable weather in the two weeks before the holiday, so that people can comfortably use the roads and get to Kinsale. 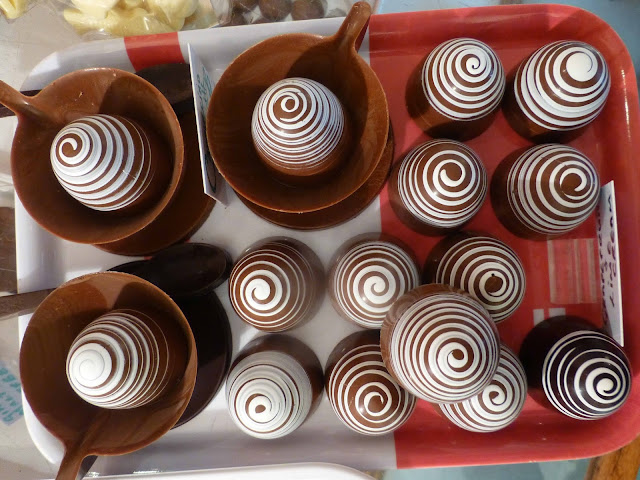 And everything here is fresh. “Everything you see here was started in the last two days. You get fresh stock, nothing is old here, it just turns over.” Quite a commitment but he gets great satisfaction from his work and loves having his own business.

By the way, he is right in the heart of the town, opposite the main car park alongside the tourist office. So do call in and take a look and while you are there you may also have a cup of coffee, maybe a hot chocolate? And, buying or looking, you are assured of a hearty welcome from Frank. 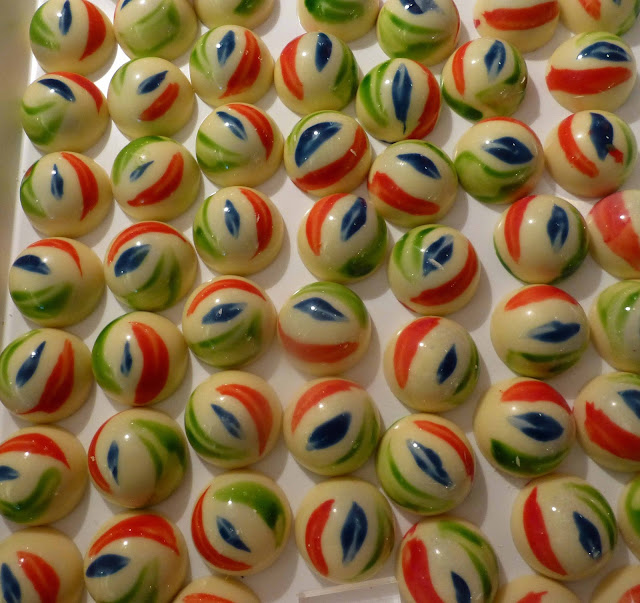