Has a meal ever changed your life? That’s the question posed by Elizabeth Bard, US author of Lunch In Paris. It is not a cook book, even if the menu above was “pulled” from its pages.  It is a love story, with lots of food and quite a few recipes.

It begins with a recipe. Or does it?
“This is amazing,” Elisabeth said. “You have to give me the recipe.”
“There is no recipe,” he said, smiling. “I use whatever I have. It never tastes the same way twice.”
She had no way of knowing how this man, and his non recipes, would change her life.

Each chapter follows the twists and turns of the relationship between the American woman and her Breton lover and later the interaction between her American relations and the French family. It has its ups and downs but mostly it brings smiles. Not least because at the end of each chapter there are a few recipes related, in some way, to incidents in the previous pages. 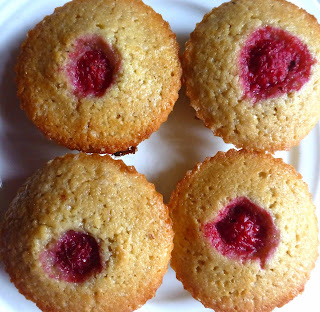 Elizabeth was puzzled for a long while as to how French women, particularly her mother-in-law,  stayed so slim and able to wear bikinis right into old age. She twigged when a gateau Breton was being shared out. “Une petite part ou une normal?” she was asked. “Normale,’ she replied. It was the wrong answer, if you wanted to fit into your bikini. All the other ladies choose the small portion.

Our starter came at the end of that chapter. I had been hoping to do the sardines but was told “they won't be in until Wednesday”.  Neither dish could be regarded as diet food but both could help you get back into the bikini. The mussels (Pat O’Connell) are basically your normal Moules Marinières, with the addition of a half bulb of Fennel (Superfruit). Recommended wine: El Grano Chardonnay (€14.30 Le Caveau)

Not too clear why the Poulet (Chicken Inn), our main dish, came in where it did. It does follow on from her introduction to that very basic French dish, the andouillette, “a peculiar sausage, roughly cut from the stomach and intestines of the pig”. Another French hurdle jumped by the author. 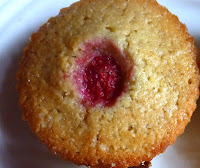 You'll find lots of Poulet Basquaise recipes on the net. Bard includes peppers from Espelette. I failed to get them in the English Market but Mr Bell had a good alternative in smoked paprika. Recommended wine (will also go well with the mussels): Marco Real Corraliza de los Roncaleses 2012, Santacara (Navarra DO), €15.50 Karwig Wines.

The financiers are usually shaped like a gold ingot but these, like the ones in the book, are round. You can do the little rectangular ones if you have the proper mould! Elizabeth and her husband bought their fianciers at the boulangerie, along with croissants. Again, recipes for these addictive mini-almond cakes are easily found on the internet. Speaking of addiction, the recommended wine is: QA Velenosi Visciole NV, 13.5%, 50cl, €18.95 Karwig Wines.

* As you've realised by now, we didn't actually cook a lunch in Paris. Less than 12 months ago though, we did have lunch cooked for us there by a top Chilean chef, Chris Carpentier, who runs his own restaurant in Santiago and is the man who fronts Masterchef in the country. Check it out here.
Elizabeth Bard Espelette financiers France Lunch in Paris mussels Paris poulet basquaise