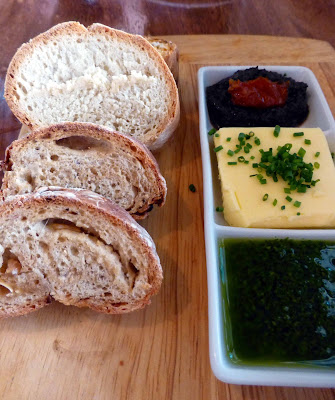 I enjoyed my recent one night in Ballina (County Mayo), especially the meal in the Market Kitchen and the overnight stay at the nearby Quignalegan House. The Irish don’t seem to have discovered Quignalegan yet as most of the guests come from the continent!
Met up with my Mayo relations during the day and then checked in with Breege Padden at her Quignalegan House just about a mile out the Sligo Road from the well known Ice Hotel. Breege runs a four star guesthouse here and had the kettle on even before we thought of a cuppa. We enjoyed the tea in her well equipped lounge which has comfortable chairs, a TV and plenty of books.
The bedroom too was comfortable and spacious and had all the mod cons, including a flat screen TV. All rooms are ensuite and you’ll also find information here on what to see and do in the area. There is a breakfast menu. Cereals and fruits and yoghurts are on side tables and you might need to give Breege your cooked breakfast preferences in advance – otherwise it is the full Irish!
Had heard only good things about the Market Kitchen, the restaurant that is on the floor above the Murphy Brothers Bar in Clare Street in the town. The kitchen is a big supporter of local producers and they are listed on the menu.
It comfortably seats 80 and it was busy on the Saturday night. We really enjoyed our dinner there. The local produce stood out in the starters, both top class. CL went for the Seared Scallops (pan-fried, with asparagus, chorizo, béarnaise, and Kelly’s black pudding crumbled). Mine was one of their signature dishes: the Achill Island crab claws (baked, with roast baby potatoes, garlic, chilli and lime cream).
The main courses were also local, also superb. Mine was the Roast Breast of Silver hill Duck while CL went for the Grilled Fillet of Clare Island Salmon. The restaurant, as I said, was busy, but the bar was positively abuzz as we walked down the stairs and most of the punters seemed to be eating. Highly recommended!