Fantastic Fantasia, Daniel O'Donnell and the sands of Bunbeg

June 13, 2013
Fantastic Fantasia, Daniel O'Donnell and the sands of Bunbeg
Today’s smashing weather was an unexpected bonus. Spurred by the early morning sun and thinking it wouldn’t last too long, we headed off south for a change, down to Dungloe with our intention being to slowly work our way back up the coast. The sun stayed and we enjoyed another fab day in Donegal, rounded off just a short while ago with a tremendous Italian meal in Davide Tullio’s La Fantasia in Letterkenny. The sun was still there as we drove back, though dipping!

But let me begin in Dungloe where there are at least two big names, Daniel O’Donnell and Pat The Cope Gallagher. The Cope gave the young Daniel a job in one of his many outlets but Daniel could probably buy the entire village now and have plenty of money left.
It wasn't always so and his story, a really fantastic life of achievement, is detailed in the Daniel O’Donnell Visitor Centre in the town. Many highlights of his life and career are recalled here, including the famous Red Book from the This is Your Life series, just one of many very impressive honours given to the popular singer. Lots more memorabilia here too including gold and platinum discs. 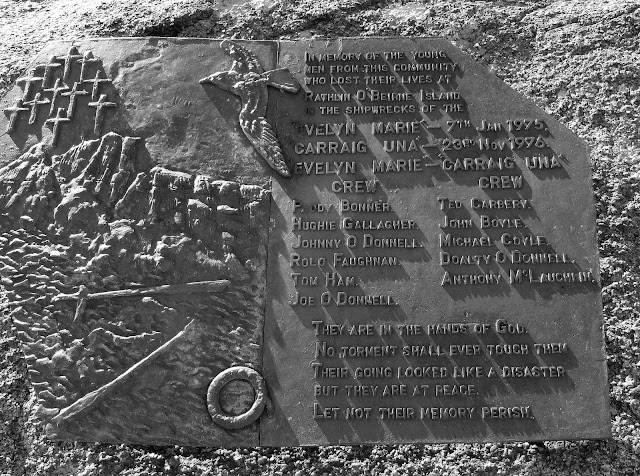 Had a lovely pot of tea (no, not at Daniel’s!) but at the local community centre cafe. The centre also houses the library, the tourist office and other offices. But the café is worth a call. They serve great little bites and are very friendly indeed.

On then to Burtonport, from where the ferry leaves from Arannmore Island. The day was fine and we were tempted but decided to stick with the original plan. Burtonport hosts a memorial to eleven young men from two trawlers, the Evelyn Marie and the Carraig Una, that were lost nearby in 1995 and 1996 respectively.

As we moved through the Rosses, our next stop was Kincaslough, the home of Daniel O’Donnell. No queues for tea here anymore. Great views out to sea as we headed up the coast and then to Annagary and Crolly and then inland to Gweedore and beyond to get a better view of Errigal, the highest mountain in the county. 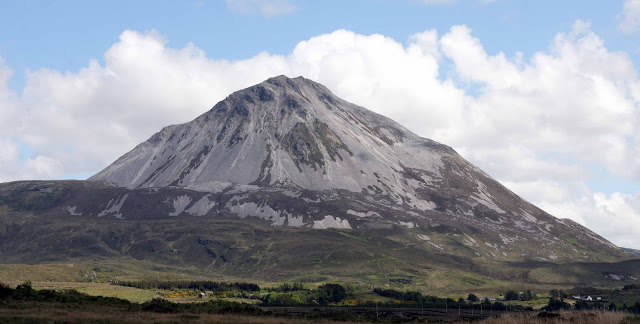 For many miles around here, it dominates the landscape just as Mont Ventoux does in Provence. We drove as far as Dunlewy, getting a close-up of the spectacular mountain and also great views of the valleys below, including the Poisoned Glen.

Back then towards the coast again and soon we were on the magnificent stretch of sands by Bunbeg. Had a good stroll there and then headed up to the Ostan Gweedore. The balcony of the bar here has a super view of the sands and the waters and here we relaxed and took it all in.
More great coastal sights as we continued the drive north with famous names such as Bloody Foreland and Tory island coming into view. We closed the day’s loop at Gortahork feeling privileged and spoiled. Back “home” via Dunfanaghy and Portablagh to Downies.

There was a pretty quick turnaround and we were on the road again, this time heading off to La Fantasia in Letterkenny.  Started off with Cozze Pomodoro (Sauté mussels in a spicy tomato sauce) while CL enjoyed her Bruschetta alla Pomodoro (4.50). Mine was €6.90. 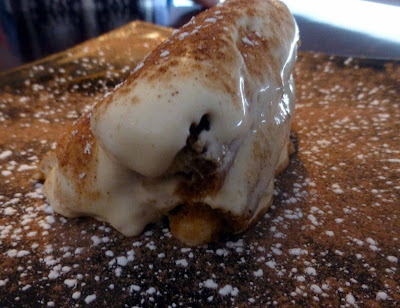 Mains were superb. Pollo Cacciatora is a favourite of CL’s and remains so after a lovely plateful of Pan Fired Chicken served with onions, peppers, mushrooms, white wine and a spicy tomato garlic sauces, all for €16.50.

Vitella al pepe verde (23.90) was my choice, Irish thin cuts of veal served in a green peppercorn sauce. All main  dishes are served with a choice of side dishes so by the time I added Rosemary potatoes and CL added Vegetables we had quite substantial meals in front of us. Good stuff and good value. 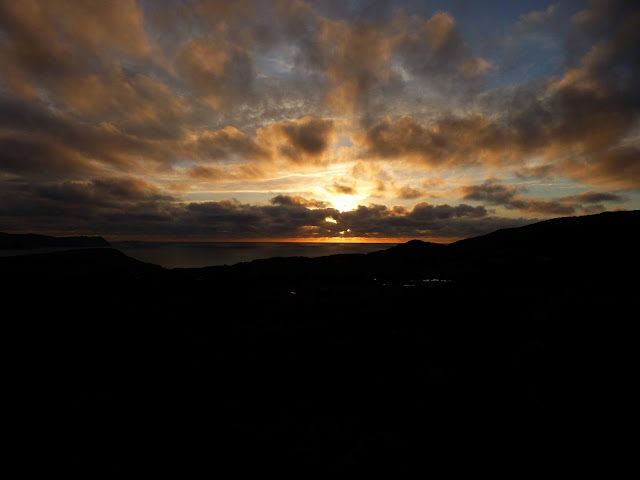 Wine was, naturally enough, Italian, an IGT Sangiovese from the Adriatic region of Molise, along the Adriatic Sea between Puglia and Abruzzo.  It was dry and mellow with smooth tannins, quite a pleasing, easy-to-drink red wine.

So that was about it, aside from the gorgeous Tiramisu, of course!
Back to diary index.