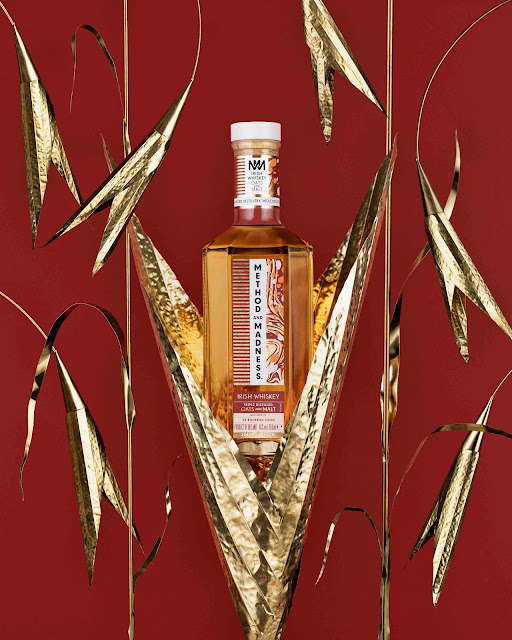 THE LIMITED-EDITION, SECOND RELEASE FROM IRISH DISTILLERS’ VANGUARD OF INNOVATION, MIDLETON MICRO DISTILLERY.Irish Distillers, maker of some of the world’s most well-known and successful Irish whiskeys, is proud to introduce its latest expression in innovation with the launch of METHOD AND MADNESS Oats and Malt. Only the second-ever release from the company’s Micro Distillery, Oats and Malt is a limited-edition release that continues to push the boundaries for Irish whiskey.Oats and Malt has been triple distilled at the Midleton Micro Distillery by Katherine Condon in copper pot stills using the finest Irish oats and malt. Masterfully handcrafted, the second METHOD AND MADNESS release produced in the Micro Distillery, pays tribute to the traditional malt flavours of sweet cereal, green apple and notes of lemon zest, while the inclusion of oats brings new tastes and aromas with notes of marshmallow and fudge along with a sumptuously creamy finish.Amid the innovative playground that is the Micro Distillery, curiosity took hold as Distiller Katherine Condon began experimenting with a variety of grains and decided on the unique inclusion of oats alongside the traditional malted barley. Through experimentation, trial and error and an unquenchable thirst for an exceptional liquid, the team handcrafted different ratios until they found the perfect mash bill of 60% oats and 40% malt. When Eva joined the Micro Distillery in 2019 she oversaw the maturation of the distillate in ex-bourbon casks, finally settling on a 46% ABV liquid that has a soft texture yet crisp taste.With the utmost respect for tradition combined with a curiosity for the extraordinary, Katherine Condon comments: “Nearly a year on from the release of METHOD AND MADNESS Rye and Malt, we are extremely proud to introduce the world to the second release from our Micro Distillery in Midleton. The innovations within Irish whiskey continue to play a key role in growing the industry and it is a joy to be a part of that with the work we do at the Micro Distillery. 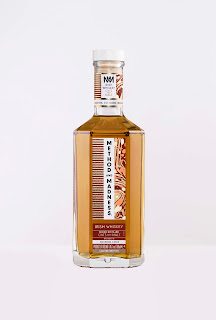 The Oats and Malt release represents something exciting. By working with traditional malted barley in copper pot stills and combining this with Irish sourced oats, we are honouring our past while pushing forward with innovation. This is an extraordinary Irish whiskey offering that is a first for METHOD AND MADNESS.”Eva O’Doherty continues: “Being able to challenge normality and push the boundaries of modern Irish whiskey is extremely exciting, but not without its challenges. We had lots of trial and error to ensure we could brew the oats without ending up with too viscous a texture.  It has been a privilege to work on something utterly innovative and to craft a final liquid that is truly exceptional.”With this release, METHOD AND MADNESS is continuing its mission to further support the resurgence of Irish whiskey, drawing on new techniques, historic yet innovative mash bills and the restless curiosity of its craftspeople. Bottled at 46% ABV, the limited-edition METHOD AND MADNESS Oats and Malt Irish Whiskey will be available from September 30th in Ireland, the UK, Dublin Airport and online at the RRP of €95.Tasting Notes:Nose: Toasted Marshmallow, Pink Peppercorns, Orange ZestTaste: Fudge, Citrus Oils, Green ChilliFinish: Creamy Texture, Mild Tannins, Soft OatsAbout METHOD AND MADNESSLaunched in February 2017 to push the boundaries of Irish whiskey, METHOD AND MADNESS is crafted in Midleton Distillery, harnessing the creativity of Midleton’s whiskey masters through the fresh talent of its apprentices. Taking inspiration from the famous Shakespearean quote, ‘Though this be madness, yet there is method in ’t’, METHOD AND MADNESS is designed to reflect a next generation Irish spirit brand with a measure of curiosity and intrigue (MADNESS), while honouring the tradition grounded in the generations of expertise at Midleton Distillery (METHOD).
Press release
Method and Madness