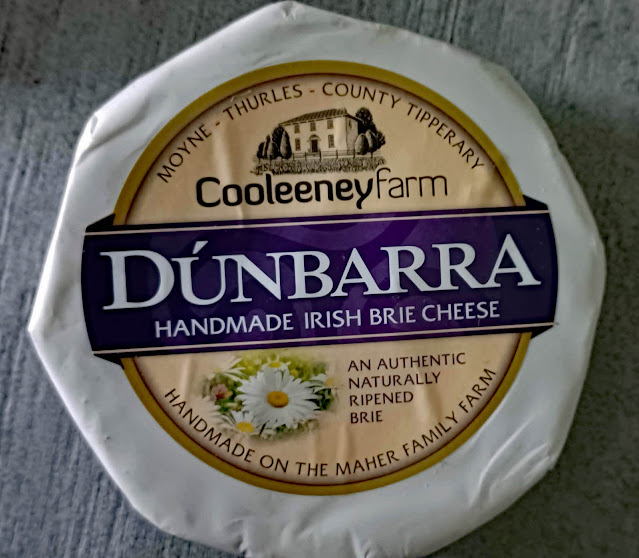 This week's Taste of the Week was improvised, more or less thrown together.

"What will we have for lunch?" "What have we got?" 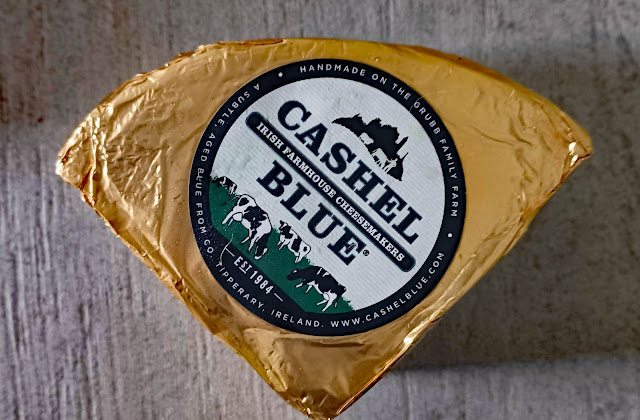 So we got cracking. Rather, we got cutting, little pieces of the wedge of Cashel and of the Cooleeney Brie, a pair of top Tipperary cheeses, recently purchased at the local O'Keeffe's shop in St Luke's. The chutney, mainly apple influenced, was by Gourmet Haven, and had been bought in Lynch's Centra Crosshaven some time back. So we started with those three along with a few slices of Arbutus sourdough (also from O'Keeffe's). Just perfect, a lovely Taste of the Week! The blog chef had just made a few pots of loganberry jam. There was half a jar of it on the table, cooling. So I stuck a spoon in and added that to the cheese. Like magic, our new Taste of the Week got even better!
By the way those loganberries are amazing this year, their third. We have two plants growing on a south-facing wall and they produced close to 7 kgs between them. In fact, just one of the plants deserves most of the praise as it yielded at least six of those kilos. The other is a bit of a dud and it doesn't look like improving for next year!
Still we have plenty of all four ingredients left, so this Taste of the Week could run for a while!
Cashel Blue Cooleeney Gourmet Haven Taste of the Week