Something new is brewing. Check out Cork’s latest brewery: Original 7. A Quart of Ale± #119.

Something new is brewing. Great to meet up with Shane Long and Steve Guiney, two of the people behind Cork’s latest brewery, Original 7.  We chatted to the duo as we (and a host of the city’s top barmen ) were introduced to the brewery and its beers at the Franciscan Well on the North Mall last week.

In 1998, Long established the 7th microbrewery in Ireland, before it was cool! Since then, the Franciscan Well brewery has produced some award winning beers enjoyed the world over. It was one of the original seven microbreweries in Ireland and hence the name for the new venture. A few years back, the original Franciscan Well was acquired by Mouton Coors who continue to make most of the beers in a site on the city quays.

The small original brewery on the North Mall has been bought back from Mouton Coors and it is here that Long, along with Guiney, Paidí Scully (brewer) and Dean Wrenne (junior brewer) are making the new beers. “It’s time for a new generation to take the reins,” said Shane as Original 7 Beverage Company introduced themselves last week.

Already the three beers are available in quite a few city pubs and the list is rapidly growing. And it should also become available further afield in the near future. But don’t expect a big flood of Original 7 beers as this is quite a small brewery.

The beers will eventually become available in can, but that too could take a while, again due to capacity restrictions. Still though, they have plans to issue some seasonal beers.

With the ABV counts on many craft beers rising all the time, there was some surprise that the three beers so far each come in at a fraction above four per cent. This isn’t by accident. Their research indicated a demand for lower ABV beers and so their “focus is on truly sessionable beers, accessible to all palates”.

“An Irish lager but the style is very much Bavarian,” said Steve Guiney as he did barman duty the other night. It is clean and crisp and immediately refreshing with floral notes, citrus too and excellent malt led flavour. Floral notes from the Perle hops, the citrus from the Mandarina Bavaria. Very pleasant indeed and in no way handicapped by its 4.1 ABV. 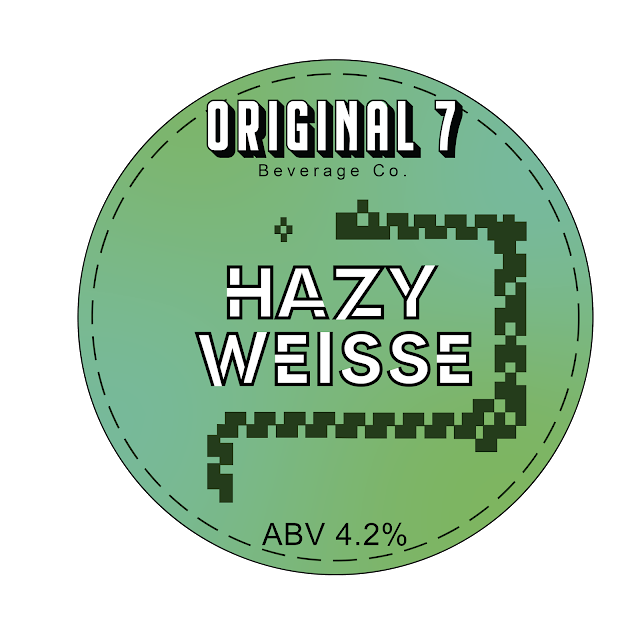 In the early days of the Franciscan Well, I always enjoyed my pints of their Friar Weisse, especially by the blazing fire out in Blairs Inn. The new one also hit the spot as it has many of the characteristics of the original.

Again it is a German style unfiltered wheat beer, with zesty citrus to taste and typical aromatics of clove and banana. Not quite the same as the original though. For one thing the yeast is different and comes from the USA where it was spotted by Shane Long. It was my favourite beer of the night, my favourite of the trio.

Hops: Perle, Magnum for both see above)

“A truly sessionable Pale Ale, hazy in opacity with tropical notes and a big mouth-feel.” Quite a bunch of hops here, from both Europe and the USA and no less than three used in a double dry hop. El Dorado, with its Apricot, Tropical and Citrus qualities, gets most of the credit for its impact on the aromatics and the flavours from the producers. See the full list below.