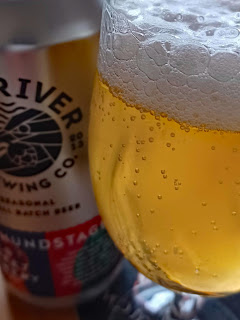 This seasonal small batch beer is a collaboration between Rye River and East London’s Old Street Brewery. It has a pleasant light gold colour, tonnes of bubbles and a bubbly white head. Aromatics are fresh and fruity as you’d expect, more or less, from the hops. On the palate, it is crisp and clean, dry, with a sweet shot of fruit. Totally refreshing for sure.

Rye River: “Introducing our paw-some new Rye River Seasonal brew... Die Hundestage Köter Kölsch! A collaboration brew with our good friends over at Old Street Brewery in East London, this Kölsch is *chef's kiss* perfect to knock back on a hot summer's day. This one is for the dog days of summer! …Part of a seasonal range we developed as a way to explore our passion for our craft. Each beer is never like the last..” 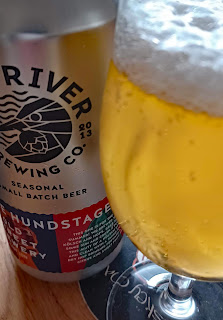 Callista and Tango were used for the dry hops. Callista, as you may know, is from Germany and noted for its fruity qualities such as Melon, Strawberry and Apricot.

Tango, also German, is a relative newcomer, and is following in the footsteps of its grandmother “Hallertauer Tradition” while being the pacemaker into the future. It is also very versatile, something of an all-rounder. In kettle hopped beers: hoppy fresh aroma notes similar to Hallertauer Tradition and Perle − in late and dry hopped beers: fresh and fruity aroma (especially passion fruit) − pleasantly mild bitterness − excellent drinkability. What’s not to like?

This collaboration looks like a win win for Rye River though I’m sure they also played a full role in Die Hundestage Köter (The Dogs Days).

Kölsch is the signature beer of Cologne, Germany, and has a Protected Geographical Indication (PGI). “At first glance, kölsches seem to be doing a fine pilsner impersonation,” according to the Beer Bible. But there are delicate subtle differences, more yeast, more minerality. If you are drinking at source, The Bible recommends Gaffel, Früh (I got this in Bradleys 2021) and Reissdorf as top Cologne examples.

Otherwise, try the 9 White Deer one (gentle hops and malt character, it is easy-drinking, full flavoured with fruity hints and a crisp and lager style character); Rye themselves make the excellent Grafters Clocking Off Kölsch (available in Dunnes). 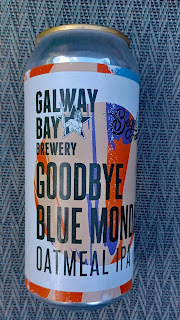 Goodbye Blue Monday was first brewed in 2013.. in collaboration with Chicago’s Begyle. Galway Bay: “This oatmeal IPA is brewed with Irish Malt and lashings of Irish oats. Hopped continuously in the kettle with Citra and Columbus, then dry hopped several times with more Citra. A fan favourite on both sides of the Atlantic.”

That’s the story behind this trans-Atlantic collaboration. Quite a success story for this hazy light orange coloured IPA. Aromas are modest but, importantly (thanks to the Columbus) firm hints of dankness abound. And those hints are confirmed on the complex palate, lots of it and lots of citrus also, on its smooth journey to a dry and bitter finish. A fully grown up beer. Take heed of their own shout:  Super super stuff this year! Grab some while you can. 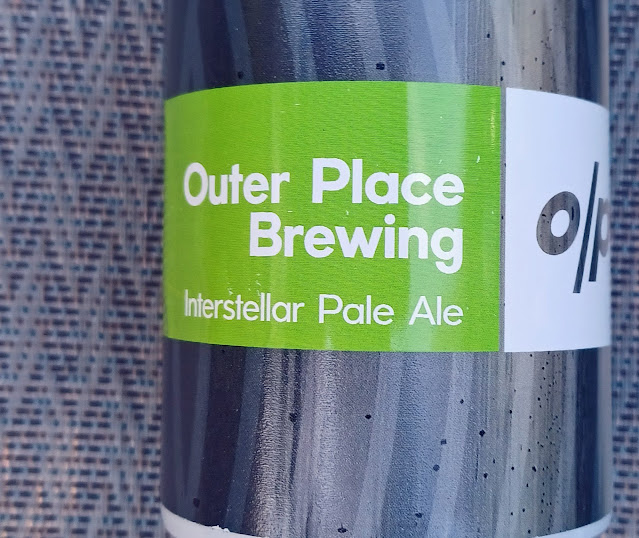 Outer Place promote this as “a sip of sunshine in a can”. Colour is a light orange, hazy with a fluffy white head that soon starts to sink. Aromas, of moderate intensity, are of tropical fruits. Mouthfeel is smooth enough but hop reinforced flavours are anything but, so you get intense flavours, deep and refreshing. Not too sure about the “dank weedy goodness” that the producers claim but it is a characteristic of the Strata hops (used in the whirlpool and dry hop).

It is an excellent debut by Outer Place, a new Irish Craft brewery in Kildare, who are focused on hoppy styles of beer. And they began selling their beers in April 2022.“Interstellar is our new Pale Ale. It's a sip of sunshine in a can. Clocking in at a session-able 5% ABV this one is made for sunny days and summer nights. ….. Lashings and lashings of new 2021 crop Cascade and Strata in the whirlpool and dry hop.”

The story of Outer Place begins at the home of Mark Clarke and Vivien Lough. Mark has home-brewed for years as a hobby and has always dreamed of opening a brewery to satisfy his desire for hoppy beer. Now is the time.

“For now we are going to create beer with friends and collaborators in breweries around Ireland and beyond.

Our vision is to create a destination brewery that is fiercely independent, ethically inclined and sustainable.

Our goal is to create modern, progressive, delicious beers inspired by friends, family, art, music, nature and whatever else takes our fancy along the way.” 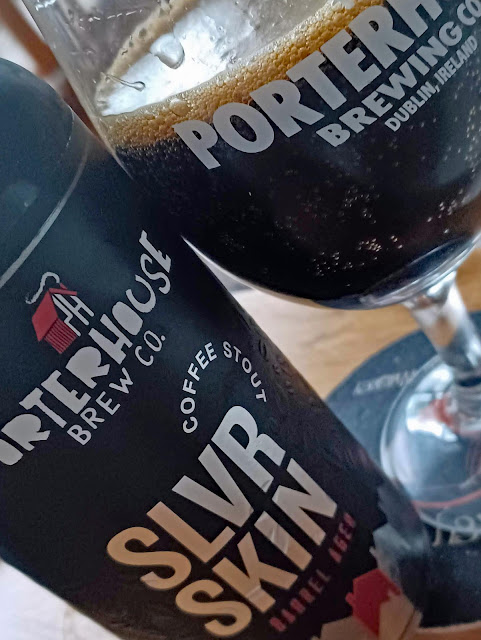 “Our latest collab with the crew in @silverskin_coffee_roasters Is a 13% barrel aged, Imperial Coffee Stout cut with cold Brew coffee for an extra kick…..We don’t add any ‘extras’ – no additives, no enhancing chemicals. Just simple, pure ingredients.” 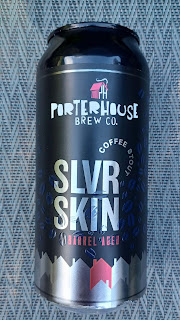 That’s the intro to Slvr Skin Coffee Stout by Porterhouse. It is a very dark brown verging on black with a tan coffee head that doesn’t hang about. Aromas are rich and coffee dominated, hints of vanilla too. And the same combo get to play on the palate as well, smooth, well rounded, yet with quite a punch (coffee and bourbon) and it lingers sweetly. Boy, does it linger. Terrific stout with amazing balance. Just about 7,000 cans were produced. I’ve got mine. You better get your hand up quickly!

It’s been Barrel Aged in Bourbon casks and the result is claimed as the first “Barrel Aged Imperial Coffee Stout in Ireland made with cold brew”.

The advice from the brewers is to serve it chilled and “savour the rich, distinctive flavour”. After fermentation, the resulting beer was matured for nine months in Dingle Distillery Bourbon casks and following this ageing process a second addition of coffee was made, this time as a cold brew into the conditioning tanks before canning”.

All the hard work and precision yields an increased flavour profile and the result is an imperial stout full of rich flavour. Quite a treat! 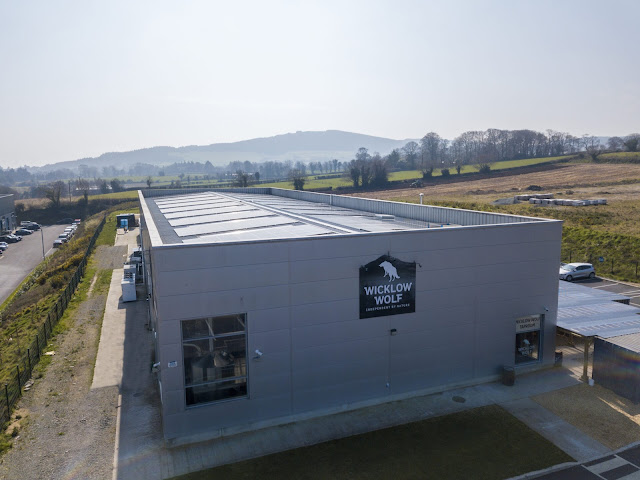 This year we have taken our commitment one step further, we have commissioned the installation of over 120Kw of solar panels, covering the entirety of our 17,000 sq ft brewery roof to become the First Solar Powered Craft Brewery in the Republic of Ireland.