A Quart of Ale± #91 On the craft journey with Whitefield, West Cork, Clonakilty. + news via Rascals, Killarney & Craic Beer.

On the craft journey with Whitefield, West Cork, Clonakilty and Journeyman 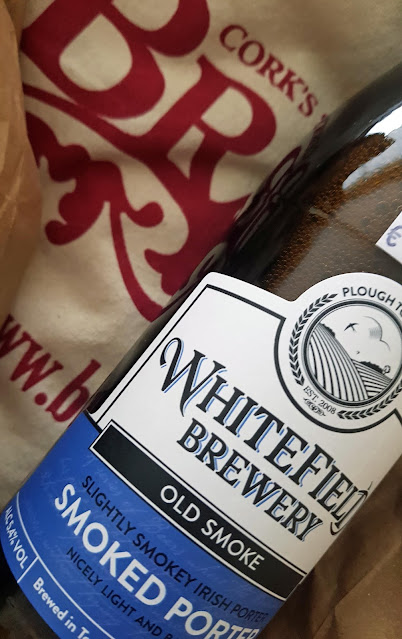 Whitefield (formerly White Gypsy) is a brewery in Templemore, County Tipperary. Cuilán Loughnane is the main person here and, according to Sláinte  (2014), his fingerprints “are all over the Irish brewing scene”. I knew that he (through White Gypsy) had helped Cork’s Elbow Lane and Waterford’s Metalman get up and running by contract brewing their beers and more.

But Sláinte also details his earlier involvement, first with Dwan’s Brewery (Thurles) from 1997 and, from 2002,  he was head brewer at Dublin’s Messrs Maguire (the forerunners of J.W. Sweetman) before setting up on his own as White Gypsy in 2009, a move that saw him join the “Second Generation: Mid 2000s to 2011” of Irish craft brewers.

He has grown his own hops and also brewed beers specially for food, beers in wine sized 75cl bottles and aimed at the restaurant trade. He is still going strong under the new label. By the way, this porter is named after Templemore legend, Old Smoke Morrissey.

They say: Traditionally, beers made in the midlands would have had a slight smokiness due to the malt being dried from peat fires. This stout brings out that combination of smoke and roast while remaining light on the palate.

Black as a newly tarred road between Templemore and Nenagh. There’s a tanned head, soft, and soon sinking away to the black. Aromas are smoky, a hint of bacon as you sniff. And it’s much the same combination on the palate. But nothing too extreme, all rather svelte and subtle, terrific balance right to the very satisfactory finish indeed. 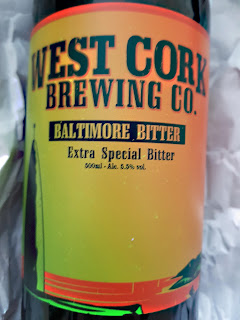 In December 2014, Dominic Casey, Henry Thornhill and brewer Kevin Waugh launched the West Cork Brewing Company. The 1st Brew-Hotel to set up in Ireland and also the country’s most southerly brewery.

It is based in Casey's of Baltimore Hotel and they started with three beers, Sherkin Lass a citrussy Pale Ale 4.4%, Roaring Ruby Dark Red Ale 4.4% and Stout X Stout West a chocolate porter 4.3%, the crew intent on their beers matching the quality of West Cork’s artisan foods.

This Baltimore Bitter is one of their latest. Colour is a very dark red with a tan head, soft, and slow to disperse. Aromas are moderate, notes of pepper. On the palate, there’s quite an amalgam, fruit, honey and a tang of citrus, lime perhaps. Quite a lip-smacking finish.

Refreshing and somewhat different, with a bitter aftertaste, and I can see it playing its part in the suggested pairings of Pulled Pork and Smoked Gouda. “We have used our own well water and the most traditional methods.” It is unfiltered and vegan friendly. 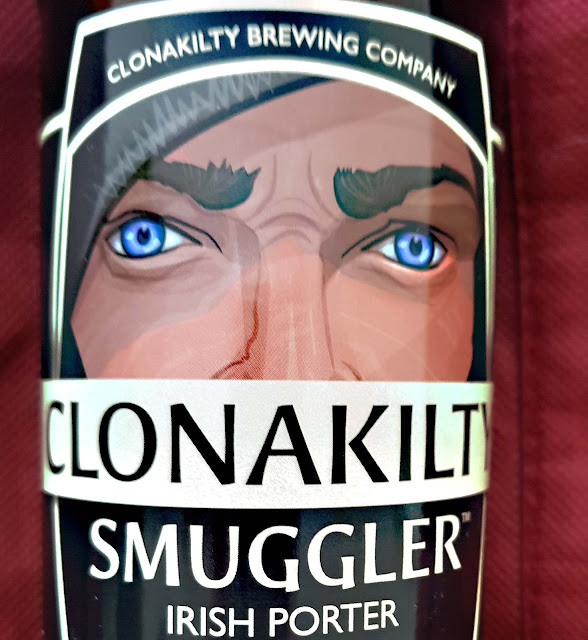 Dark stuff this with a bubbly frothy tan head that sinks slowly. Moderate aromas of roast and chocolate as the head sinks another notch, just a thin disc now. And, now on the palate, it is sweet chocolate, coffee too and a medium touch of bitterness at the finish.

They say: We are passionate about making beer with no compromise, brewing small batches with big personality. Using locally sourced grains, the best hops and water from our own well, our beers are handcrafted with care….

Pour slowly for a smooth creamy head. Enjoy at 10-12 degrees. It goes well with dark meats, rich desserts and chocolate, and is delicious and satisfying on its own.

The Deasy family brewed beer in Clonakilty (known as the brewery town) for almost 200 years, including the famous Clonakilty Wrastler. The Deasys also had a legendary reputation as successful smugglers along the dramatic and rugged coast of West Cork. 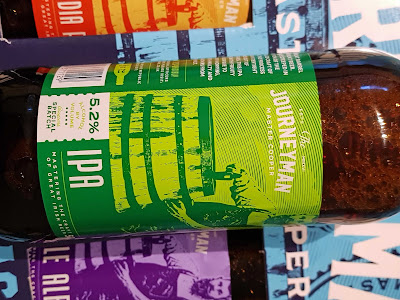 Hazy amber is the colour here and the white foamy head lingers a while. Expecting more middle of the road from the final bottle of my five pack (all different styles) but certainly more of a punch here. Big whack of hops on the palate - they say, and I agree, “bursting with fruity hop flavour”. And, as was the case in the previous four, the balance is good, thanks to the malt.

No details on the hops or malt used, at least none that I can find. Not too many details at all. And certainly nothing about food pairings. All I can tell you is that it went down pretty well with the middle chapters of the John Banville piece of crime fiction playfully titled April in Spain, though hardly a playful mystery, at all, at all, as Banville’s Chief Superintendent Hackett might add.

But there is something of a mystery on the label, and indeed on all the Journeyman labels in the pack. It tells us you of need of a great barrel to make a great beer, that Journeyman is steeped in the tradition of the highly skilled craft of coopering. Are these Journeyman beers are matured in wood rather than stainless steel?

Cooperage can be confusing. I walked past one earlier, in a building once owned by a distillery. It now houses the Aquaculture & Fisheries Development Centre, a research facility of UCC and embedded within the School of Biological, Earth & Environmental Sciences (BEES).

The Rude Couple Canned By Rascals 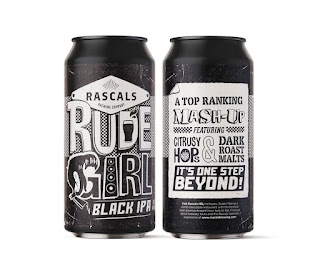 NEW BEER ALERT! Say hi to our next limited edition release: Rude Boy white stout and Rude Girl black IPA.The former is a full-bodied pale stout with chocolate, caramel and coffee tones, brewed with coffee from our neighbours Imbibe, with oak-smoked wheat adding a lovely touch of character. The latter is a robust medium-bodied IPA with a unique blend and balance of dark roasted malts and piney, resinous hops. We're very excited for Feb 24 when you'll be able to get your hands on these. Not only that, we're also having a launch party! Click here for FREE tickets. 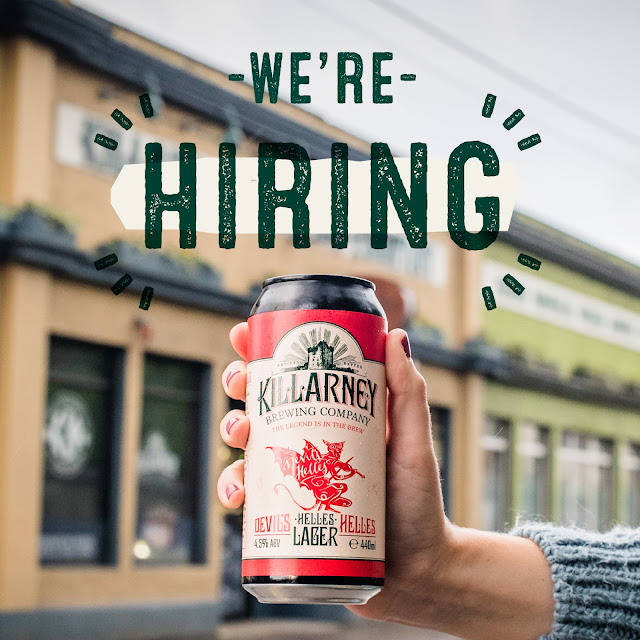 We're on the hunt for waiting staff for the Taproom on Muckross Road in Killarney. The role is made for someone full of energy who enjoys the craic and would like to know more about brewing and our premium Irish beers. Does that sound like you? Send your CV across to Ivan at Ivan@killarneybrewing.com.