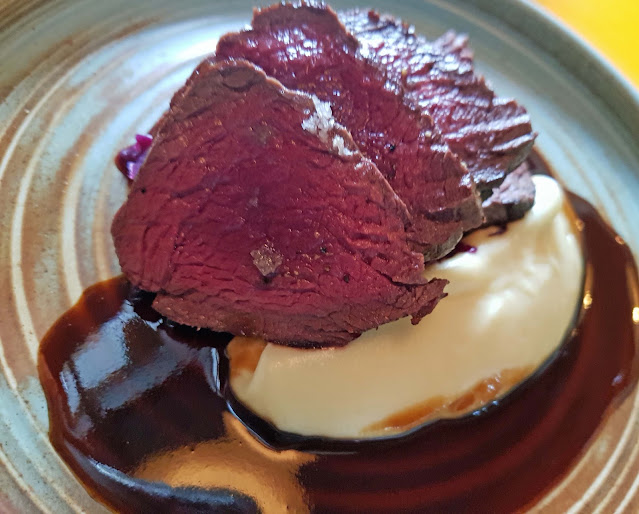 You’ll get well fed at O’Mahony’s Watergrasshill. This welcoming country bar, serves appetising small plates of the best of local, seasonal and artisan food. It is well situated, on the borders of the recently expanded city, East Cork and North Cork, just ten minutes from the tunnel and literally minutes off the M8.

And you’ll get a warm welcome from Máire, Victor and their friendly staff, and those small plates are executed by newly installed chef Barry Phelan. O’Mahonys send their best wishes to previous chef John Deasy who is opening his own restaurant in Clonmel. 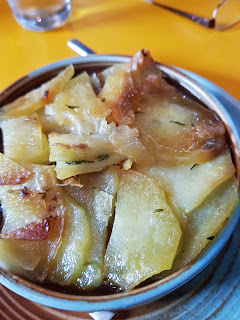 And the tall tales? Well, there’s been a series of them, called The Gab. It happens here monthly and February’s featured Rude Jude and she was billed as “naughty or nice, she's nearly always mischievous”.

They also have a “Corpse Reviver” here. No kidding. You can avail of that on Sunday (10.30am-3.00pm) if you call in for the very popular Brunch. It is one of their cocktails and features Blackwater Gin, Cointreau, Lillet Blanc, Lemon and Absinthe Rinse. Worth a try, I’d say.

February was quite a month as O’Mahony's and other hospitality venues continued the road back to normal. And then something happened that wasn’t normal! Two government ministers called for lunch. Another tall tale? No. The two were Leo and Paschal and O’Mahony’s have the photo to prove it!

And it was still February when the two of us called for lunch. No shiny suits but we did, of course, get that warm welcome and were soon sitting checking the menu. In the evenings, you get the full Small Plates menu and, at lunch you get a smaller selection. By the way, the menu changes from week to week and features mostly local and seasonal. 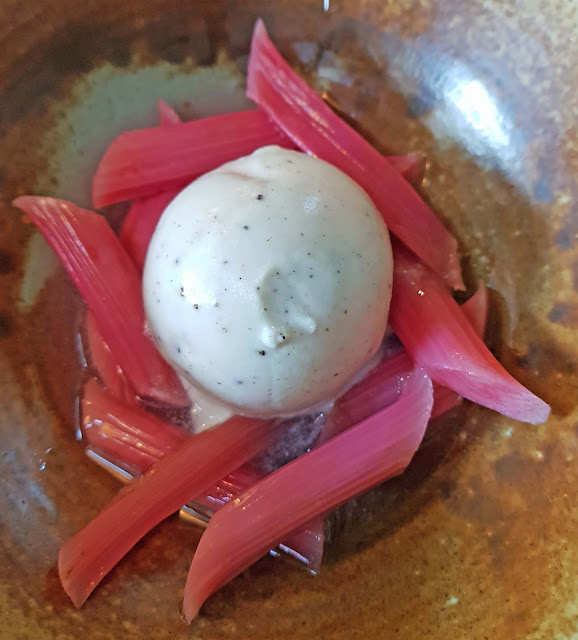 My eyes immediately went to the loin of Venison (€16), with parsnip, red cabbage and elderberry jus. What an amazing dish! The venison was tender and delicious, lifted to another level by its pairing with the red cabbage, while the smooth parsnip purée and the elderberry all did their bit to excite and satisfy the appetite.

The other dish, the lamb hot pot, was just the job for a cold February day. The lamb came from their butchers, Fitzgerald’s, and the pot also contained a large helping of root vegetables and was topped with sliced potato.

They also had sides on offer. Hot cut chips with a roast garlic aioli, and roast Greenfield Farm root vegetables. But we let those go as we had our eyes on the desserts.

And we did finish with a couple of winners. Mine was a 70% Chocolate Tart with sea salt and ice cream. Soft and seductive and warm, it was one of the best of its kind and goes straight on to my dessert shortlist for 2022! CL choose a late addition of newly-picked poached rhubarb and ice cream, another lovely easy to dispatch dessert.

After that venison and that chocolate, I gave thanks. Someone up there loves me! 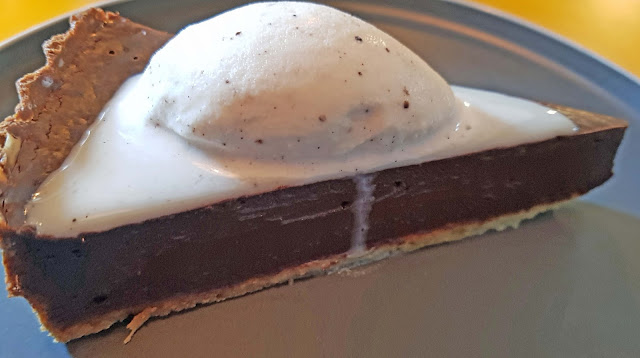 Once you read the menu, you notice that local producers are highly regarded and well supported here: oysters from Rossmore in East Cork, scallops and fish from Ballycotton, vegetables from Greenfield Farm in nearby Knockraha, and meat from Fiztgeralds of Fermoy. Same goes for the drinks with notably Blackwater Gin nominated as their sipping gin.

This is a fourth generation pub with Máire O’Mahony proudly carrying on the hospitality tradition of those that went before. They are very much involved and proud of their place. And if you want to pass the time, either before or after a meal here, then check out the “Nearby” page on their website.  Choices include a walk in the woods, a visit to the village art centre and its theatre or to an open farm.