Greywacke and John Duval. Two Cracking Wines from Marlborough and The Barossa. Do you know the Arneis grape?

Greywacke and John Duval. Two Cracking Wines from Marlborough and The Barossa 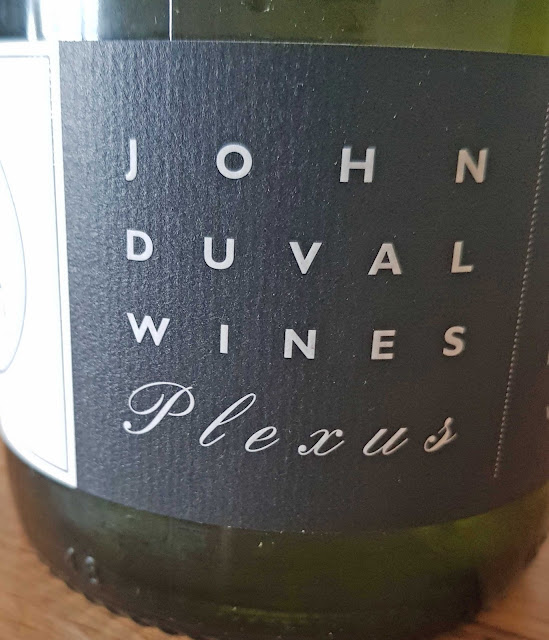 Vibrant light start colour with hints of green invites you to take this Rhone inspired white a little further. And then you experience rather intense aromas of honeysuckle and stone fruit (including rich ripe peach).  Well structured and balanced, you continue to enjoy the ride, the complex palate packed with pure fruit, the six months in oak adding to the vibrancy of the fruit.

I’ve long been a fan of Rhone white grapes, especially Marsanne, Roussanne and Viognier, the three in this blend. Now even more of a fan. Very Highly Recommended.

All varieties were gently pressed. The pressings were then combined with the free run juice and cold settled. Fermentation commenced entirely in stainless steel tanks with some of the Marsanne and Viognier (9%) completing fermentation, and then maturation, in puncheons until bottling in late August. The remaining Marsanne (50%) and the Roussanne (41%) were matured on lees in tank until bottling to enhance the structure and texture of the finished wine.

From a family boasting four generations of South Australian vignerons, John Duval is one of the world’s best known winemakers. After 28 years with Penfolds, including 16 years as Chief Winemaker, John launched his own label in 2003 - a new challenge that would allow him to be involved first hand from vineyard to glass, and provide an opportunity to build something for his family.

Growing Rhone varieties is a no brainer in the Barossa. The Valley has a Mediterranean climate with warm-climate vineyards. And so a red Rhone was the first Plexus: “Our affinity for working with old vine Barossa Shiraz, Grenache and Mourvédre began with John’s time at Penfolds, and continues with this wine - the first to be released by John Duval Wines from the inaugural vintage in 2003.”

“The aim of Plexus is to express a wide spectrum of fruit flavours, whilst ensuring seamless integration of the contrasting characters of the three varietals. Shiraz provides rich dark fruits and mid palate weight, whilst Grenache delivers a bright flavour spectrum of red fruits and spiced notes. Old vine Mourvèdre is integral to the blend, ensuring a good firm backbone of savoury tannin and a long finish.”

I drew heavily on the Wine Australia website for info on the Barossa and John Duval (including the final two paragraphs). 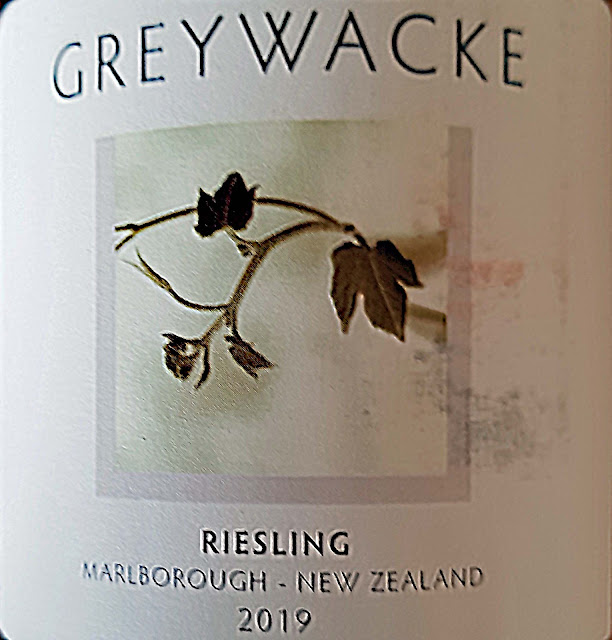 Light straw is the colour of this off-dry Greywacke Riesling from New Zealand. Exotic fruits feature in the intense aromas along with  the more humble such as apple, plus a hint of pepper, and diesel in the background. The fruit flavours, with citrus exuberant, dance across the palate, a little sweetness wafting in there too. But there’s a lively acidity helping bring it all together.  There’s quite a mouthfeel too and a fantastic long finish. Very Highly Recommended.

There’s quite a lot of attention to detail involved in the production of this Riesling. Here’s a flavour: Half of the juice was inoculated in a stainless steel tank using cultured yeast, while the other half was filled into old French oak barriques, where it was allowed to undergo spontaneous indigenous yeast fermentation. All of the wine was then transferred to a stainless steel tank where the fermentation was stopped, retaining 19 g/l residual sugar. The blended wine was filled into old barrels, where it remained on yeast lees for a further five months….

Greywacke was created in 2009 by Kevin Judd, chief winemaker at Cloudy Bay from its inception for 25 years and instrumental in the international recognition which Marlborough Sauvignon Blanc enjoys now. The name 'Greywacke' was adopted by Kevin for his first Marlborough vineyard located in Rapaura in recognition of the high prevalence of rounded greywacke river stones in the soils of the vineyard, a sedimentary rock which is widely found in Marlborough. Kevin is also an accomplished wine photographer.

The Riesling grade is a relative newcomer to New Zealand, first planted in the 1970s and steadily increasing in acreage since then. Marlborough is the leading area for both sweet and dry styles (Grapes & Wine edition. 2015).

Have you heard of the Arneis grape? 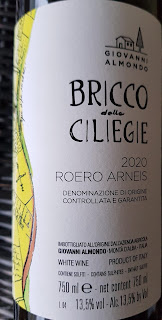 Not too many of us will have heard about this Arneis grape. Indeed in the middle of the previous century, it was on the way out of the scene. The website wine-searcher.com says it “has been rescued from the verge of extinction”. Obviously the local Barolo producers, so rich in reds, took to it as a white to be proud of and that helped the revival as has its distribution in these islands by Liberty.

Now the Arneis wines are known as Barolo Bianco and are synonymous with the Roero region where this one is produced by Giovanni Almondo.

This single vineyard Arneis has a straw gold, bright and clear. Liberty Wines MD David Gleave, alerted by their local Barolo producers, tried this a few times before deciding to import it to the UK and Ireland. Aromas and flavours are modest and pleasant with touches of apple and peach, a hint of hazelnut too. And there’s a lovely fruity crispness about the initial contact on the palate, a contact that soon proves refreshing and is satisfactory right through to the lengthy finish. Highly Recommended.