Taste of the Week On the Double: Crépinettes and Cider


On the double: Crépinettes and Cider 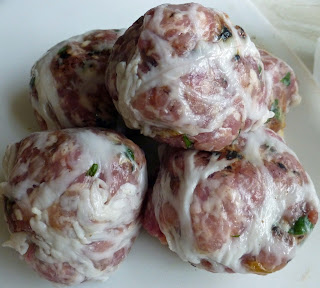 Just west of the city, Mark Hennessy raises a few free range pigs. To the east, Johnny Fall Down makes an award winning cider. Put them together and you have our Taste of the Week!

In the city’s English Market, butcher Eoin O’Mahony makes crépinettes (and more) from the limited supply of Hennessy’s pork. When I arrived there on Saturday morning, he had sold out but was about to make more! 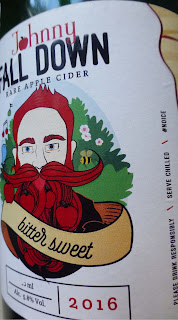 In the meantime, I headed up to Bradley’s and got a few items including the 2016 Johnny Fall Down, reckoned to be better than the initial 2015 and “flying out the door”.

Back at the Market, I picked up my crépinettes (six for a tenner) and headed home. They were in the bag with the cider but I had no idea at all at that stage that I'd be putting the two together that evening. 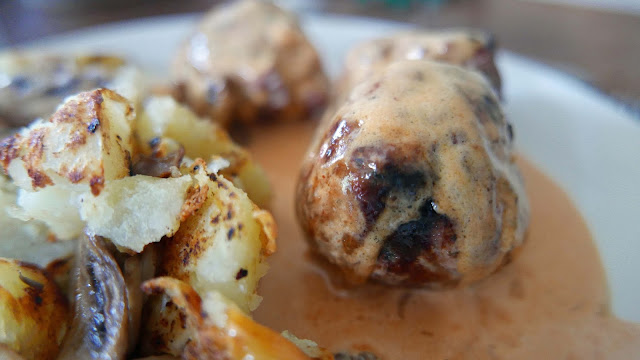 Had a chat with the official blog chef and hatched the plan. The pork would be started in the pan and finished in the oven, a  cream, butter and tomato sauce would be added along with some mushrooms. And we’d pair it with the cider. It turned out to be a match made in Cork (otherwise known as food heaven), just perfect. 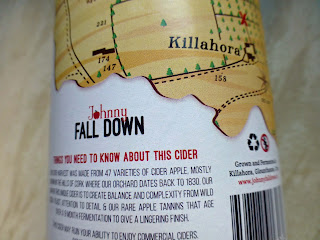 Either would have been good on its own but together they were outstanding. The Johnny Fall Down Rare Apple Cider 2016 has an ABV of 5.8% and cost €7.50 for 750ml at Bradley’s.

This pure, strong bittersweet cider is made from no less than 47 varieties of cider apple, most grown on the warm south facing slopes of Killahora. They warn that if you still have any lingering love of commercial cider, this will liquidate it!

Due to the limited supply, O’Mahony’s won’t have these crépinettes every week but Eoin may well have others. Recently he did kid and veal. On Saturday, Eoin told me he had six of Hennessy's hams curing so they should be available any day now!