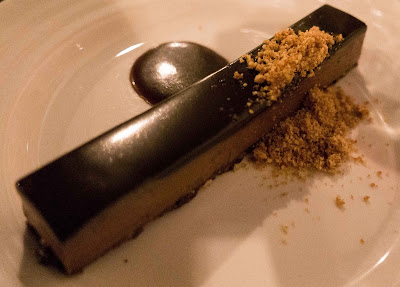 Cork County Mayor, Declan Hurley, was in the Malthouse of the Midleton Distillery last Tuesday to help launch FEAST, the East Cork Food and Drink Festival. The Mayor, well used to the Taste of West Cork Festival, encouraged those involved in FEAST to keep it local.

Kevin Aherne spoke on behalf of FEAST and he too stressed that provenance had to be a key factor in the festival. Not too much point in a local food festival unless the local food and drink is at the heart of it.

This is the first time that the former Midleton festival has been marketed as FEAST and the hope is to spread it even further in the East Cork area in the future. And to do that, even more sponsorship will be necessary. 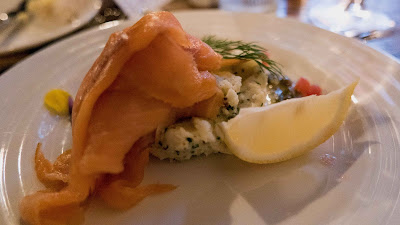 The cooperative spirit behind the venture was well illustrated on the menu for the evening and we enjoyed a lovely four course meal in the Malthouse. The Farmgate produced the starter, a delicious combination of Ballycotton Seafood smoked salmon, crushed mint potato salad, caper and citrus dressing.

And on then to the Malthouse cheese board: Ballinrostig Gouda, Bo Rua Cheddar, and Ballymaloe Chutney. And we finished as we had started. With whiskey. On arrival, there was the perfect Jameson serve with ginger ale and lime. And the finalé was a glass of Black Barrel, one of my favourites from Jameson, so called because the barrels are well charred! 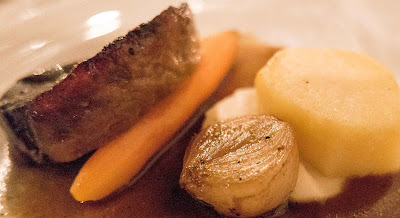 Thanks to Irish Distillers, John Wall, Frank Murphy, Village Greengrocer and Wilkies Chocolate, who also had an input in the meal.

Time for the taxis then and to look forward to the big week that begins on Monday, September 4th. You can see the daily highlights here http://www.corkbilly.com/2017/08/feast-in-east-midleton-festival-expands.html, lots of evening meals.

But the closing Saturday, beginning in Midleton at 11.00am is a big day and is indeed billed as the major event. The main street will be packed with stalls and, this year, you’ll have a long table to sit down, relax and eat some of the goodies on sale. No doubt there’ll be tasty bites too from the restaurant tent and the farmers market. And the children will have their own area with music shows, puppets and amusements. 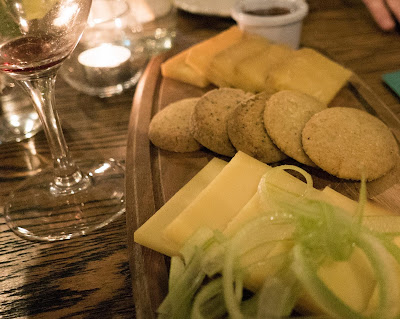 And the FEAST demo marquee has a long list of demos including one with Justin Greene on Bertha’s Revenge Gin, a sourdough demo by top baker Patrick Ryan, a seafood masterclass by Ciaran Scully, an invite to her kitchen by Lilly Higgins and then a East v West cook-off between Kevin Aherne and Marin Shanahan (Fishy Fishy).

If you still have any energy left, then get yourself into the courtyard in Sage on Sunday for a #12 mile BBQ with music, fun and a “BBQ that Midleton has never seen before”.