Australia’s Wine Diversity On Show in a Dublin Gallery 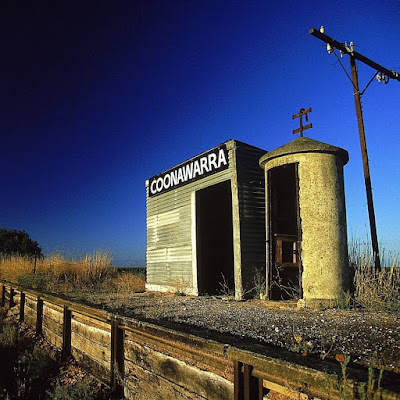 Diversity was the theme for last week’s Australia Day Wine Tasting in the Royal Hibernian Academy in Dublin, a theme that was well illustrated indeed with over 200 wines to be tasted.*

Everything from a high quality Tasmanian sparkling wine, Jansz Premium Cuvee NV, to a d’Arenberg Rare Tawny (had that lined up for my very last sip but, stupidly, forgot about it - next time!). And so much good stuff in between, including a special Focus Table for Shiraz and Chardonnay for which the country is justly famous. Diversity is rampant, according to Hugh Johnson. "And we can choose: the full-on or the nicely judged."

Wine Australia is happy that Ireland “maintains its love of Australian wines, with bottled imports up 26%. Higher price point segments are pushing the overall value up, helped by the advantages of the exchange rate.”

There was no shortage though of lower priced "nicely judged" wines at the show, some very well known ones like the Casella Yellowtail  (lovely Chardonnay), the less well-known Kelly's Patch selection (most of them easy drinking and easy on the pocket at €11.99, plus a couple especially developed for restaurant lists), Deakin Estate’s list includes an award winning Sauvignon Blanc (Victoria) along with an impressive Artisan’s Blend (Semillon and Sauvignon blanc).

At the top end of the price scale you had memorable marvels such as Parker Coonawarra Estate First Growth and the gorgeous Tyrrell’s Winemaker's Vat 1 Hunter Semillon 2010 (from the Tindall stand). Each is the Signature Wine of the respective vineyards, according to James Halliday in his Wine Atlas.

The Hunter Valley is well known for Semillon, a grape that I rather like and one that you rarely see on its own in Europe.  But this 2010 by Tyrrell’s is a gem, no oak, great fruit and terrific acidity.

No shortage of Riesling here and the first to impress was the super Hardy’s HRB 2014 with its great balance of fruit and acidity. Clare Valley produces some terrific Rieslings and we got a whiff of petrol as we sampled Jim Barry’s The Lodge Dry Hill 2014, an excellent wine. And that was matched, maybe even shaded, by Peter Lehmann Wigan Eden Valley 2006, superb flavours and aromas and more of the petrol, again his signature wine according to Halliday.

The Wirra Wirra Lost Watch, at the Tindal’s stand, was one of the driest of the Rieslings and it too had petrol in the aromas; great fruit too with some style, top quality and an all round excellent wine. All the Riesling though would need food methinks.

Table 3 (C&C Gleeson) had an offering from Tasmania and our second sip from the island was the Eddystone Point Gris 2013, a lovely almost creamy wine. On then to Cassidy Wines and our first taste of a Margaret River wine.

Chardonnay “is a headline act for Australia” but having moved away from the “bold full-bodied Chardonnays of the late 20th century, today’s wines are excitingly varied” and Australia now offers “more restrained and balanced examples of this versatile variety.” Don’t think there’s any great news here as this trend has been there with some time but no harm in having it confirmed with some style in Dublin.

The Vasse Felix Filius Chardonnay 2014 (24.99), inviting fruity and matching acidity, really well balanced, is one to note. Vasse Felix, by the way, was founded in 1967 and is the first winery to be built in the Margaret River. 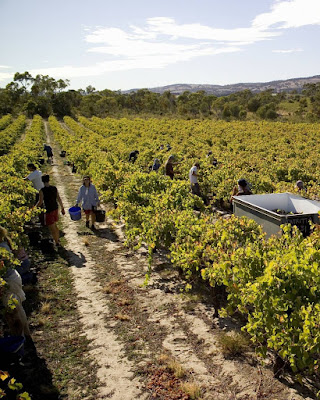 And the Chardonnay just got better at Febvre who had a smashing De Bortoli Estate Growth 2013 from the Yarra Valley. So well made, rounded. Close your eyes and you could be sipping in Burgundy. Their 2013 Windy Peak (also from the Yarra) was lively and very drinkable.

Findlaters too had a terrific Chardonnay and the Katnook Estate Founder’s Block, from South Australia Limestone Coast, is also well priced. Really excellent and aren't I glad I bought a bottle of it in Bradley’s just a few days ahead of the tasting. Looking forward to that even more now! 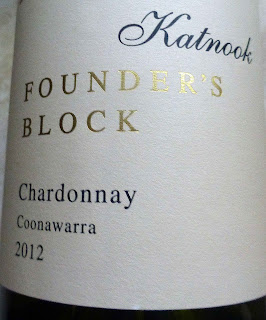 And the good Chardonnays kept coming. The Wolf Blass Gold Label 2013 (Adelaide Hills) is just superb. And we finished on another high, impressed hugely by the 2011 Wirra Wirra 12th Man (also Adelaide Hills) and imported by Tindal.

Part Two, featuring the red wines, is here. Plus post on the wines of Kelly's Patch.