Sonny, described as the Merchant of Broth, has recently taken a stall at Mahon Point Farmers Market and here last Thursday, I found my Taste of the Week. 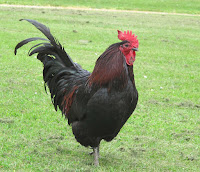 It is Sonny’s Chicken Broth and a pot of it, enough for two, will cost you a fiver. It is a Vietnamese broth and the proper title is Phỏ Gà. It is made from Tom Clancy’s free range chicken and enhanced with star anise, cinnamon, black cardamom, lime leaf, charred onion and ginger. Tom also has a stall in Mahon.

The aromatic broth is refreshing and delicious, packed with flavours. And it may even be good for you - not that they were saying so at the market stall. According to the Mayo Clinic, chicken soup is a cold remedy used in many cultures; taking in warm liquids, such as chicken soup, tea, or warm apple juice, might be soothing and might ease congestion by increasing mucus flow. You can also read good things about it in this New York Times article.
Chicken Broth Mahon Farmers Market Phỏ Gà Sonny Merchant of Broth Taste of the Week