Cafe Paradiso. Back to the Garden.


Cafe Paradiso. Back to the Garden 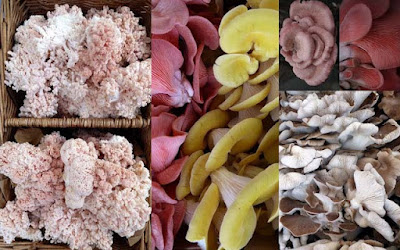 Eden may have been lost with a single bite of forbidden fruit but the garden can always be regained, at least in the Cork region, with a visit to Cafe Paradiso. No fruit, no vegetable forbidden here! Every meal in the city centre restaurant reinforces what one of my friends, who travels widely in the hospitality industry, told me a few years back: "It is not alone the best vegetarian restaurant in Ireland, it is probably the best restaurant in Ireland".

And what is perhaps not generally known, except to the regulars of course, is that Paradiso has a superb wine list. The lower end and the slow-moving higher end have been chopped from the list and what remains is packed with quality, great choices, between approximately thirty and forty five euro a bottle.

We were part of a seven person group the other night so the wines were shared, along with many a good laugh. Good advice on the wine list is also available and so we started with the Höpler Grüner Veltliner 2014, 12.5% Burgenland, Austria and finished with the Friedrich Becker Spatburgunder Pinot Noir 2011, 13.5%, Pfalz, Germany.
Others we could have had included the Susana Balbo ’Crios’ Malbec 2013, 14%, Mendoza, Argentina and the Alvaro Palacios La Montesa Rioja 2012 in the reds while among the whites that caught my eye were Wittmann Riesling Trocken 2012, 12% Rheinhessen, Germany and the Dos Victorias ‘Jose Pariente’ Verdejo 2013, 13%, Rueda. But it is easy to get a good one here as the list is really superb. If you’re not sure, just ask your server! By the way, all the wines are available by the glass, by 250ml and 500ml carafe and by the bottle.

Back to the food then and I'm not going to bore you with all the details. We picked the three course option here and you have lots of choice for forty euro. Two courses will set you back thirty three euro.

I had been toying with going for the truffled sunchoke soup with hazelnut gougere and buttered shiitake from a list of six starters (all tempting) but settled instead on the Macroom Buffalo Mozzarella with roasted carrots, pickled fennel, chermoula, preserved lemon and pistachio dukka. Amazing flavours and textures on this plate and the roast carrots came in for compliments all around the table.


There were also six choices of mains but, amazingly, the majority of our group went for the roast aubergine parcels of cavolo nero and coolea cheese with miso gravy, beluga lentils,


pumpkin gnocchi and a green pepper and caramelised walnut salsa. Aubergine is one of my favourite vegetables in any restaurant but this was vegetable heaven, every little bit, the gravy, the lentils. Even CL polished off the gnocchi, usually left on the side! “These were good ones”, I was told.


And you must try the sides as they are superb as well. They do include sprouts but not like you've known them. Here they are served with tomato, chilli and ginger and well worth the fiver as are the Paradiso chips with truffled aioli.

Time then, and desire too, for dessert. Lots of temptation but I made up my mind early on the Orange and Date Bread and Butter Pudding and its Rum Custard. Oh la la! And other desserts enjoyed at the table included a Dark chocolate mousse with gingered pear and salted caramel popcorn and also Vanilla pod ice cream with brutti ma buoni, espresso and a shot of frangelico. A sweet end to a terrific meal and service was flawless throughout. Very Highly Recommended.


The menu here is based largely on local and seasonal produce.  Gortnanain Farm is the primary source of veg (and honey). All cheeses (which include Coolea and Macroom) are Irish except for Feta and Halloumi. Mushrooms are Ballyhoura or foraged. More details on the restaurant, founded 23 years ago, here.