November 10, 2015
Superb Cono Sur & Penfolds Tasting in Cork
Two of the world’s leading winemakers were in Cork last week for an unusual double tasting. Adolfo Hurtado came from Cono Sur in Chile to link up with Andrew Baldwin of Australia’s Penfolds. The event, in the Blue Angel Bar at the Opera House, was organised by Findlater Wines and was more a masterclass than your basic tasting. Lots of notes and photos were taken and it’s been a job to edit it all down to two posts, the first below features Adolfo and Cono Sur, the second (here) sees Penfolds in the spotlight with Andrew going solo!
Part One 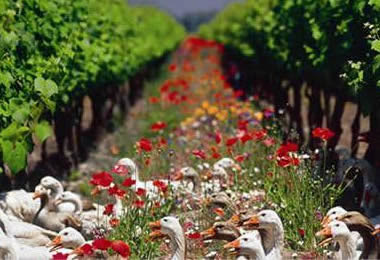 Cono Sur
Adolfo Hurtado, MD and winemaker at Cono Sur, grew up on his father’s dairy farm in the beautiful Casablanca Valley in Chile. The young Adolfo was interested in farming and went on to study Agronomy and began to realise that he wanted to do winemaking. There was a tradition of winemaking on his mother’s side as her father had been a wine-maker.

We asked him about his and Cono Sur’s commitment to organic wine-making. It is not just about the photo opportunity that their geese (who gobble up the bad bugs!) and the bikes that get the workers around the vineyard provide!

“The country itself was the first motive,” he said to me in the Cork Opera House last Wednesday. At the end of the 20th century the Chilean land was “in extraordinarily good condition, diseases were absent and in 1998 we decided to use the advantages that Chile could offer”. 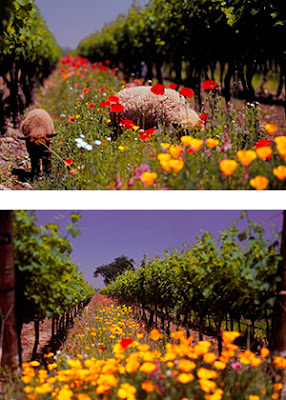 “Sure there is more paperwork but the possibility of replacing chemicals was an incentive. We couldn't use nitrogen anymore and that was a problem at first. But now “it is amazing, so healthy. And it is really beautiful now and the results are better.”

And Chile added to its natural isolation with strict controls to limit the access of four legged or winged creatures that might harm its vineyards and is determined to keep its land clean and healthy. The geographic isolation has four main features: desert (to the north), Andes (to the east), ice (to the south) and the Pacific (to the west)

The shape of the country too too helps it diversity as a wine-producer and remember that the diversity is found as much in an east-west direction as much as in the north-south line.

Cono Sur have some 400 acres certified as organic and many more acres are farmed in an organic way even if not certified as such.

And some of the organic ways are so so simple. Here are two examples that Adolfo mentioned during the tasting. Remember those geese? Well they are there to stop the Burrito beatle. This beetle climbs the vine and can do huge damage. But a band (an INIA band) around the trunk of the vine halts its progress, it falls back down and then the geese go to work.

The California thrip is another big pest as it can damage the vine at its flowering stage. The solution is to plant rows of very colourful flowers between the vines. The thrip  now leaves the plain flower of the vine and heads for the “sexy” colourful flowers.

Talking to Adolfo you'll soon realise that Pinot Noir is a favourite of his. “It is our flagship, a most important wine for us. We bought an estate that had been planted with Pinot Noir in 1968 by the previous owners and in 90s we started at the block. Our first Pinot Noir was exported to Japan and the UK and they liked it. It became more and more popular and we are now the biggest Pinot Noir producer in the world, selling some 6,000,000 bottles annually.” 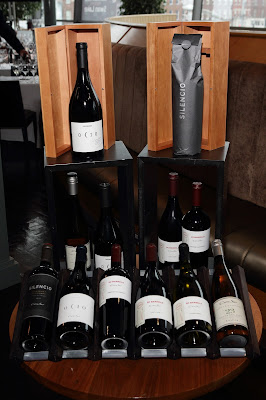 Does he think that Irish people know much about Chile, aside from its wines and footballers?
“Chile needs to be re-discovered and the perception has changed a lot. People from outside now think of it as being a really natural country, beautiful, even with volcanoes and earthquakes,  and are more interested in discovering it.”

While wines from Chile do very well in Ireland, Adolfo and his team still have much to do on the wider front. I pointed to the 2016 edition of the Hugh Johnson handbook where Switzerland has more space than Chile and where New Zealand has 11 pages of listings as against four for Chile.

Adolfo responded: “Chile had been known for its good value for years. And the challenge now is to get people to trade up, to get them to realise that Chile is also a producer of premium wines and that is why we organize events like today.”

We asked Adolfo to recommend a couple of wines to an Irish consumer that was interested in starting to explore Chile and he picked two from their Bicicleta range, the Cabernet Sauvignon and, of course, the Pinot Noir! Cheers.

The Cono Sur Tasting
20 Barrels Sauvignon Blanc 2015
From the El Centinela vineyard in the Casablanca, this brings with it “a hint of saltiness” from the nearby ocean. “It is mostly citrus with great concentration and a nice minerality”. And a lovely freshness that could be applied to all three whites.
20 Barrels Chardonnay 2014
Adolfo wasn't convinced of the usefulness of concrete eggs in the vineyard until he tried them with this, 10% in eggs, the balance in new French barrels. “The egg helps with complexity, good for the palate, doesn't do much for the aromas.” Another delicious white with good balance and, yes, those salt elements again. It comes from the same estate as the Sauvignon blanc.
Single Vineyard Riesling 2015
This one is from the cool south, from the Bio Bio (pronounced bee-o, bee-o) valley. It has a nice concentration and “the six grams of residual sugar helps the balance”. You’ll find note of flowers, apricots, peaches and grapefruit. But no petrol. You might get that next year when it has spent 10-12 months in the bottle. This was bottled just last August.

Ocio Pinot Noir 2013
This is Cono Sur's “first ultra premium Pinot Noir”. Ocio, pronounced Ossio, means leisure (your time to enjoy). Think you could enjoy this beauty at any time. Adolfo certainly does and told us his favourite match with this Casablanca wine, produced just 30 kilometers from the ocean, is Tuna with blueberry sauce.

Silencio Cabernet Sauvignon 2011
Adolfo and Cono Sur are also very proud of the Silencio, recent winner of the Best Red Wine in Chile award. It comes from Alto Maipo, close to Santiago. The aging process consists of 22 months in French oak (100% new, medium toast), two months in stainless steel and two years in bottle. Full of character, silky with “deep concentration” it is another winner from Cono Sur, a winner with an aging potential of at least 10-15 years, maybe longer!