November 11, 2015
Superb Cono Sur & Penfolds Tasting in Cork
Two of the world’s leading winemakers were in Cork last week for an unusual double tasting. Adolfo Hurtado came from Cono Sur in Chile to link up with Andrew Baldwin of Australia’s Penfolds. The event, in the Blue Angel Bar at the Opera House, was organised by Findlater Wines and was more a masterclass than your basic tasting. Lots of notes and photos were taken and it’s been a job to edit it all down to two posts, the first here features Adolfo and Cono Sur, the second (below) sees Penfolds in the spotlight with Andrew going solo!


Andrew Baldwin is a leading winemaker at Penfolds of South Australia. But, as a young man, he started there as a distiller! He was making neutral and brandy spirits. He has been there for thirty years now - the company do seem to have many loyal long-term employees - and he has been making wine since the 90s, “everything from Bin 28 to Grange”.
Grange, of course, is “an icon” and has been described as “an institution”. It was first made in the 1950’s by Max Schubert and was soon “the subject of controversy” according to Andrew. Schubert was told by the board that it was like a dry Tawny Port and “who, in their right mind, was going to drink a dry Tawny Port”. 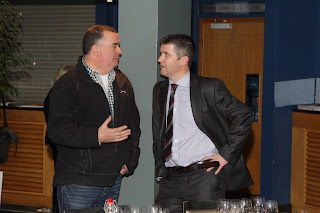 Back at base, Max continued to work on the Grange. But in secret. Just like winemakers in France during the WW2 occupation, he constructed fake walls and made three vintages behind closed doors in the tunnels of Magill Estate. At that point, the board's interest was revived and Max was able to reveal his secret, even if stocks were limited. Its fame soon grew and the standard has never dropped.

During the 50th anniversary (2001) of Max Schubert’s creation of Grange, to recognize its consistent quality and renown, the national Trust of South Australia listed Penfolds Grange as an official heritage icon. To see Russell Crowe’s 3 minute video of Grange, please click here.


Following many years of continued growth, in both the production and the reputation of the wines from The Grange Vineyard, Penfolds (once owned by Guinness) now accounts for 50 percent of all of the annual wine sales across the whole of Australia.
The company is also a huge exporter and much of the credit for that goes to Dr Ray Beckwith. Andrew says Ray, a contemporary of Max Schubert, “put science behind wine in Australia”. “He helped give stability to the wines and that led to exports”.


Up to the 1950s, as you'll see in the Crowe video, much of Australia was drinking Port and Sherry type wines. And indeed that was how Penfolds started, back in 1844! Englishman Dr Christopher Rawson Penfold and his wife Mary arrived with cuttings from the South of France and proceeded to make fortified wine “for medicinal purposes”.
And Andrew acknowledged that “Tawny style wines were our foundation” and told me that the Port (not necessarily for medicinal purposes anymore) is still a vital part of the production with three being made from ten year old to 35 year old. He describes the older one “as the great grand-father, a wine of exceptional complexity”. 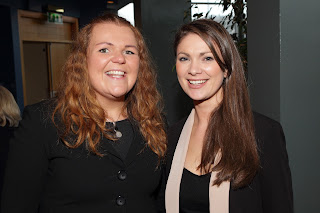 Penfolds are known for their blending prowess, grapes bought in from near and far, but they also celebrate terroir and the Holy Ground in this regard is Block 42. Andrew says that this 10-acre block was planted only 30 years after the great 1855 Bordeaux Classification and comprises the oldest plantings of Cabernet Sauvignon continuously produced in the world.

It’s been all red wine in this piece so far but Andrew pointed out that “the white wine portfolio compares well. Two years ago, our Chardonnay was ‘best in world’”.
We asked Andrew for a few tips for someone wishing to start exploring Penfolds wine and, without hesitation, he recommended the Koonunga Hill Shiraz Cabernet because of its “drinkability and lots of fruit” and he also said the Koonunga Hill Chardonnay is “really approachable”. 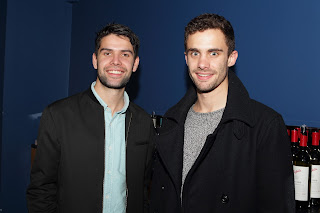 Bin 51 Eden Valley Riesling 2014
Andrew  told us that the Eden Valley produces white wines “more floral, more aromatic” than the Clare. “It has good balance, great with seafood or as an aperitif. There are lime lemony characters and, with sugar under 2 grams, it is very very dry.”
Bin 2 Shiraz Mourvedre 2012
The first red and our first example of blending, the fruit for this coming from the Barossa, McLaren Vale and Padthaway. The Mourvedre, better known as Mataro (the Aussies prefer the easier pronunciation!), “adds spiciness and evenness to the palate”. It has spent 10 months in a mixture of oak. This is a relatively new blend and popularity continues to grow, especially in the Asian market.
Bin 8 Cabernet Shiraz 2012
This is one of their newer wines and dates from the early 90s. It has a lovely sweetness and Andrew was quick to point out that the sweetness is natural” “It comes from the fruit, not from sugar!” This particular year the blend was 57% Cabernet and 43% Shiraz and that is close to the usual proportions. It has been matured, for 12 months, in seasoned and American oak, with 13% in new French oak, and has “a lovely whole mouth sensation. The two varieties complement each other.”


Five vineyards contributed to the previous wine and the same number to this, emphasising the multi-region focus of Penfolds and again it has been in a mixture of oak for 12 months. It is a serious wine. “Nose is dark, palate also, ...quite complex… and can be laid down for a long period.” Notes indicate peak drinking between 2017 and 2030. Not bad though in 2015!

Bin 389 Cabernet Shiraz 2013
I assume some of us were hoping that Andrew would pull a bottle of Grange out at the last minute! But he did come up with this beauty, also known as Baby Grange or Poor Man's Grange, in part because ”components of the wine are matured in the same barrels that held the previous vintage of Grange”.

Like Grange, it is a “judicious balance of fruit and oak". The fruit mix is Cabernet (51%) and Shiraz. It is quite complex both on the nose and on the palate (where the winery rating is expansive, explosive, exotic). It is made in the Penfolds style, richer, more tannic “and the time on lees gives more flavour.” Over time, the colours change, the wine softens out, the tannins too. Worth keeping by the sound of it! Indeed, peak drinking time is indicated as 2018-2035.

After the tasting, we had time for more chat and time too to enjoy some tasty nibbles from Victor and his team in the House Cafe.